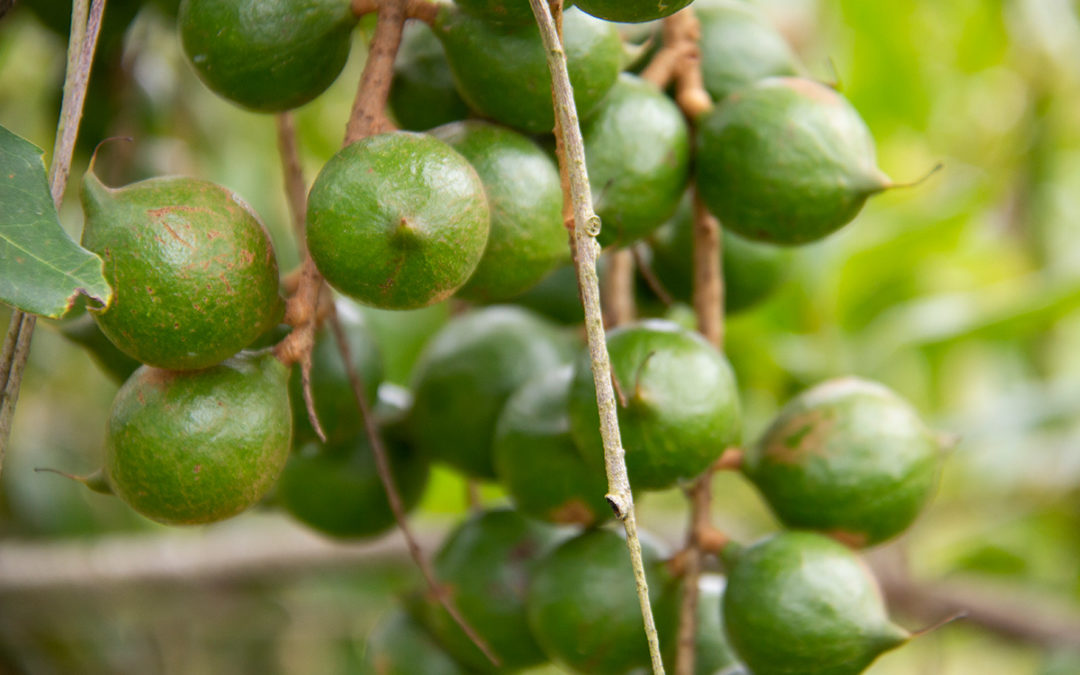 A vibrant hands-on management style plays a leading role in the success of KwaZulu-Natal’s largest macadamia nursery, T&T Agric, with qualified nurseryman and the company’s managing partner, Colin Rand saying attention to detail and a consistently transparent relationship with growers, was his success story.

Colin Rand (35) moves fast, speaks fast and seems to think even faster!  And his attention to detail in KwaZulu-Natal’s largest macadamia seedling nursery is not only making sure the operation runs like clockwork, but his passion and knowledge on each aspect of the development of the young trees is proving invaluable to the growing number of farmers who are planting the crop in the province.

A qualified horticulturalist and a trained nurseryman, Rand has a passion for his profession and encyclopaedic knowledge that rolls off his tongue at a rate of knots.

“Timing is everything. Also you have to constantly keep an eye on the growing trees.

One mistake that causes a delay means our customers lose money. There is absolutely no room for error here,” Rand says.

The father of two who is also a managing partner at the T&T Agric facility said the operation was audited in December and was now a fully accredited nursery under the auspices of the Seedling Growers’ Association of South Africa (SGASA).

“All nurseries that were accredited by the South African Macadamia Growers’ Association (SAMAC) now have to be audited by SGASA as well and we are.”

The nursery, near Ifafa Beach on the KwaZulu-Natal South Coast, is the largest in the province and Rand now has his eye on growing the operation to be the biggest commercial macadamia tree nursery in the country.

A vast sea of green seedlings spread under a haze of misty spray and shaded by acres of black cloth gleams with good health in the morning sun.

“The trees will tell you, they will show you when they are stressed,” he says.

And while playing his cards close to his chest on some of his top trade secrets, Rand explains how the nursery mixes its own growing medium which is designed not only to get the trees off to a good start but to protect against pathogens and root diseases, bacteria and fungi.

“We send samples of our water growing medium to the Quality Management Services (QMS) laboratory regularly. That is prescribed by our accreditors. We mix our own growing medium that includes river sand, well composted pine bark and dolomitic lime, the lime balances the pH (potential of hydrogen) of the growing medium.”

After finishing school in Port Elizabeth, Rand went to Cape Town to study fine art, all the time knowing it probably wasn’t the right career path for him.

“While studying art I had the most fabulous herb garden in Cape Town. I just have to grow plants wherever I am!”

Cutting short his art studies he enrolled for a horticulture course at the Cape Town Technikon before qualifying as a nurseryman.

Then Rand said he “took a chance” on a job at a banana nursery, which was part of a community project at Levubu in Limpopo. In 2010 he then moved to a local macadamia estate where he was trained as a junior farm manager.

He started the first micro-grafting project in Limpopo before making his way to KwaZulu-Natal following a chance conversation over a braai fire while camping in the Kruger National Park.

Diversification on the cards

Now his plans include diversifying into citrus and avocado seedling production and to assist farmers to get permits to grow guavas as a cash crop alternative.

“We have obtained our permit and are trialling a high-density orchard, we also have a permit to produce and sell guava seedlings once an interested farmer has his permits in place.

South African legislation requires that both growers and nurseries in KwaZulu-Natal apply for permits to grow guava seedlings as they are listed as a Category 3 invasive species in the province.

Over 5 000 macadamia seedlings leave the nursery each month to fill orders from farmers who in some cases, have had to wait up to 15 months for their trees.

“We just can’t keep up with the demand. It is a long time to wait, but the farmers also have to have time to prepare their orchards. It can cost more than R100 000 a hectare to plant macadamia trees or R20 000 a hectare annually over 5 years, so the preparation of the soils and irrigation infrastructure ahead of time are critical.

“From our side there is no room for error because if the farmer has prepared his orchard, it is ready for planting and he has ordered his seedlings from us to be ready in accordance with his timetable, any delays mean loss of time and income both for us and the farmer. And I can tell you I don’t ever want to have to make that phone call to a farmer to say there is a delay.”

Currently the nursery houses 240 000 trees with another 10ha in a year-on-year phase-in process.

The nurseryman has also manipulated the bag size the young trees are grown in to make optimum use of the space available in the nursery.

“And then on top of all that we still have to make the place look pretty,” he said.

The T&T Agric nursery employs about 45 workers who are mainly women. The seedlings take 30 months from the start of the growing process to being ready for delivery to the growers.

The growth and success of South Africa’s macadamia nut industry is a good news story that seems to go largely unheralded.

The country is the largest exporter of the nuts in the world, and the quality of the crop is of such a standard that the manufacturers of Haagen Daz ice cream, for example, will use only nuts grown here for their world famous desserts.

In 1996 there were one million producing trees in South Africa. That number increased to 6.5 million by 2016, spread over 21 500ha of land mainly in Mpumalanga and KwaZulu-Natal.

Alex Whyte, who is the marketing manager for one of the largest producers of macadamia nuts, Green and Gold Nuts in Mpumalanga, says output is expected to double by 2020, particularly as more and more sugarcane farmers diversify their operations.

Returns can reach up to R200 000 a hectare after costs.  The trees produce a profitable yield every year and the return is on a much less intensive crop compared with sugar cane.

The trees must be pruned annually before they flower. The pruning is aimed to keep them at six metres in height making for easy harvesting access and to provide “windows” of light.

Trees can bear fruit for years

In some cases, trees that were planted as long ago as 1969 in KwaZulu-Natal are still producing on an annual basis, although on average, Rand said they usually bear fruit for anything up to 15 years.

Certain varieties, such as A4, which Rand describes as a “precocious” tree, can produce commercial yields in three years. Other popular varieties include 816, an upright and moderately dense tree with a very high percentage kernel recovery and Beaumont, a variety suitable for moderately dry subtropical areas.

And now the T&T Agric nursery has started exporting the seedlings as far afield as Zambia. “I can tell you the next macadamia nut production boom is going to happen in Mkushi in central Zambia and guess where they are buying all their seedlings from? South Africa!”