Do we have enough water for all our macs? 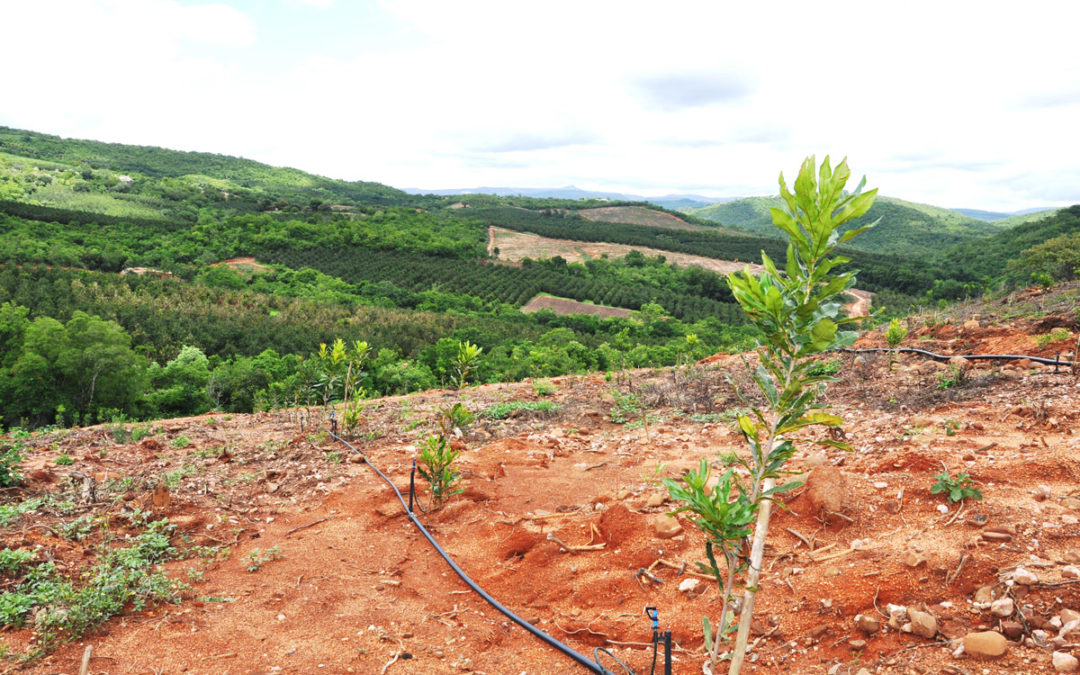 The continual prosperity of the macadamia industry has led to a rapid increase in orchards with the industry adding around 2 000 additional hectares each year.

With water shortages increasingly becoming the norm, questions are being raised now around the availability of the precious resource for the new orchards.

Since the industry is still relatively new in South Africa, little research has been done on what ensures the sustainability and profitability of a macadamia farm.

Central to this lack of research is water use efficiency (WUE).

Theunis Smit, senior technical advisor at Mayo Macs said the challenge in using water wisely was no research existed on how much water a macadamia tree really needed. 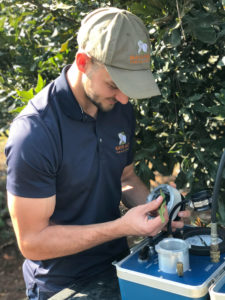 “We know how much water the trees can use, but the biggest challenge is to determine the minimum amount we can get away with. Because profits on macadamias are high, farmers are making money and they are not pressed to adopt new technologies to increase efficiencies.”

He said one of the obstacles in determining optimal water use was there was no one size fits all approach. “Trees are not uniform and there can be one tree drowning and another drought stressed all in the same orchard. Furthermore most farmers don’t know how much water they are giving their trees. They can tell you how long they are irrigating, but not how much, and a lot of the water is being flushed away, taking all the nutrients with it.”

The problem is exacerbated by the fact that little irrigation research has been done. Much of the global research originates in Australia and the majority of orchards there are dryland as research in that country has showed there was little benefit to irrigating in high rainfall areas.

Theunis said because water use was area specific it was difficult to determine the exact water requirements for macadamias and because the nuts were so valuable, farmers were inclined to over water rather than under water to reduce the risk of a sub-standard crop.

While it is difficult to pin-point the exact water requirement, research conducted by Mayo Macs and the Water Research Commission shows that mature orchards require 750mm – 850 mm a year in the Nelspruit area.

If trees are over-irrigated they are placed under enormous stress because much of the oxygen in the soil is removed. The lack of oxygen results in a shortage of micro-elements, the biggest of which is a lack of iron. If the trees are given too little water it can result in a reduction in yield and quality of nuts.

On the issue of on-going water availability for the exponential growth in land under macadamias, Theunis said macadamias used less water than other crops such as sugarcane.

“Since sugarcane is being replaced with macadamias in many areas, it will result in more water being available, which should be sufficient for all the trees in the future. I believe with new technology and advancement in research we can reduce water use further, which will also result in more available water for the new orchards,” he said.

Theunis said the water footprint of crops was increasingly going to become an issue world-wide. “The world is watching what we do with our water. We need to be able to determine the WUE of a crop, in other words, how many litres does it take to produce a kilogram of nuts to determine the crops feasibility in a water-stressed world.”

Research has shown that it takes 1000 litres of water to produce 850 grams of macadamia nuts. The same amount is required to produce 1kg – 2kg of avocadoes or 6kg – 7 kg of citrus fruit, respectively.

“In layman’s terms, that’s 200 five litre buckets of water for a handful of nuts!”

“This makes macadamias a good investment in terms of where we must priorities our water use. The question then remains can I afford not to give this crop water? When 100kg’s of macadamias brings in R7000, farmers are going to irrigate however much they can to ensure they get the best yield possible. But farmers have to take into account the cost of the water, electricity, tree and soil health. To take a holistic approach to the real cost of over-irrigating, the quest then for the perfect balance becomes all the more important.” 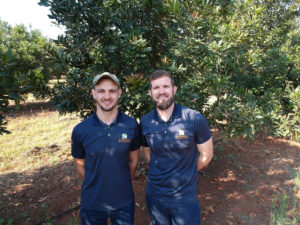 The macadamia industry is increasing at 2000 hectares annually.

Preliminary findings from a study on the effect of water stress on a macadamia crop have showed trees irrigated the least yielded the best nuts.

It forms part of a long-term, three year trial to determine the impact of water stress on different phenological periods on the quality and yield of macadamia nuts. To date the first year’s findings have been released and show that dryland macadamias outperform their irrigated counterparts.

The trial was done on a mature, three hectare Beaumont block in the Nelspruit region. Control trees received normal irrigation according to DFM capacitance probes at a rate of around six hours per week, using 50 litre micro sprinklers.

The second block was half-irrigated using 25 litre micro sprinklers and another block received no irrigation. There were four other blocks that received water at different times during the season.

“While these findings are exciting with regards to the future use of deficit irrigation in macadamia nut orchards, we must realise that this is only preliminary data and the trial must continue for at least another two years before we can get conclusive results on the impact of water stress,” said Armand. 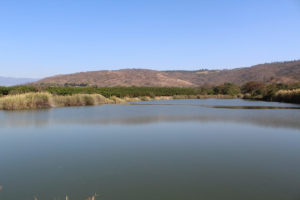 The expanding macadamia industry is placing a greater demand on available water resources. 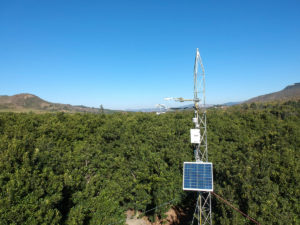 Water use monitoring equipment used in the WRC macadamia project.