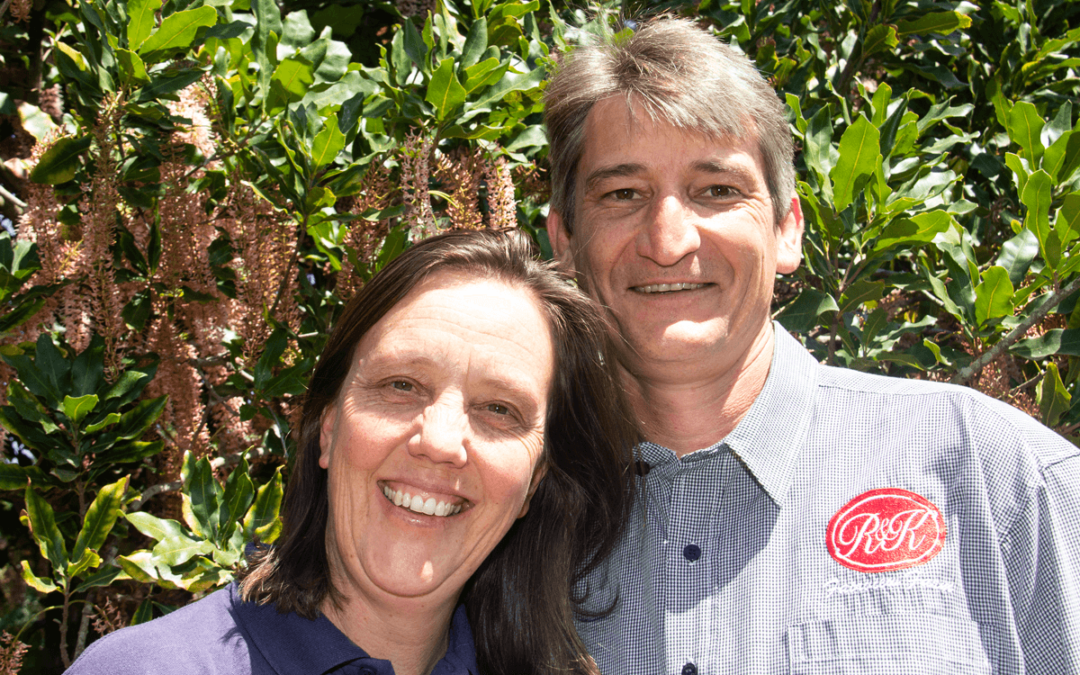 Oribi Flats macadamia farmers believe transformation is about understanding the community in which they live, identifying leaders and then giving them opportunities for learning while at the same time creating space where people are incentivised, respected and promoted.

Andiswa Maketa was a domestic worker in Johannesburg before she made the decision in 2011 to move to the KwaZulu-Natal south coast with her employers Karen and Robert Carlton-Shields.

Maketa knew nothing about farming and her main reason for making the change was to live and work closer to her mother who lives in Mthata in the Eastern Cape.

Never in her wildest dreams did she think she would become a supervisor on her employers’ macadamia farm.

Now her responsibilities include staff management and the computerised administration of the business. She has also passed her driver’s and forklift licence tests and bought her own car.

Maketa is central to the day-to-day administration of the farm, which says Karen, frees her up to focus on other farm priorities.

Similarly, Pinky Ngcobo, who not so long ago was a picker in the orchards, has her Professional Driving Permit and was promoted to Operations Supervisor earlier this year. 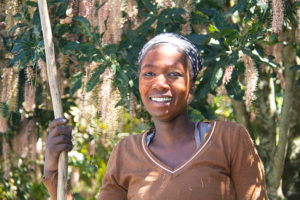 Bongi Ngcobo, one of the amazing ladies that works on Fairview Farm. 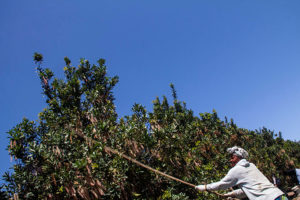 Bawanile Mzotho gives the macadamia trees a good shaking to encourage the nuts to drop for easier harvesting. 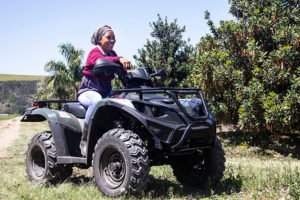 Pinky Ngcobo, the Operations Supervisor at Fairview Farm returns from checking the irrigation systems in the orchards.

“When Karen and Robert first came here, I was a general farm worker, slashing the grass and spraying the weeds,” said Ngcobo.

And Zama Mbele – the newly promoted Maintenance Leader – says from picking the nuts to where he is today has given him motivation to keep on learning and to see himself growing and shining both at work and in his community.

All three, the Carlton-Shields say, are integral to the successful running of the 101ha macadamia orchards on the Oribi Flats inland from Port Shepstone.

“We see our staff as the backbone of our business – the very centre of its success – we are only as successful as the people who work for us. Because of our corporate background, and the training and development we received there we bring a very different mindset as to how we want to develop our people here,” they said. 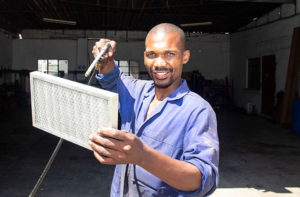 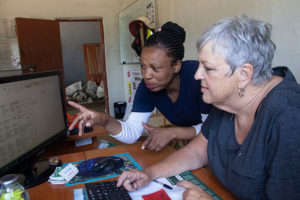 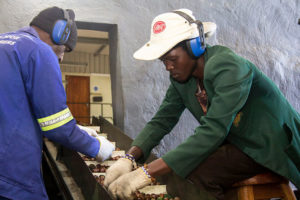 Sibongiseni Shazi, left and Mlamuli Mbutho sort the newly harvested nuts as they arrive onto the conveyor belt in the farm’s sorting facility.

The farm is over 200ha with the portions not under macadamias left as natural grassland, which the couple say is important for the promotion and protection of the natural environment.

Karen and Robert have a very remarkable story to tell but they pointedly keep diverting attention away from their decision to leave the corporate sector in Johannesburg and become macadamia farmers.

They say this is because the achievements of their staff are what they want highlighted.

To them those are the stories of true courage and determination.

“Karen and I were in high level corporate jobs in Johannesburg,” said Robert.

“My area of expertise is the management of hazardous and toxic chemicals, while Karen is a qualified health and safety professional. Karen saw her dad work his whole life in the corporate sector. She just knew she didn’t want to live her whole life in the same way. Her dream was to farm coffee in Kenya,” Robert said.

He told her they could farm, but just not coffee in Kenya!

It took four years and a tremendous amount of research and “homework” before the couple finally bought Fairview Farm.

Robert is in charge of the farm’s strategic planning while Karen runs the day-to-day operations. which include staff management.

“We arrived here on June 1, 2011. And we hit the ground running. Yes, we had done our homework, but the reality of the farm was way different from the theory. We didn’t have time to think, we just had to get on and do it,” he said. 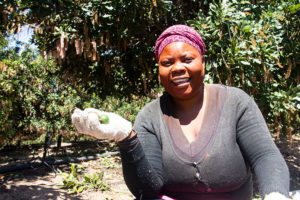 Sibonile Mbutho holds up the macadamia nuts ready for sorting and processing at Fairview Farm. 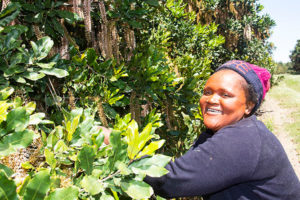 Nokwanda Gumede harvests the late bearing Beaumont macadamia variety. She says the work is important to her and her family who live in a neighbouring community. 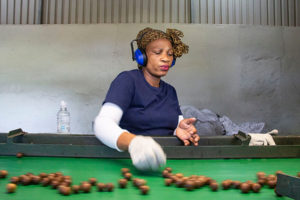 Fairview Farm has about 26 000 macadamia trees, some of which are irrigated and some dryland.

Most of the trees on the farm are Beaumont cultivars.

“The climate is very different from that on the coastline so we typically have multiple flowerings and our harvesting is late. This presents challenges for us as well as for the local nut processors we supply. Our pickers who have such an arduous task are amazing, even after months of harvesting they are still cheerful and committed. Fortunately, our processors are understanding of the challenges as well and they have been very supportive over the years,” the couple said.

Once settled on the farm and as soon as they managed to catch their breath both Robert and Karen started identifying the people who they believed could be leaders, or as they say: “to step up and take over from us”.

“For us transformation is about the small steps rather than the big tokens which come to nothing,” said Karen.

The couple engaged the services of an industrial psychologist to assess the potential of their staff before putting together a practical plan on how to change thinking and learned behaviour.

Those who were identified as leaders were then sent on a formal training session which was hosted at a hotel in Margate.

“This in itself took most of the group out of their comfort zones,” they said.

“None of them had ever stayed in a hotel or had sat through formal training sessions before. We made sure the sessions were very visual and interactive as a result. They included training on personal development, conflict management, how to motivate people and work as a team. Our staff are beginning to realise their value and their role in the business. They have grown in confidence as they are seeing how their input is valuable and how important their contributions are to the decision-making processes on the farm. For us to see their yearning for knowledge and a burning desire to learn more and more has been a humbling experience.”

But it is listening to the hopes and dreams of the three staff members that the full impact of the journey thus far becomes clear.

Maketa, who is about to go off on maternity leave, has had to train her replacement on how to manage the administration of the farm.

For Ngcobo each day is about learning more new things, while for Mbele it’s constantly growing his skills as a leader.

“What I have learned here is that it is not a disgrace to say you don’t know something and then to ask questions on how to do that task right,” Ngcobo said.

“There have been challenges in my new role, but the training we received gave me tools to use to be able to cope with them. As supervisors on the farm, we also work together to solve our problems before we go to Karen and Robert,” the three said.

And for Robert and Karen, their unique incentive scheme and staff management model is aimed at continuing the development and growth already started in their people.

“We work in an environment of mutual trust and respect. And if one of them gets a better opportunity or head-hunted in the industry we support that because then they can grow themselves elsewhere.

Through our succession plan we will be able to find someone to step up into their place. Our whole aim is to see people elevated and to see them achieve the very best of their potential,” Robert said. 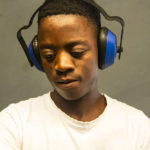 Manelise Cele who is the dehusker supervisor is one of the up and coming leaders at Fairview Farm. 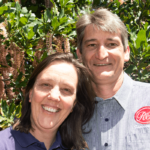 Karen and Robert Carlton-Shields who say creating opportunities for others to develop to their full potential gives them the greatest joy in the new life they have chosen for themselves. 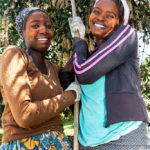 Bongi Ngcobo and Philile Zulu take a break from their task of knocking the ripe macadamia nuts from the late-harvesting Beaumont trees.