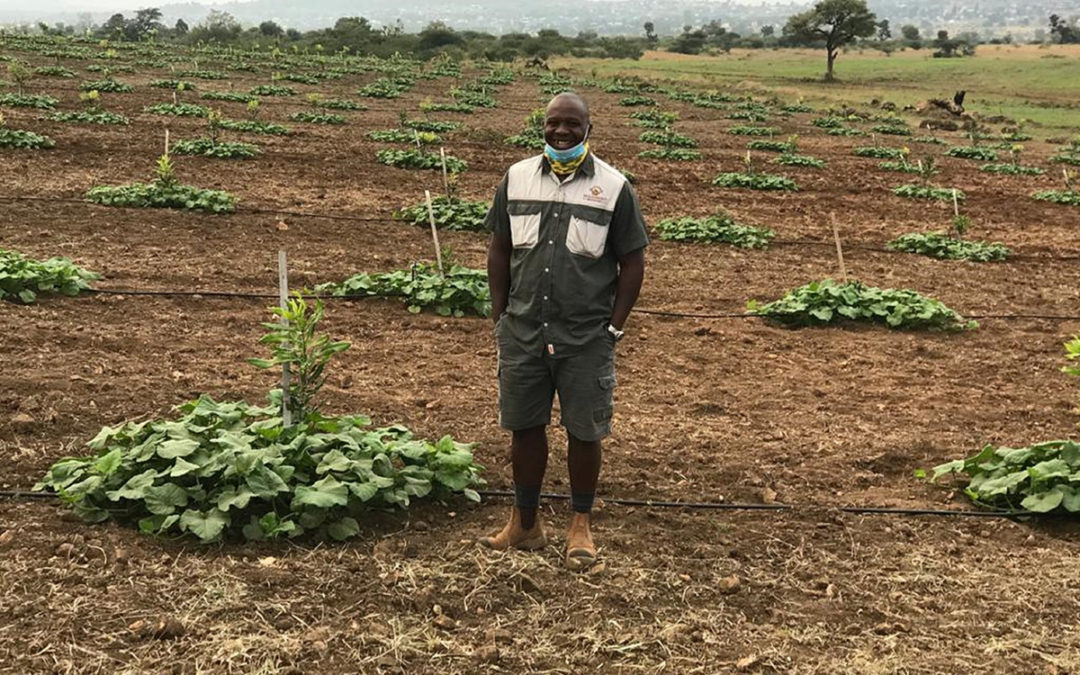 It takes money to make money, particularly in agriculture! But what to do when investors with deep pockets or rich, generous uncles are few and far between?

Crowdfunding is one of the 21st century’s most innovative finance models and a young South African is using it to give everyday people access to livestock and crop farming profits through incremental investment opportunities, better known as “crowdfarming”.

Ntuthuko Shezi, CEO and founder of the Johannesburg-based Livestock Wealth, has devised a financial model where those who want a stake in a farming enterprise can invest their money in just one pregnant cow, a free-range ox, or, in the case of a macadamia farm, just one macadamia tree, or two or three at a time.

Simultaneously, the model is making it possible for a new generation – which would usually find it almost impossible to raise money through traditional avenues for a farming venture – a stake in the agricultural sector.

Shezi started Livestock Wealth in 2015 as an investment platform for those who wanted to buy into livestock or farming but didn’t have the wherewithal to purchase a farm, or a herd of cows, for example.

“Trading and investing in cattle and agricultural produce is as old as time,” he said. “It is something we Africans inherently understand, and is part of our culture. It is easy to invest in the Johannesburg Stock Exchange (JSE) – which is one of the biggest stock markets in the world – but how many people really understand how it works? How many people can confidently invest their money in a system they don’t understand? With the JSE’s complicated lingo many don’t even understand what they are investing in. It can scare them off. But Africans understand cattle, they speak to our heritage.”

With a degree in electronic engineering and an appetite for entrepreneurship, the farmer said in his opinion, the best way to predict the future was to look back into history.

“I asked myself, what has always worked as an investment in the past? The answer was agriculture. If not cattle, then it was crops.”

As a result of his thinking he bought a farm, stocked it with cattle, and employed an expert to look after the herd. Once the cows were confirmed in calf, he put them up for sale on a website.

“Once an investor buys a cow, it becomes their property. We keep it and manage it. When the cow producers her progeny, the calf belongs to the investor and so their investment grows.”

From cows to nuts

The model, now known as “crowdfarming”, has been a runaway success and in November 2019, Shezi saw a chance to branch out into the lucrative macadamia sector.

“The intention had always been to go beyond cattle. I was looking for a high return crop, which meant I didn’t have to look much further than the macadamia industry. The sector is not only growing but is profitable and farmers are in need of capital. It really is a perfect pairing.”

Money accumulated from small investors can be an easier way to raise capital than approaching a commercial bank for a large lump sum. This is particularly the case for those wanting to start out in the macadamia sector, as commercial banks are generally reluctant to loan money to farmers who lease their land, or who need a massive cash injection against a crop that starts to show a return only about three to six years from planting.

But as Shezi says, on the other hand there are many investors wanting a lucrative space to “park their money”.

“As conventional lenders in South Africa don’t accept growing assets as collateral, new farmers often find themselves short of cash flow. This creates a huge barrier to entry. The farmers may have the skills to grow the assets but without working capital they will never succeed. 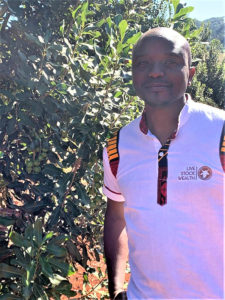 “Since macadamias are one of the most profitable crops to grow in the world, we know they have mass appeal to investors. But not everyone has the money, skills or desire to buy and manage a whole farm, so we offer an opportunity for the smallest of investors to get in on the game from their armchair,” he said.

Shezi said “crowdfarming” was a simple way to help anyone buy and own real profit-earning assets while at the same time help farmers to grow and maintain assets until they were ready for market or harvest.

“It starts with the investor buying an asset on the online platform, the asset then growing in the farmer’s care, and finally the farmer buying back the asset from the investor at a profit. In the case of macadamias, a farmer cannot put more than 50% of his crop up for sale. This makes sure he is still able to derive an income from the farm, rather than have everything belonging to an external investor.”

Those wanting to invest in the macadamia sector using the “crowdfarming”  model could start by buying a tree for R2 000.

Shezi said the company had calculated a minimum profit of R1 948 and a maximum profit of R2 164 after four years on each tree. That translates into the original R2 000 investment able to pay out as much as R4 164 after six years.

“There are not many other investment options out there that can offer those kinds of returns, especially not on such a small amount. The product is especially popular with city folk and we have seen investments range from small to large amounts.”

On the risks, Shezi said if there was one thing he had learnt about the agricultural market, it was that prices fluctuated over time.

“I don’t believe the macadamia nut market will ever bottom out to a point where we can’t pay our investors. We have looked at years of research and the numbers speak for themselves.”

However, he stressed that establishing trust with investors was key.

“Building trust takes time and we have to make sure we have a good track record. To start with we need to keep our promise to our investors and ensure they get the returns they bargained on. For that, we put experts in place to manage the cattle or crops. We are also regulated by the Financial Services Board and the Agricultural Produce Agents Council. We associate ourselves with reputable auditors as external eyes on our business.”

Livestock Wealth has a rigorous farmer selection process and is in the process of expanding its portfolio of macadamia farms.

Venda-based Gene Likhanya is the only macadamia partner farmer, having joined the company in November 2019.

A total of 658 of his trees have been bought by investors, earning him an estimated R1,3 million cash injection into his farm.

Likhanya said the investment platform had meant more to him than he could have imagined. “I have been able to intercrop with butternut squashes between the macadamias, adding to my cash flow. Not having to scrape together every spare cent to see me through six years has meant that I am able to make other investments that will pay off faster. For example, I used the investment money to buy earth-moving equipment for land preparation contracts on other macadamia farms in the area. I was able to put down an 80% deposit on the equipment, and the income from that business is used to take care of the trees.”

“The farmer must have the trees in the ground. That means we know he can already farm, and just requires the working capital for the next six years. We inspect the farm and the orchards and speak to neighbours and peers to get a sense of who the prospective farmer is. It is a rigorous process, but it has to be because we are working with other people’s money.”

Farmers who are interested in partnering with Livestock Wealth can apply online at www.livestockwealth.com.