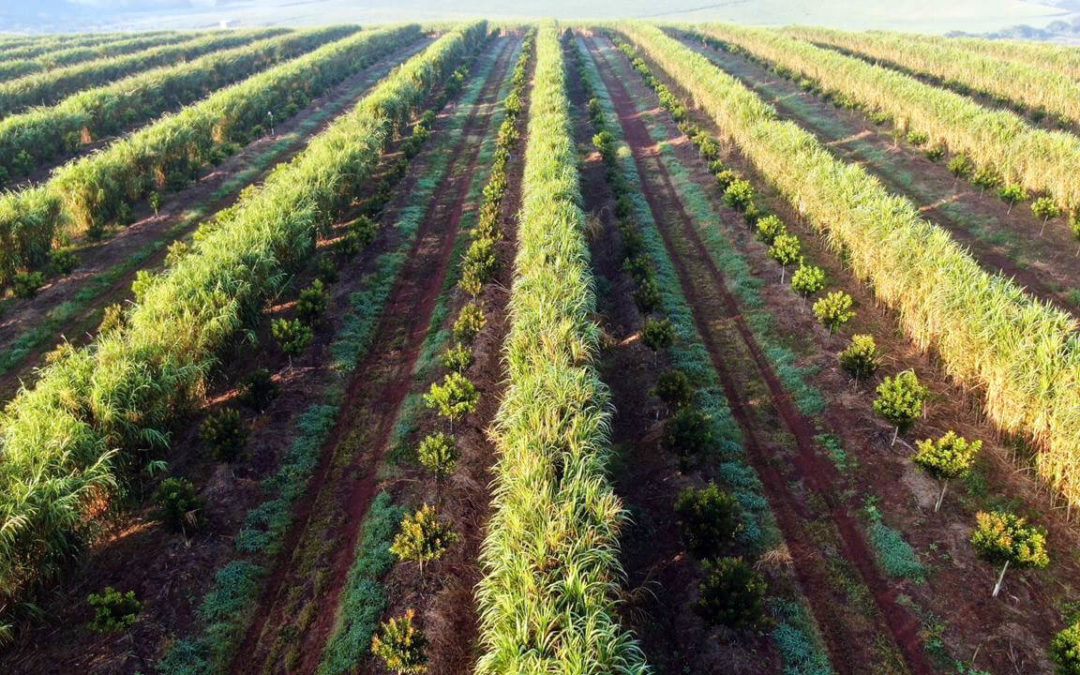 Extreme weather conditions have reportedly impacted yield in both South Africa and Australia during the 2020 and 2021 seasons, with mixed messages coming from Kenyan producers who seem to be on a boom or bust trajectory, depending on access to export markets.

South Africa is the largest producer of macadamia nuts in the world followed by Australia and Kenya respectively. The domestic crop is largely exported to China, the European Union, and the United States.

In its recently released revised forecast, South Africa’s macadamia representative body, SAMAC, said the consolidated figures received from its member handlers and processors for the first two quarters of the 2021 season indicated a forecast of 54 174 tons in-shell measured at 1.5% moisture content. 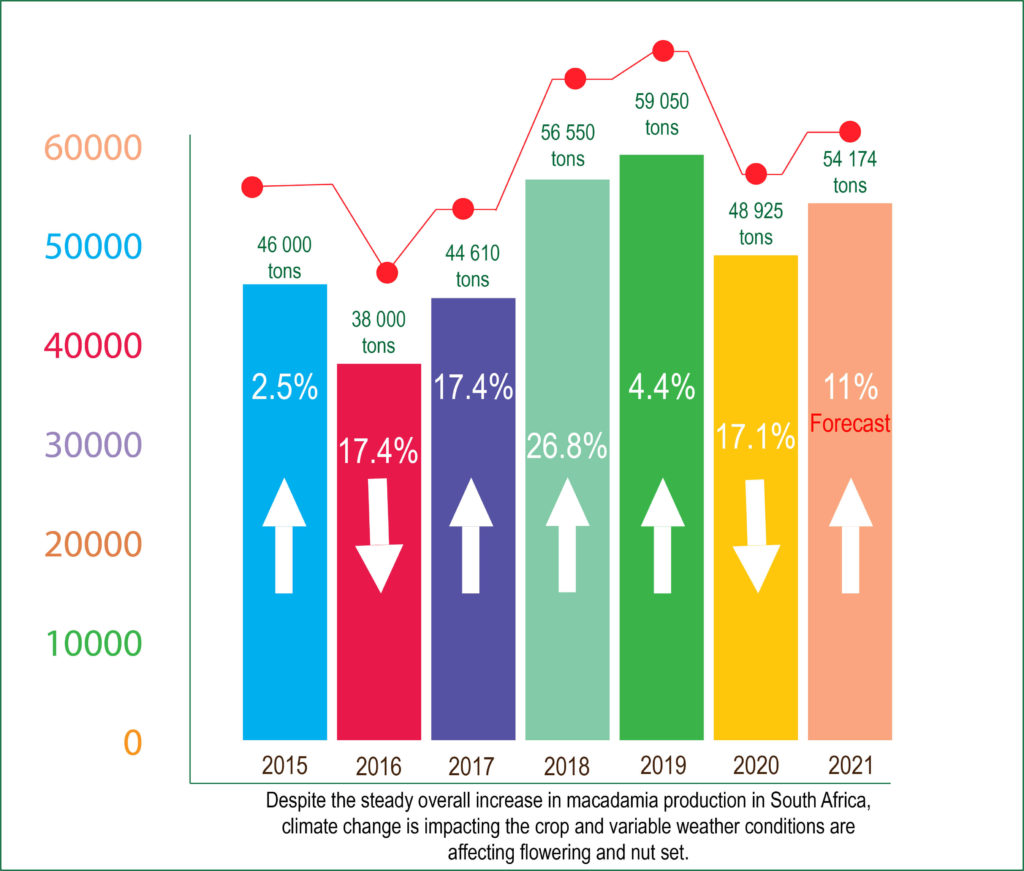 In 2016, South Africa reportedly produced 38 000 tons in-shell compared with 48 925 last year, with a total of about 28 357 new hectares established over the same period, mainly in KwaZulu-Natal.

In its statement, SAMAC said while the season had looked promising at the start, despite the very cold winter in 2020, unseasonal rain at critical times during flowering had resulted in significant flower blight, which had then impacted on the nut set. As in 2020, Beaumonts seemed to be the worst affected, with yield significantly down in Nelspruit and on the North Coast of KwaZulu-Natal.

Andrew Sheard, technical manager in KwaZulu-Natal at Mayo Macs, said what was concerning about the Beaumont crop on the North Coast was the particularly poor total kernel recovery, which he pegged at 3.6% lower than 2020.

Group Agricultural Technical Manager at the Green Farms Nut Company Barry Christie agreed the Beaumont variety had performed poorly across the producing regions. “Two weeks of cold, wet weather through most production regions in October 2020 resulted in poor pollination and an explosion of Cladosporium spp. fungus on the flowers. The Beaumont was most severely affected,” Christie said.

Other cultivar yields were also down, particularly 816s, with high nut borer populations spotted early in the year.

“I suspect this resulted in many nuts aborting prematurely. We also saw an increase in immaturity in the crop coming into the factory, which I would ascribe to the nut borer problem,” he said.

Turning to the impact of climate change, Christie said it was a concerning reality with adverse meteorological events, particularly in the past two years. “Floods, drought and heat during flowering, cold and wet weather during flowering as well as frost that damaged hundreds of hectares last year; further, the high nut borer population we saw earlier this year was the highest ever as far as I am aware and probably linked to the vagaries of the climate,” he said.

The Australian Macadamia Society said the “modest” reduction was as a direct result of extreme and prolonged rainfall during March and April, resulting in widespread flooding, harvest delays and orchard and infrastructure damage.

The society’s CEO Jolyon Burnett said the reduction in yield was also as a direct result of a sustained drought over previous seasons.

“With more than 50% of the Australian macadamia crop now collected, the nut sizing is more normal this season while kernel yields are slightly down. Overall quality is very good, however,” he said.

With global demand for macadamia nuts still on an upward path Christie warned however, that the demand for transparency around the integrity of production value chains and food safety was intensifying. “Food safety has two aspects – chemical and biological. Consumers worldwide are increasingly pressurising agricultural industries to reduce their use of harmful chemicals coupled with the de-registering of active ingredients in various applications, particularly in the European Union. This is putting a lot of responsibility on our growers and on us as a company, along with all the other processors and exporters in the industry, to make sure our processors are not only of the highest standards but are transparent as well,” he said.

In Kenya, media reports suggest the country’s macadamia industry took a massive knock during the Covid-10 pandemic lockdown in 2020 but demand was again on the increase as economic activity in the West African country returned to normal.

Business consultant James Torvaney reports that about one million young trees were planted in Kenya annually, however he fails to say over what period. Total exports, he says, are at 8 600 tons of kernel a year with about 10 major exporters operational in the country.

In a report commissioned by the Netherlands’ Centre for the Promotion of Imports from developing countries, quality control was highlighted as an obstacle to exports as well as poor agricultural practices, the impact of climate change and the use of unsuitable or old varieties available to the mainly 200 000 smallscale subsistence farmers who grow the crop.