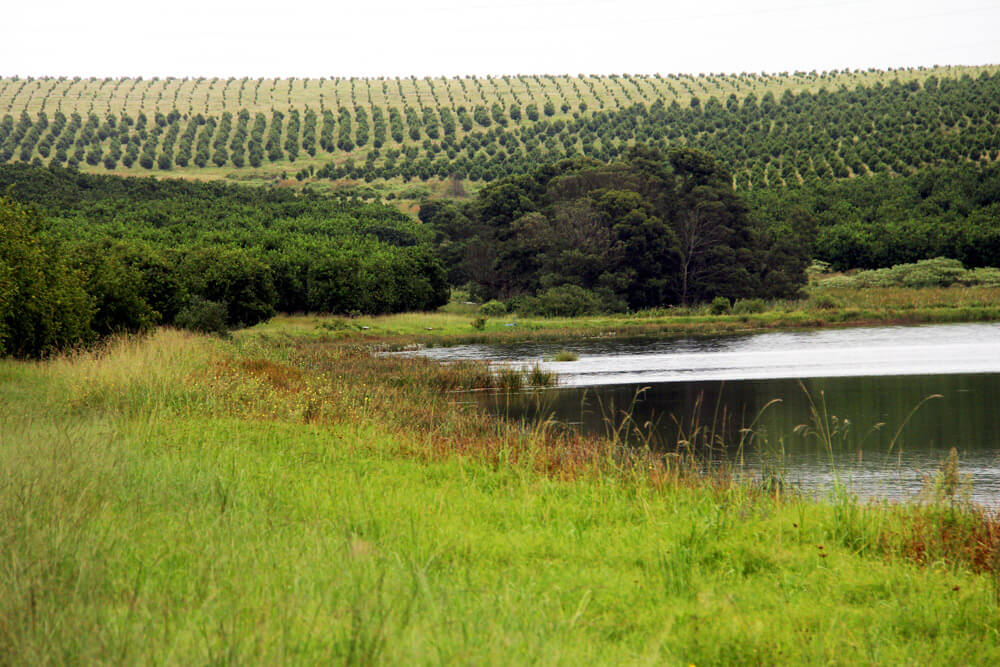 The construction and maintenance of infrastructure to support South Africa’s economy, particularly agriculture, is more critical than ever as high-income earning perishables, such as macadamias, citrus, and avocados, among others, can significantly bolster forex earnings.

In the February State of the Nation Address, President Cyril Ramaphosa admitted the problems in the economy were both “deep and structural”.

“When electricity supply cannot be guaranteed, when railways and ports are inefficient, when innovation is held back by a scarcity of broadband spectrum, when water quality deteriorates, companies are reluctant to invest and the economy cannot function properly,” Ramaphosa said.

One of the key elements for growth in the agricultural sector – particularly for the burgeoning macadamia industry – is water supply.

In his address, Ramaphosa promised “a comprehensive turnaround plan…to streamline the process for water use licence applications”.

“The target is to clear the backlog of applications by June 2022 and to process 80% of all applications within 90 days during the next financial year.”

Anecdotal evidence from macadamia farmers in KwaZulu-Natal indicates that the approval for on-farm dam construction can take anything up to five years or more.

But is this such a bad thing?

In a report to the Water Research Commission and Macadamias South Africa (SAMAC) aimed at quantifying water use of the avocado and macadamia industries in relation to yield at orchard scale, researchers said while water stress trials already concluded in macadamia orchards were not conclusive, they showed that the traditional manner of scheduling irrigation in orchards using soil water content measurement “may not always be appropriate”.

The eight-chapter research titled Water Use of Macadamia Orchards, authored by scientists from the University of Pretoria, the University of KwaZulu-Natal, and an independent researcher, was carried out in Mpumalanga with input from a raft of industry and agricultural experts.

Of significance, it focused on just one cultivar – Beaumonts – and in just one macadamia-producing region.

In the preamble, the researchers warn that as most knowledge on water use in the orchards is based on trial and error, with just two local peer-reviewed research papers publicly available on the subject, an in-depth understanding on the dynamic relationship between crop physiology and the environmental variables driving macadamia water-use was “fundamental” for the sustainability of the high value crop and water supply. 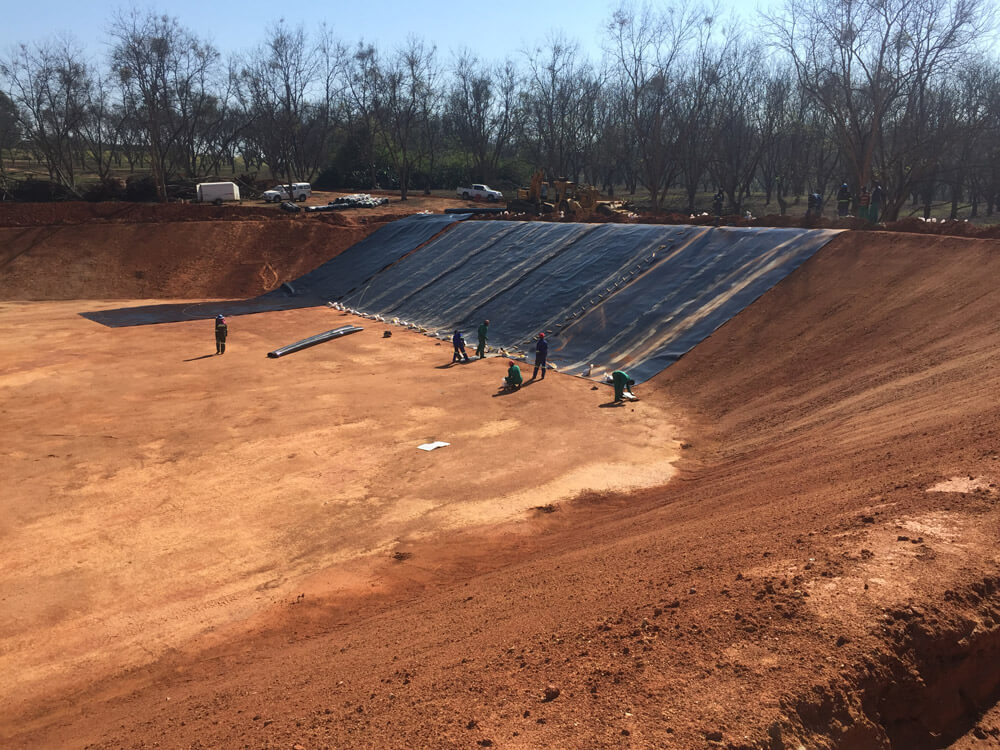 In a second study authored by Mlungisi Shabalala from the Centre for Water Resources Research at the University of KwaZulu-Natal (The Macadamia Bloom – What are the hydrological implications?), the point is again made that the industry has too little conclusive evidence on how much water the trees need, and when.

“Yield responses to irrigation are yet to be fully understood for macadamia trees. Due to the cyclical nature of production, periods of longer than five years are needed to explore the relationship between water use and yield…Such an understanding would be essential for meeting growing demands with limited water resources exacerbated by drivers of change such as extreme, unpredictable shifts in global and regional climate.”

All the scientists agreed on an urgent need for broader research going beyond single tree or orchard conditions.

“There is a need to look at water use from a catchment perspective to estimate hydrological and environmental impacts of macadamia production. Such can be achieved by adopting the resilience thinking approach into this research, to look at the potential risks associated with macadamia as a food system within broader socio-ecological systems,” Shabalala added.

Hydrological processes “would include canopy interception, surface run-off, infiltration, and ground water recharge, as well as the impact on downstream water bodies”.

“Where macadamia (sic) is irrigated, it is important to express its water footprint from a social justice as well as (an) economic perspective. Therefore…production should not be achieved by undermining the integrity of socio-ecological systems,” he said.

Interestingly, in the Water Use of Macadamia Orchards study, results on the impact of water stress at different phenological stages on yield and quality of orchards suggested the trees were less sensitive to water stress than most other horticultural crops. While a second season of yield measurements was lost due to the Covid-19 lockdown, the first seasonal measurement relative to the control, irrigating at half the volume of the grower scheduled control, or relying solely on rainfall, had no impact on the yield.

Clearly further and more comprehensive research is required in the field, but as the study suggests: “Tentative results from this study suggest that both predawn leaf water potential and midday stem water potential can be used as indicators of water stress in macadamia orchards.”

Very importantly, the trial has demonstrated that “traditional” ways of scheduling irrigation with capacitance probes may not be appropriate for macadamia orchards, as a slight yield penalty was noted in the grower control when compared with the half irrigation and rainfed treatments.

On the downside, mild stress was noted in some trees during the flowering and fruit set stage when conditions were “fairly dry”, due to increasing temperatures in spring, before seasonal rainfall.

Experts agreed while there were still many unknowns and further research was imperative to understand the irrigation and soil moisture content needs of macadamia trees growing in this country, farmers could do much to preserve their crops while providing for optimum soil health, beyond increased water use.

The emphasise maintaining soil moisture content through other means rather than just irrigating is very important such as planting cover crops that require little water between the rows, mulch under the trees and disturbing the soils as little as possible.

“In the no-till system we have found increased moisture retention as both rainfall and irrigation water infiltrates the soil more effectively and run-off is reduced,” Findlay said.

Considering the initial findings in both research papers, water use in the macadamia industry is a long way from a perfect science. This could cast doubt on the validity of water-use licence applications in the industry, particularly linked to off-channel or in-stream dam construction.

In Shabalala’s study, he makes the point that because the research required is so “crop specific” with specialised benefits, donors may hesitate to fund such an enquiry.

However, what is clear from both studies is that both time and money are needed to bed down the initial empirical evidence for sustainable and responsible industry growth.

He said a shortage of water supply in SA, the increasingly high costs of electricity, labour costs and fertilisers, were “important drivers” when deciding on an irrigation system or building a dam. 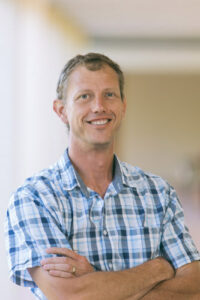 He highlighted compliance with legal requirements and Environmental Impact Assessment (EIA) legislation as well as understanding the purpose of the dam, whether it was “in-stream or off-channel”, its size and positioning.

The construction of an in-stream dam for irrigation purposes, he said, required professional design as it had to comply with dam safety regulations and the dictates of a water license and an EIA.

The legal requirements for an off-channel dam included, among other measures, dam safety and wall height considerations, the approval of a water-use license and an EIA.

The size of any dam, Van Rensburg added, was determined by balancing supply and demand, the water rights legislation, supply capacity and operational rules.

According to the legislation, when farmers apply for a water-use license from an existing water resource such as a river, dam, irrigation canal, borehole, wetland, or lake, they must confirm the total volumes of water that a site is legally allowed to abstract, and this confirmation must be in writing. In this instance confirmation documents from the Department of Water Services, the relevant Catchment Management Agency, or the local Water User Association or Irrigation Board, are considered acceptable.

When farmers want to store significant amounts of water in a dam or reservoir, according to the revised general authorisation for the taking/storing of water as published in Notice 538 in the Government Gazette no. 40243 (2016), the storage of more than 10 000m³ must be registered with the authorities.

“Furthermore, dams with a wall higher than 5m and with a storage capacity of more than 50 000m³, are deemed to pose a safety risk and should be registered with the Dam Safety Office within the Department of Water Services.” (The Sustainability Initiative of South Africa NPC)

Both the environmental, socio-economic, and financial impact of any dam or water storage facility for agricultural purposes is therefore significant.

And while Ramaphosa has promised improved administrative processes to fast-track water-use approvals, further research is critical to establish the reality of moisture requirements by the trees in both avocado and macadamia orchards, not only for best environmental and socio-economic protection purposes, but to prevent unnecessary or environmentally damaging capital expenditure by farmers already under pressure from a host of challenges, from rising input costs to climate change.