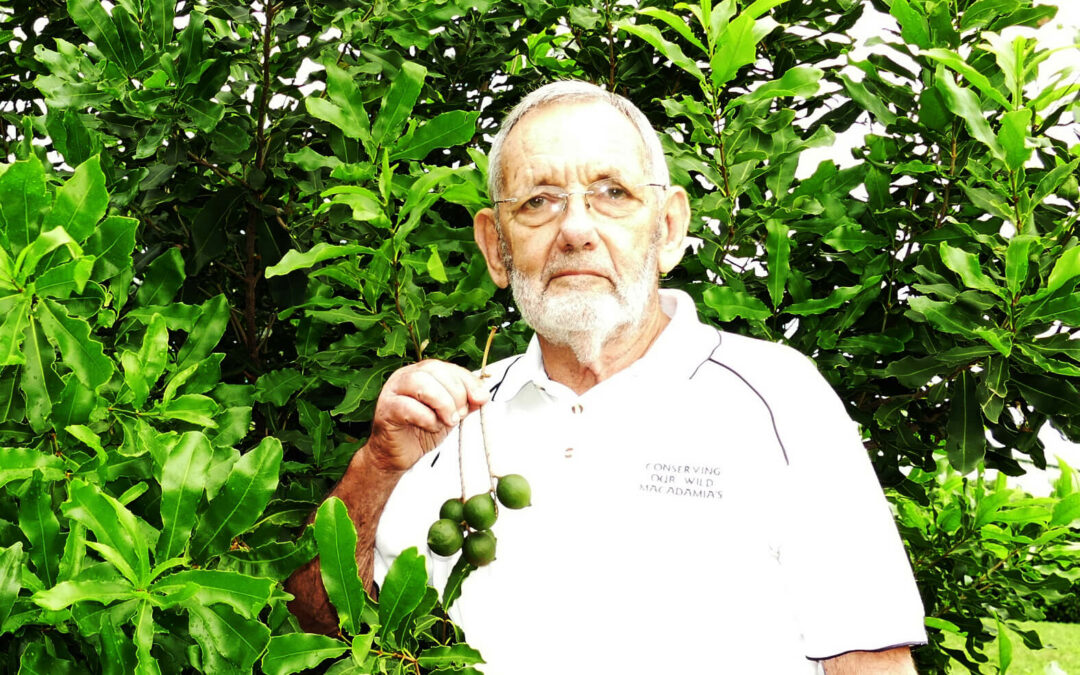 Developed by Australian macadamia aficionados Ian and Jan McConachie, the MCT1 – the Rolls Royce of macadamia varieties – is now under propagation in a South African nursery with the first young trees expected to go on sale in 2026.

The development of the variety and the generous donation of the Plant Breeder Rights to the Macadamia Conservation Trust in Australia (www.wildmacadamias.org.au) by the McConachies will see royalties from all sales of the MCT1 going to research projects to enhance the conservation of the indigenous macadamia in its original habitat on that continent.

The Macadamia Conservation Trust 1 or MCT1 is an elite variety expected to increase macadamia nut productivity by up to 50%.

Under trial since 1997, the MCT1 was bred by Australian researchers from wild macadamias.

In 2017 it was included in commercial orchards in Australia.

Now the MCT1 has found its way to South Africa where it is being propagated under licence at the noted Maclands commercial nursery at Levubu in Limpopo province.

“Growers who buy the variety are required to sign a non-propagation agreement and may only supply propagating material to MCT1-licensed nurseries. And to guarantee the integrity of the genetics, all scion wood provided to licensed nurseries for propagation must come from trees authenticated using DNA testing,” he said.

Maclands will also pay a royalty for each tree they propagate. “These are, however, the only fees associated with the plant breeders’ rights and farmers are free to sell and market their nuts as they wish.”

He said he was optimistic the cultivar would deliver, but added the variety was yet to perform in South African conditions.

“As far as we could tell from visits to MCT1 plantations in Australia, the yields, shell thickness and nut size of the MCT1 are far superior to other varieties currently being planted.”

Anderson said he was first alerted to the new cultivar by a colleague in Malawi. “It was a long battle to get cuttings from Australia. We planted the first trees in March 2021 so they are just a metre tall now. We are waiting for these to grow out so we can make more cuttings to plant a block and start trials. It will be at least five years before there is a crop to evaluate,” he said.

Environmental scientist Denise Bond, who heads up the Macadamia Conservation Trust, said the not-for-profit body was set up in 2006 to raise funds for conservation activities by the Australian Macadamia Society.

“Threats to wild macadamias are immediate and ongoing. Just 200 of the rare Macadamia jansenii remain in the wild, of which 50 were burnt in the 2019 wildfires. Too many wild trees now survive in small remnant patches, vulnerable to weed invasions and wildfire. Trees retained for a hundred years on farmland as a source of nuts can disappear overnight to make way for a housing development. Any one of these trees might contain genes that could rescue or revolutionise the industry, and it is this potential the Australian industry wants to protect,” Bond said.

The new cultivar produces a compact hardy tree, which starts producing a crop in year three, while providing kernel recoveries of between 42% and 50%. Most nuts are held singularly or in small clusters, and the percentage of whole kernel is towards the high range of industry varieties.

Nut fall pattern is around May to August, with a thin husk, and the kernel is uniform, attractive and slightly flattened.

The trees are compact with an open structure, small to medium sized, with limb structures that have a higher tolerance to severe wind. The trees are vigorous and hardy, but the high crop load does require appropriately high inputs.

Irrigation of MCT1 is recommended where rainfall is limited or unreliable.

In determining the superiority of the MCT1, several Australian trials in 2011 evaluated its performance against three standard varieties: 741, 816 and A16. The trial included four replicated sites made up of six trees each.

The trials produced the following results:

This data, combined with precocity and consistently high yields, suggests that MCT1 will be able to produce an income of up to 40% a tree higher than current commercial varieties

What researchers did notice, however, is since all trials were planted in close proximity, it provided optimal cross pollination, and perhaps these results may not be replicated if the selection is grown in solid blocks, with only one other macadamia selection for pollination.

Additional trials have found the MCT1 has low self-compatibility and planting with other varieties is recommended to optimise pollination potential.

Existing MCT1 orchards with sustained high production are planted with 741, 816, A4, A16, A203 and M500 varieties. No evidence of poor set or cropping has been observed.

Additional trials lasting 25 years in both irrigated and non-irrigated orchards all seem to deliver the same promising results.

The 25-year average kernel recovery for non-irrigated trees in one trial was 43.8% TKR, with an unsound kernel recover (USKR) of 0.3%. First grade kernel averaged 98%.

Irrigated and non-irrigated trees have remained hardy and consistently produce large crops, ranking the MCT1 in the top three performing varieties out of 20 each year since it’s been in production.

While research remains ongoing, the MCT1 appears tolerant of husk spot and the tendency to Abnormal Vertical Growth (AVG).

It also responds well to the ripener, Ethephon.