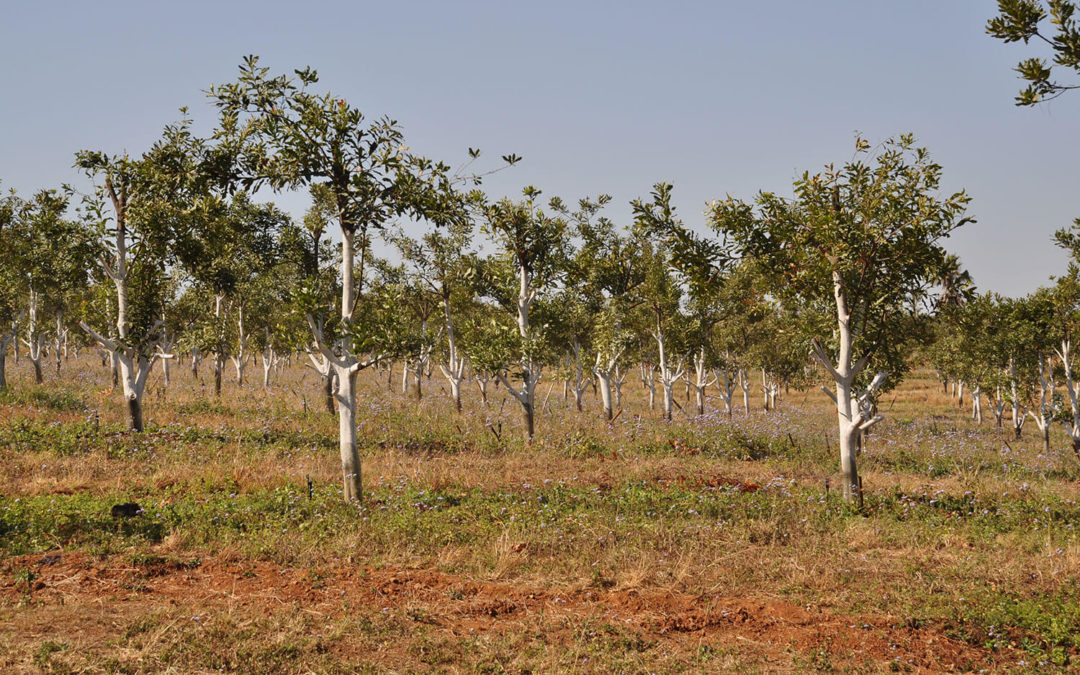 Macadamias have of late become a buzz word in South Africa’s agriculture industry as market prices soar amid increasing demand.

The global macadamia industry is worth $822 million (over R9 billion) and since South Africa is the largest producer and exporter of the nut, the country is in a prime position to capitalise on the popularity of the crop.

High prices are however not always sustainable and the global industry is in agreement that much will have to be done to develop this relatively new industry to ensure that demand matches the exponential  increase in supply.

The local industry is predominantly spread over three provinces namely, Mpumalanga (49%), Limpopo (21%) and Kwa-Zulu Natal (20%). Limited plantings have taken place in the Eastern and Western Cape as the climate in these regions is not ideal.

Last year the total global macadamia crop reached over 200 000 tons. But, with the rapid uptake of macadamia farming this figure is expected to reach 500 000 tons by 2020. The Southern African Macadamia Growers Association (SAMAC) reports that South Africa alone has tripled plantings during the last four years from 1250 hectares in 2013 to 3870 hectares in 2016.

SAMAC reports that the kernel market is gaining strength once more, with 55% of the 2018 crop expected to be processed to kernel in 2018, compared to approximately 49% in 2017.

The Chinese “grey” market has caused numerous disturbances over the last few years as buyers aim to bypass the import duties amid random crackdowns by the authorities resulting in temporary closure of their markets. The Chinese import duties are currently at 12% for South African macadamias. While the duty was reduced from 19% in November last year, there is still industry speculation that the availability of these routes will continue regardless.

SAMAC does however report that the reduction in the duties should have a positive effect in supporting the higher volumes of South African NIS macadamias due for shipment to the Asian markets this year. Considering the low processing costs and higher profitability of the NIS market, many processors currently opt to split their crops between the Western and Eastern markets, preferring not to put place all their nuts in one basket so to speak.

While South Africa has held the number one position in macadamia exports for the last few years, competition from Australia, Kenya and China is growing.

The AMS is concentrating its efforts on marketing campaigns to increase consumption of specifically Australian macadamias to the local and Asian markets. Furthermore they have succeeded in reaching an agreement with China to have their import duties phased out completely over the next few years, giving them a competitive advantage over South Africa.

Kenya has increasingly become a source of strong competition for South Africa. Macadamia nut production is increasing rapidly and since the crop is still relatively new, the pest load is still at a minimum. This means the quality is of a higher standard while lower labour costs result in lower market prices.

Reports coming out of China suggest that the industry is expanding with two million trees each year. These orchards  should start coming into production by 2019. If the proper yields are realised, the country could become self-sufficient resulting in a drop-off in imports.

Managing an ever bigger crop

“Industry figures project a 40% increase of NIS to 64 800 tonnes in 2020. To absorb this astronomic supply increase, our approach rests on three key pillars: processing capacity, sophisticated product marketing and value add, all of which are inextricably linked to being able to sell at currently buoyant prices in (the) future. With China reporting extensive domestic plantings, a balanced marketing NIS and kernel approach across the globe continues to be front of mind,” Whyte said.

Substantial investments in the processing industry bode well for the sector and the increase in employment opportunities creates a further positive effect on the local economy.

While record high prices for macadamias prevail, there is concern that should adequate marketing campaigns to promote consumption fail to get underway, a price drop will be inevitable when the supply increases to the levels expected.

Around 98% of South Africa’s crop is exported and very little has been done to increase consumption locally, when compared to countries like Australia who consume 30% of their crop.

Whyte said that investing in marketing efforts to increase consumption in South Africa was not financially viable unless the industry could prevent the high percentage of stolen and poor quality nuts from being sold locally. “We do believe our local market could hold substantial potential. But if we can’t stop stolen nuts being sold locally even in retailers, it makes no sense trying to develop the local market.”

Since macadamias make up just 1,42% of the tree nut basket, there is much room for growth. It also means that macadamias are a niche within the health foods sector, giving some justification for the higher price.

Whyte said that the biggest challenge facing the industry in 2018 is the increase in global supply. “There are some substantially bigger crops from both Africa and Australia, while China, which is South Africa’s biggest market, is very quiet due to the late New Year and the large inventory levels in this market. We therefore expect a slightly softer price for NIS to China in 2018. However much of this concern is being offset by a buoyant kernel market and these prices remain stable at the current historic levels for the time being.”

Nico van Schalkwyk, marketing manager at Golden Macadamias said that despite higher volumes, the demand still outstrips the supply and most of their company’s crop was already sold. “The quality feedback from our growers is also positive for this season,” van Schalkwyk said.