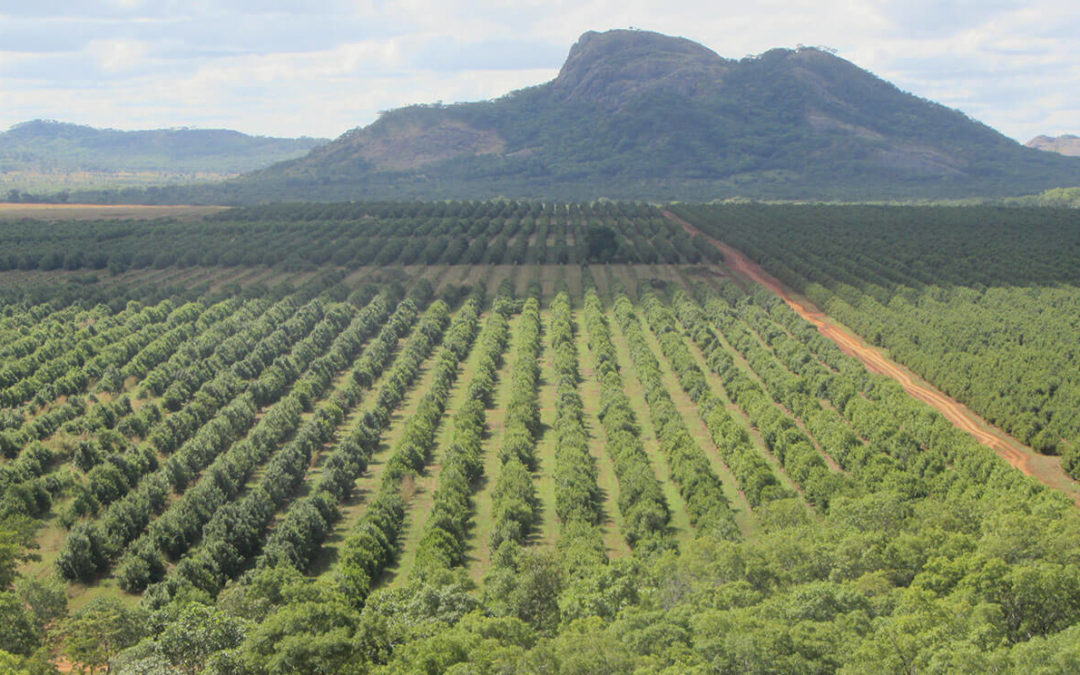 Establishing a macadamia farm in Mozambique has proved a steep learning curve for a group of South African farmers. But higher efficiencies and vast supplies of land and water have resulted in a profitable operation that offers a favourable option for diversification.

The uncertainty of farm tenure in Zimbabwe in the early 2000s and the unfolding land reform process in South Africa prompted a group of South Africans to spread their risk by investing in a macadamia farm in Northern Mozambique.

And the challenge, they say, has proven that persistence and innovation does pay off, although tackling the unknown in a foreign country meant management had to be hands on from the start.

Duncan Macgregor who is one of the six shareholders in the business named Tenga Limitada said there were always surprises popping up that the group could never have bargained on.

The business is made up of 250ha of macadamia orchards in Niassa province which is 120km east of Lichinga and about 200km south of Tanzania in the upper lefthand corner of the East African country. 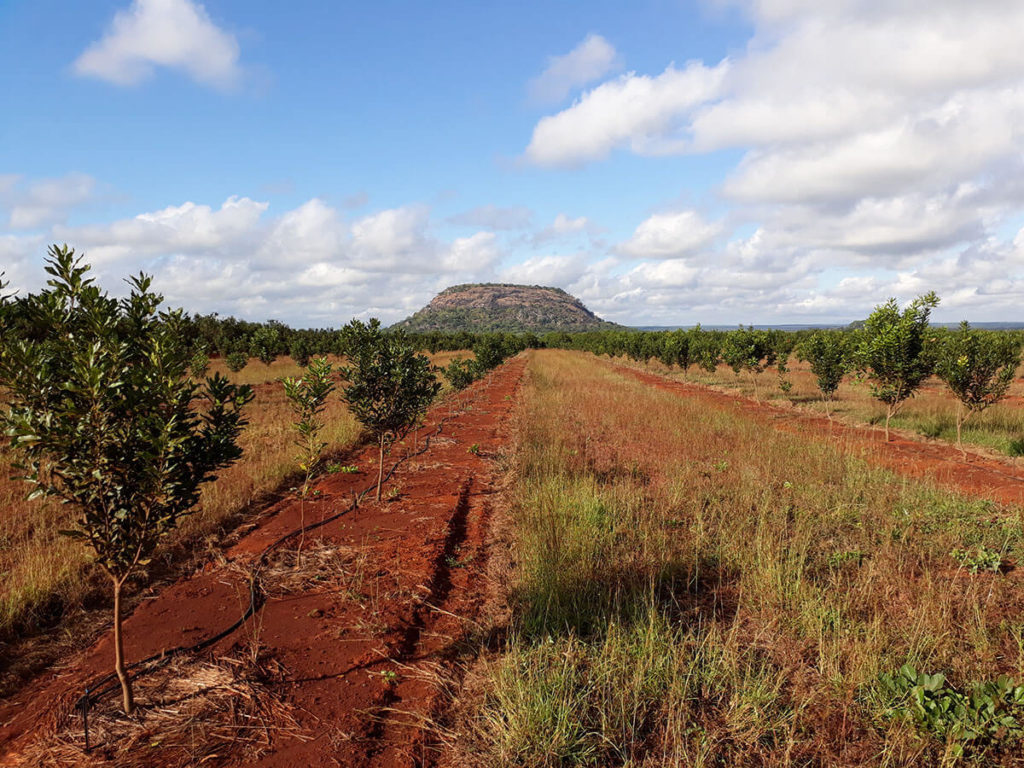 The farm has micro irrigation, but often the tree do not get adequate water in the dry months due to a lack of power.

After identifying a suitable piece of land, the administrative process to secure a land lease or duat as it is known in Mozambique, was set in motion, says Macgregor.

“This allows time for lessees to do community consultations and prove that you are actually going to do something with the land. After that you can apply to have it converted to a definitive duat of 49 years and then after that for another 49 years, bringing it to the maximum 99-year lease that is allowed in Mozambique,” he said.

But the process can be drawn-out which meant it came with its own challenges, for example, to get through all the bureaucracy and to find the right channels of communication was not only challenging, but time consuming.

Further, Macgregor said, the system there is based on Portuguese law, not British or Roman law as they were accustomed to in South Africa.

“There are very different interpretations and the language barrier is problematic. For example, a farmer might get the land at a nominal rental, but what they end up paying for in compliance, is far more than their investment in the land. The idea of cheap land in Mozambique does not exist as the cost of doing business in Mozambique is high,” he said.

The South Africans established the farm from scratch on virgin land.

First, they planted 10ha to various cultivars to see which ones did well.

The farm is still without electricity and a mix of solar panels, generators and gasifiers are used to power the operation which creates its own challenges.

Since the farm is in an isolated area the shareholders wanted to develop the surrounding community and create an enabling environment for economic activity.

At the time Mozambique was receiving foreign aid from  NGO’s and several were approached by Tenga to assist with putting up infrastructure in the nearby town.

“One NGO required us to rapidly expand our hectares so that they could see we were there to stay. We ended up taking many short cuts to get the orchards going to meet the NGO’s requirements. But then the funding never materialised and we had orchards where the land preparation was not done thoroughly.

“That was one of our biggest errors as it has affected yields and pushed us further away from the break-even point as we are constantly trying to rectify the soils. Now we rip the soil and do proper lime and phosphate applications before planting, as would be standard practice in South Africa,” said Macgregor.

With continuous expansion the farm will eventually have 350ha planted to macadamias in a few years.

The 816 and Beaumont varieties in particular have done well with crackouts around 38% sound kernel recovery.

Once harvested the nuts are dried on the farm and shipped as nut-in-shell to China. Those nuts that don’t fit the grade are sent to South Africa to be cracked.

Macgregor said there were no problems transporting the nuts across the border and as far as possible they tried to share loads with other inputs coming to the farm on the return trip.

Macgregor said unfortunately yields were not optimal and didn’t always reach the industry average of 4 tons/ha.

He said this was largely as a result of the ongoing irrigation problems caused by power supply challenges.

“The climate in Mozambique is favourable for macadamia production, however the very definitive rainy and dry seasons cause problems if there is not adequate irrigation. Just before the rains start in December, it’s extremely hot and dry and affects nut development. The gasifiers we use to power the irrigation system often breakdown, which means we can only irrigate a few blocks at a time. In those hot months the demand for water is high and if the trees don’t get what they need, it reduces the yield and crackouts,” he said.

Macgregor said the water supply was abundant with various large rivers in the area and they were about to build a dam on a small stream, which would allow most of the orchards to be gravity fed. There is also the possibility of setting up a hydro power plant on one of the bigger rivers.

Such projects which had benefits for the neighbouring communities were key when doing business in Africa, he said.

“As South African farmers we have to have a different mind-set. It can’t be ‘us and them’. The growth must be inclusive in those areas and you can’t fence yourself off and progress on your own without any benefit to the community. If the hydro power gets off the ground, we will be able to assist the local village with some electricity for their school and clinic. There is a possibility of assisting the local community with a drip irrigation scheme from the dam that supplies the farm with water. They will be able to plant vegetable gardens or whatever other crops they choose to plant.”

He said during the expansion phase having the budget to help surrounding communities was not always possible.

“It is important to balance the cash flow for the business with the requirements from the community. If our business fails the whole community is affected. We supply employment to around 130 people and we need to ensure they can keep their jobs,” he said. 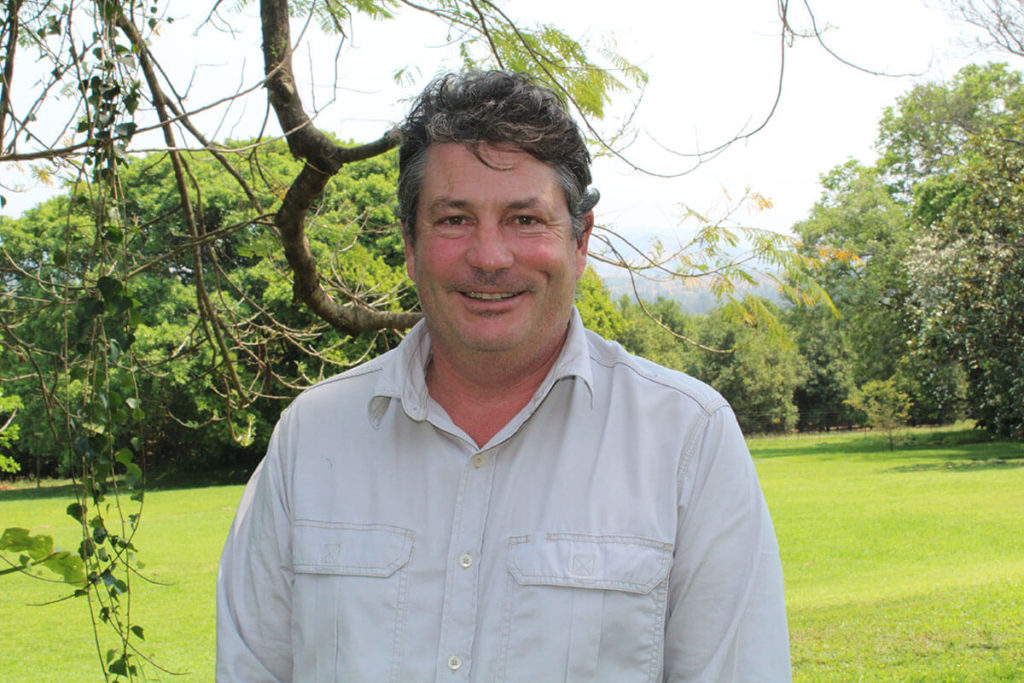 Farming at a distance with at least 1 700km between the farm and the nearest shareholder required a certain degree of micro management to make sure the operation remained on track.

Macgregor said a large part of the farm’s success was attributable to the six shareholders having taken ownership of their specific portfolios.

They were each actively involved in the day to day running of the farm and each was committed to making the trip to the farm twice a year.

Management, he said was a serious challenge because the farm was so isolated.

While middle management positions were taken up by locals, senior managers were sourced from elsewhere.

“It takes a special kind of person to work there; it is isolated with little social interaction and there are no schools for the children. We have had some hits and misses, but currently have a good manager in place. There is a weekly reporting system on a very detailed level that I don’t even get on my own farm in South Africa,” he said.

Despite being far from any other macadamia farms, insects from other crops have made their way into the orchards.

“We have picked up insects that we have never seen in South Africa. There is a mosquito bug that emerged a few weeks ago that originates in tea and cashew plantations. There is no registered pesticide against it but we have found that chemicals used for stinkbug control works for the mosquito bug as well,” Macgregor said.

The challenges created by the lack of power on the farm were vastly underestimated and much of the cash flow was used to get these basics right.

“You are suddenly faced with things that would never be an issue in South Africa. Even buying a tractor becomes a problem beyond just getting it from Maputo to the farm. If it breaks there are no mechanics around so you have to risk fixing it yourself and losing the warranty,” he said.

Planning was also extremely important to make sure inputs reached the farm in a timely manner.

“The cost of inputs is only slightly more expensive due to the distance the loads must travel, but labour is significantly cheaper. We run an efficient operation and benefit from economies of scale. The land is flat and vast so we plant 9ha blocks at a time. The farm layout allows rows to reach up to 3km long. We have adequate water and a great climate. Challenges aside – it is well worth the investment,” Macgregor said. 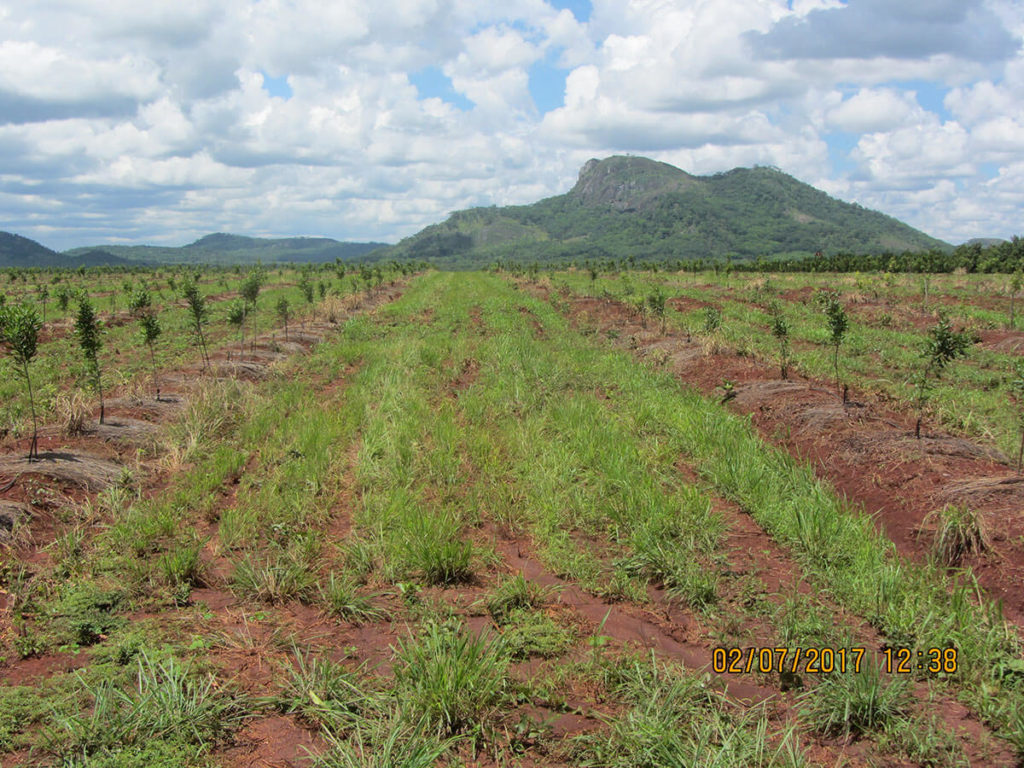 New trees are constantly being added to the farm to expand the orchards.