Get the most bang for your buck with higher crackouts 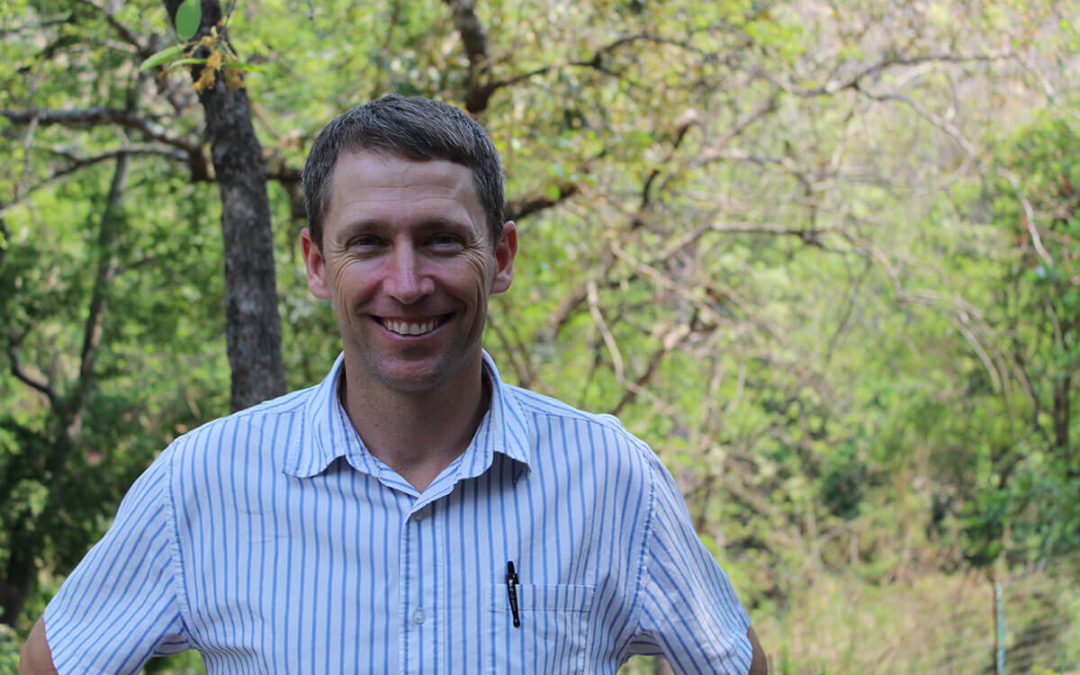 Higher kernel recovery and unblemished whole nuts means more profit in your pocket. But with various factors that ultimately influence crackout, farmers need to manage on-farm practices carefully to reap the full reward from the harvest.

There is considerable potential for increasing profit by improving the whole kernel percentage and limiting kernel discolouration in macadamia crops. As such, a study was conducted in the Lowveld region by Alwyn du Preez, an independent technical consultant for the macadamia industry, to determine factors that influence nut quality and mitigation practices that can be implemented to reduce this discolouration.

Du Preez noted that kernel recovery is determined by the nut size, shell thickness and therefore weight of kernel and shell. “This means that with a higher kernel recovery, fewer nuts will be cracked for the same amount of kernel, reducing processing costs, and more kernels are sellable per unit of nut-in-shell (NIS).”

The same cultivar can produce nuts that differ in kernel recovery, whole kernel recovery and kernel discolouration. To develop optimal management strategies to maximise productivity and profitability of macadamias, factors that influence kernel recovery must be considered.

Du Preez said the fruit structures are formed during the first 90 days after flowering, and the fruit continues to grow until 12 to 15 weeks, until the shell hardens. Climate, soil moisture, cross-pollination and nutrition all influence this process, during which the shell thickness and kernel size is determined, and thereby the kernel recovery.

For the study a large set of historical data from different regions was used to establish and isolate possible factors involved in kernel recovery and discolouration. Although these differed between the six regions over two seasons, it was found that relative humidity and vapour pressure deficit had an influence on both kernel recovery and whole kernel recovery. 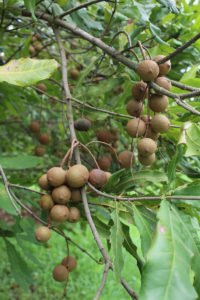 Du Preez said slope and row orientation of the orchard influences light interception and is an important factor that will influence the yield of macadamia trees. “Solar radiation interception is at its optimum when rows are planted perpendicular to east and west slopes, and parallel to north and south slopes.”

Because extreme temperatures of 35°C during the later stages of nut development have adverse effects on oil accumulation and nut growth, resulting in poor kernel quality, moderate temperatures were therefore required in February during the early oil accumulation period to ensure a high kernel recovery. “Previous studies have shown that high temperatures of more than 30°C could be regulated by evaporative cooling and the use of reflecting substances like kaolin clay,” said Du Preez. “The research included two irrigation trials and one kaolin trial, to develop possible orchard practices that increase kernel recovery, whole kernel recovery and decrease kernel discolouration.” 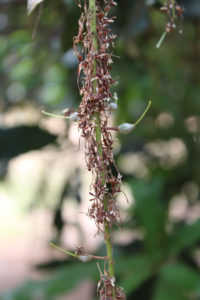 In the two irrigation trials, water stress was induced over two growing seasons by applying different levels of irrigation at different phenological stages. Kernel recovery was not affected by any of the treatments; however, Du Preez added that water stress could not be applied continuously because of frequent high rainfall during the study. Moderate water stress, however, did not influence yield.

In the kaolin trial, the efficacy of kaolin foliar applications was evaluated to reduce heat stress: there was no effect on kernel recovery, nut yield or quality.

“Previous studies have shown that application of kaolin could potentially be a practical and economical way of regulating heat stress of macadamia trees. Due to the season in which our study was conducted not reaching long periods with maximum daily temperatures exceeding 30°C, the potential impact of kaolin on heat stress reduction and kernel recovery and yield could not be fully evaluated. We did, however, establish that up to five layers of foliar applied kaolin did not significantly reduce individual leaf photosynthesis.”

While macadamia trees flower profusely, only about 0,3% set as nuts. Since the potential yield of a macadamia tree is determined during floral initiation, it is important to manage orchards meticulously during this period to ensure maximum pollination.

Du Preez said his study showed that macadamia nut yield and fruit size improved with cross pollination. “It increased the percentage of macadamia flowers with a pollen tube at the base of the style, and resulted in an increase in initial fruit set and sometimes the NIS weight, kernel weight and kernel recovery. Supplementary pollination increased NIS weight, kernel weight and kernel recovery in some cultivars, like A4.”

The study noted that the Beaumont variety shows an increased yield and kernel recovery after cross pollination by various cultivars. But unfortunately Beaumonts flower later than most of the commercial cultivars, which reduces the benefits derived from cross pollination.

With an increase in the supply of macadamia nuts as more trees come into production, and an increasingly quality conscious consumer, orchards and harvesting practices must be fine-tuned to ensure high kernel and high whole kernel recovery to capitalise on better prices. In addition to commercial studies to determine better on-farm practices, farmers should conduct their own trials to find the winning recipe that delivers high yields at lower costs.