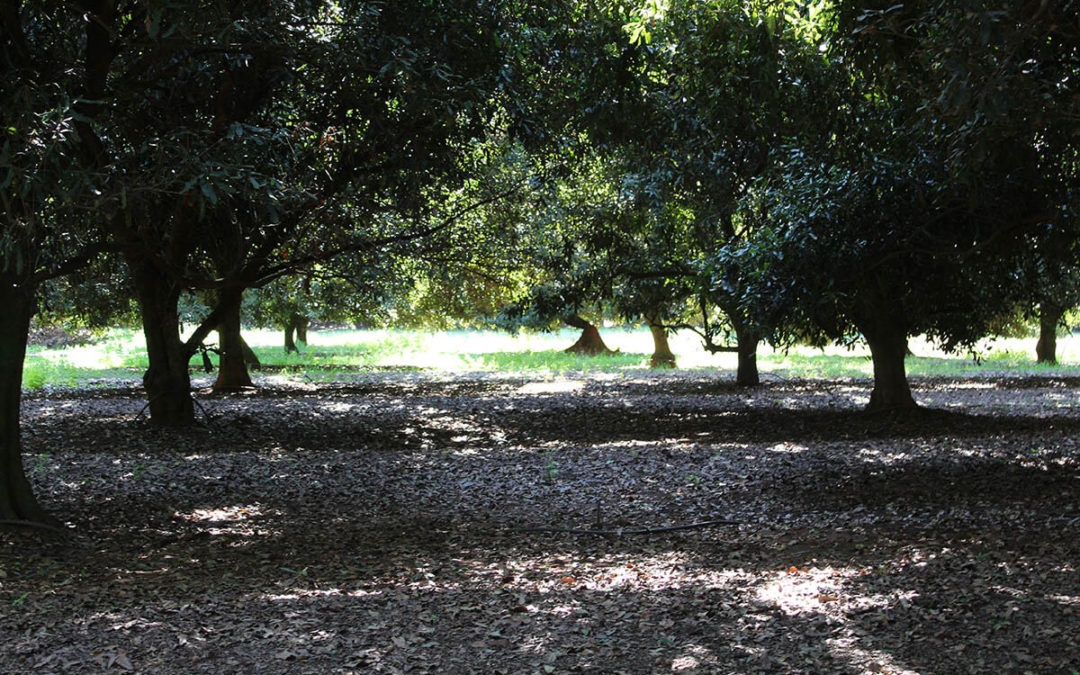 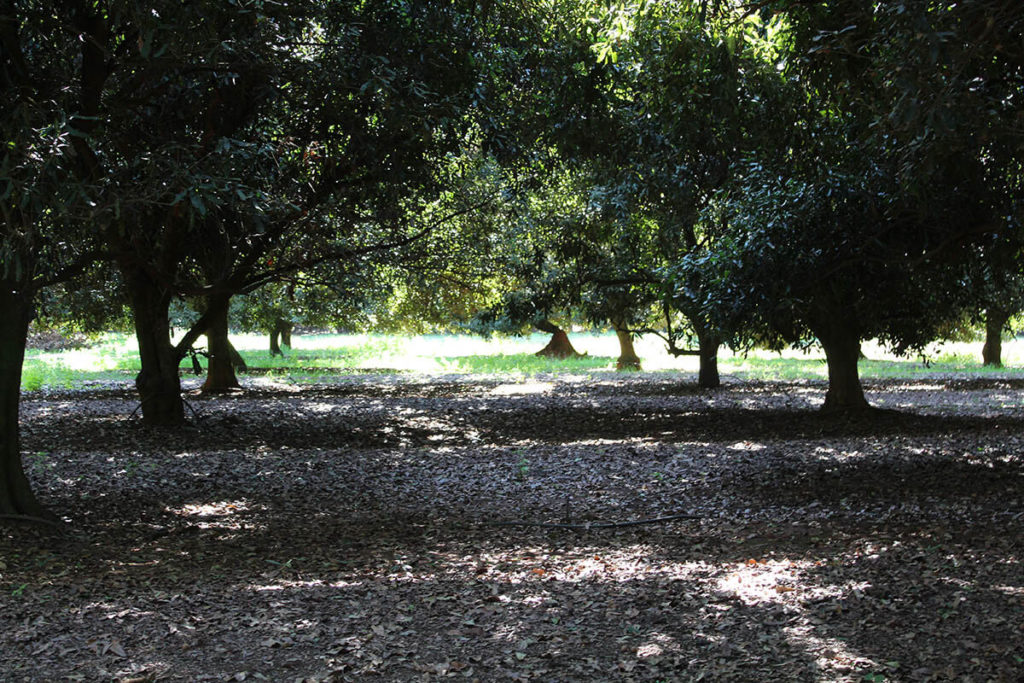 The first commercial macadamias were planted more than 60 years ago in South Africa. Since many of those orchards are still in production, farmers face the challenge of managing tree height and size to ensure good yield and nut quality. This necessitates heavy pruning, which can seem daunting considering the initial loss of production. But taking the plunge will pay off in years to come.

The macadamia tree originates in the Australian forests and is, by nature, a tree that will grow as tall as it needs to, to reach sunlight. Only after it receives sufficient light does it start producing nuts. In commercial orchards where trees have become overgrown and light penetration is limited, production tapers off and extensive branch die back can occur.

Tree height also creates a problem for pest management as tractor sprays can’t reach the upper branches, creating the perfect refuge for stinkbugs. However, any reduction in tree size can also negatively affect yield and necessitates a careful balancing act.

With this in mind, Dave Pope, general manager at Springfield Farm, in Levubu, Limpopo, has embarked on an annual programme to reduce the tree size while not drastically affecting the yield.

The first 20 hectares of macadamias were planted on Springfield in 1975 and have reached 12 metres in height. The orchards are still all in production, delivering on average 3,5 tons per hectare from the Nelmac 2, 344 and 660 varieties. The orchards were expanded in 1980 and these trees also require heavy pruning.

“Big trees require a lot of management and your biggest challenge is light penetration,” said Pope. “So you end up with large trees, with all of their foliage on the outside and very little production on the inside.

“We have also really been struggling with stinkbug and thrips and having such big trees makes it difficult to manage. Aerial spraying is an option but there is only one registered chemical, and resistance build-up is a problem.” 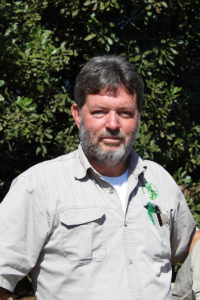 Pope’s programme entails pruning five hectares per year and this is the second highest cost on the farm after labour.

“We prune as soon as the crop is off and start by cutting off the top of the tree to bring it down to five metres. We then leave those trees for at least a year. In that time, there are branches that start extending to the inter-row. We remove these branches and also prune any others that were initially growing into the inter-row. We then select certain branches to take out that will create ‘windows’ in the tree to let in the sunlight.

“These windows create gaps in the foliage that prevent further die back in the centre and help with regrowth in those areas, which then brings back nut production on those branches. It also ensures the chemical sprays can reach the middle of the tree.”

Pope explained that macadamias bear on second year wood so pruning the trees does delay production. “You end up with about a third of your production during those first two years. Before pruning we get 3,5 tons per hectare, which then reduces to one ton after pruning. Once it is in full production again it goes up to four tons per hectare.”

Asked if taking out the older trees and re-establishing the orchards were an option, Pope said the older trees had a well-established root system that should not be taken for granted. “As long as the roots and the trees are healthy, there is no reason why you can’t regenerate the tree to produce properly again. If you look at those that have been pruned, the regrowth is incredible, so there is no reason to discard them.

“The tree has also been reduced so that it is the same size as the root zone. If you think of the roots as an irrigation pump designed to pump water to a certain area, the root zone is the same. So you have roots that can efficiently pump nutrients to a lesser area. In this sense, cutting down the tree and grafting new varieties on to the old root stock with developed roots is a consideration, as we do it with pecans and avocados.”

Pope added that any wood that is pruned is mulched and left on the orchard floor. This, combined with any leaves that have fallen, creates a spongy surface that aids in water retention, supresses weeds and prevents compaction of the soil.

As orchards in South Africa age, maintaining ongoing production and ensuring effective pest control will require a strict pruning regime. The earlier you start, the less the impact will be on your farming operation.