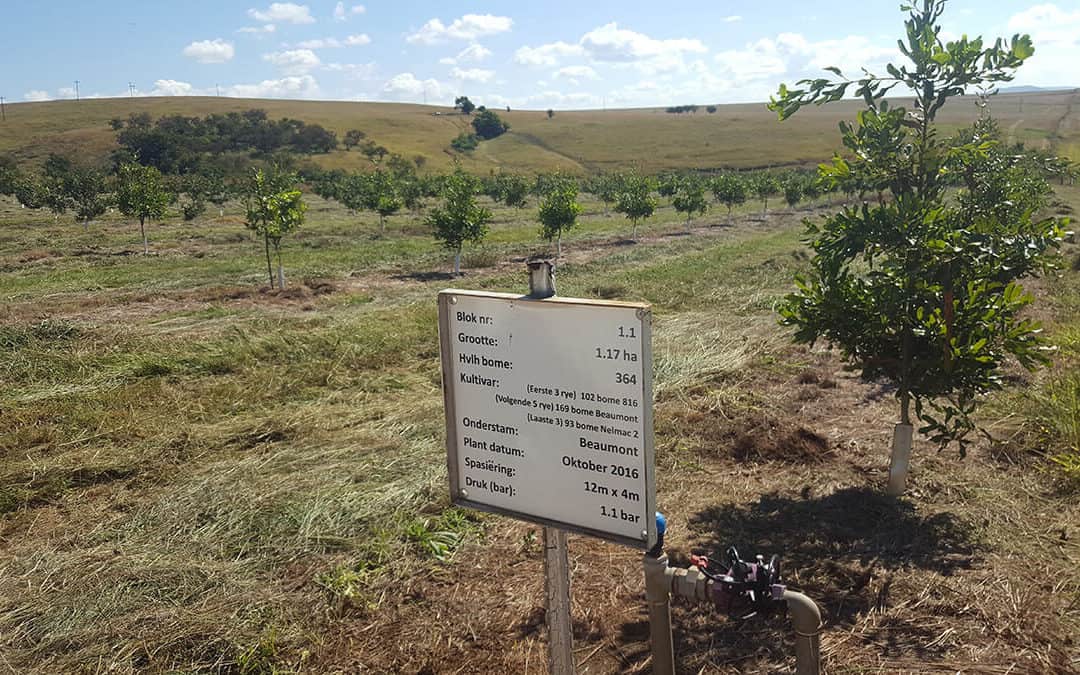 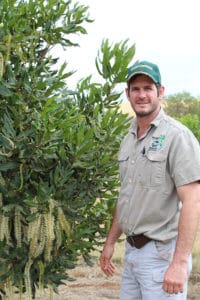 As the first farmer to venture into macadamia nut production in the Piet Retief area of Mpumalanga, Rian Maree has set the stage for further expansion of this industry across the province.

Driving from the Lowveld region of Mbombela, down south towards Pongola, the landscape gradually changes from macadamia orchards, to eucalyptus forests and eventually grasslands dotted with cattle and fields planted to maize. But for the last two years there has been a new sight on the horizon just outside of Piet Retief: macadamia trees.

What was previously never thought to be a macadamia production area, one innovative farmer has started the nut revolution, identifying the climate as ideal for this kind of production.

The power of diversity

Maree farms with the traditional combination for the area: maize, soya, wheat, potatoes and cattle. But with the drought of the last few years, he sat with a failed maize crop in 2015. “We had to rethink our strategy on the farm and add another component that could keep us going in the event of such a devastating drought. I believe in the power of diversification and having the combination of crops that we do, always helped to spread the risk. So it was natural that we would add another component to spread the risk further.”

After conducting much research into diversification options, Maree kept coming back to macadamias due to their high levels of profitability. “But we needed further studies and the advice from experts to determine if it was feasible as macadamias had never been planted in this area before and there was no evidence to suggest the trees would adapt.”

Maree consulted with industry experts, submitting soil and weather data and upon receiving the thumbs up, planted a small area as a test site. “But two months later I decided to take the plunge and plant the full 11 hectare that was available.”

Maree planted Beaumonts, 816 and the Nelmac2 varieties. “We decided on this mix because the Beaumont is a good average performer and generally gives a good crop, whereas the Nelmac2 and 816 nuts receive a premium.” 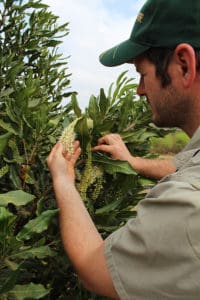 Maree says he is excited about the harvest to come as the trees are all in full bloom.

Maree also noted that the insect load is currently very low because there are no other orchards in the area that could have provided a host for the insects. He does however expect the insect load to increase as the orchards mature and expand.

The trees are all under drip irrigation, but Maree said that it has been difficult to establish how much water the trees need. “No one has been able to give us a concrete answer, but we have found that it is far less than what we planned and budgeted for. We have realised the trees are not overly dependent on irrigation water.”

Since embarking on macadamia farming, Maree’s neighbours have followed suit, some even planting dryland with good results.

Today Maree has 31 hectares planted to macadamias, with an additional 42 hectares planted on land owned collectively by Maree and his neighbours. They are in the process of planting another 22 hectares, all in addition to their own orchards. 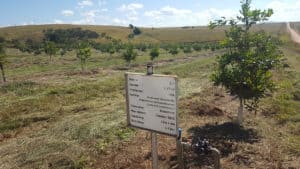 The first macadamias were planted in Piet Retief in 2016

The group of farmers plan on erecting dehuskers and drying facilities collectively to save costs. Their nuts will then be sent to a depot in Pongola and then onward to a processing factory in KwaZulu-Natal. Maree said that this collective way of doing things has allowed the farmers to make investments far quicker and that future plans include mechanised harvesters.

While the trees have started producing nuts, the first full harvest is expected next year. The trees are in full bloom and the yield looks promising.

“We are very excited about the macadamias. It’s a good income on a smaller piece of land compared to the grain crops, which have their ups and downs.”

This kind of innovation and forward thinking earned Maree the Mpumalanga Agriculture Young Farmer of the Year title for 2019. It will also earn him a far higher return on his farm for future generations. “The trees are now two years old and the value of the land on which it is planted has already grown with 400% and will continue to grow as the trees mature.”