Replace what you remove, for sustainable farming 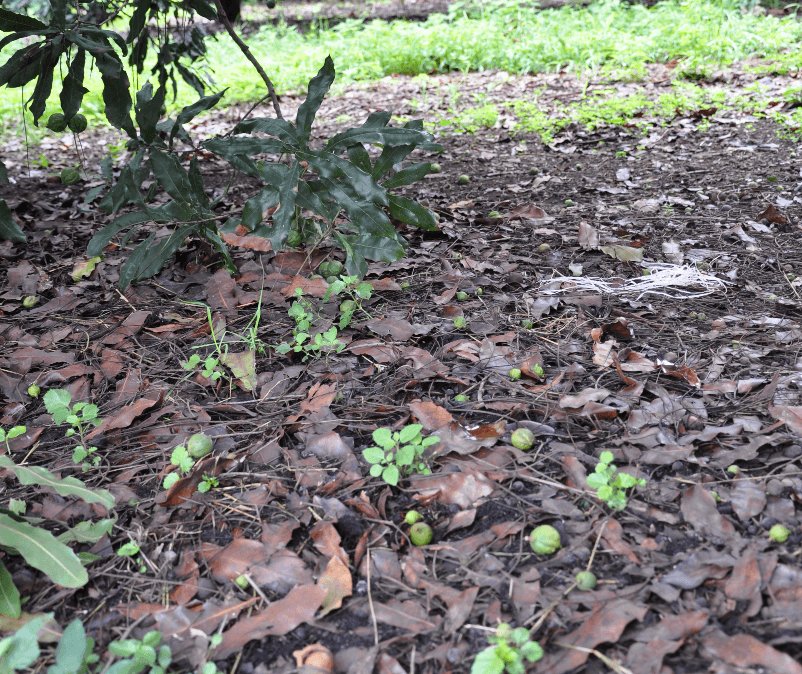 Macadamias do not tolerate poor nutrition. The first signs of deficiencies are quickly shown by a decrease in production and gradual deterioration in the trees’ condition. Get your fertiliser regime right, however, and your orchard, and your business, will flourish.

The aim of a fertilisation programme should be to keep the tree and root system healthy, and to replace at least the amount of nutrients removed each year by the crop. Getting the recipe right in terms of what to add for optimal production is not a one-size-fits-all approach, and careful consideration should be given before embarking on such a programme.

Gerhardus Nortjé, a soil specialist from the department of environmental sciences at Unisa, says a yield of 3,5 tons nut-in-shell per hectare would remove about 63kg of nitrogen, 3,5kg of phosphorous, 70kg of potassium, 17,5kg of sulphur, 35kg of calcium and 5,25kg of magnesium per hectare a year.

“To keep farming profitably, it is crucial that these nutrients are replenished in the soil in the correct quantities,” he says.

“Between August and May there will be four vegetative flushes on average and four rest periods,” says Nortjé. “Applications of fertiliser and water can be timed to fall in line with the needs of the tree at a given point in the phenological cycle. For example, 25% of the annual nitrogen requirement should be applied in July, 40% in September, 25% in November and 10% in January. 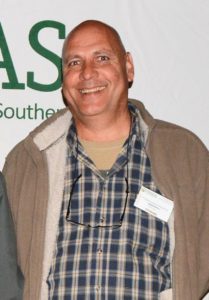 Gerhardus Nortjé, a soil specialist from the department of environmental sciences at Unisa

“The rationale behind this is that we know nitrogen stimulates vegetative growth, and if we stimulate vegetative growth as much as possible in the spring flush, we can minimise the depletion of carbohydrate reserves in August and September. The nitrogen is then used to stimulate the spring and summer vegetative flushes and reduced to a small amount in January (up to 10% of the total nitrogen can be applied in January) and then stopped, to reduce the late summer or autumn vegetative flush. This means the tree can channel all of its energy to the kernel for the conversion of sugars to oil, with as little energy as possible being diverted into new vegetative growth.”

Nortjé says macadamias are not heavy feeders and their lateral root systems, with their abundance of fine and proteoid roots, are extremely efficient at absorbing both phosphates and calcium, even in soils where concentrations of these nutrients are relatively low.

The proteoid roots are a cluster of tightly knit, small rootlets growing from a fine root of the tree.

“Proteoid roots are indicative of a healthy macadamia root system, playing an important part in nutrient absorption and especially the uptake of phosphorous,” he adds.

Root growth flushes follow a similar pattern of distribution over the season as vegetative growth flushes, with the peaks of root growth activity in spring (August/September) and late summer (mid-January to mid-April).

To  ensure healthy and vigorous root systems, phosphate fertiliser should be applied to stimulate root growth in July/August and December/January, so that it is available for these root growth flushes.

“Growing in its natural habitat as a small to medium sized tree in the lower layers of coastal sub-tropical forest, it has a shallow root system designed to forage for nutrients in the top few centimetres of soil and decomposing leaf litter on the forest floor – an environment high in carbon and organic matter.

“In commercial production, we have removed the tree from this haven, exposing it to full sunshine and expecting it to perform, at times in barren soil conditions low in carbon and organic material. The need to nourish and care for macadamia tree root systems is often neglected and cannot be over-emphasised. This is best achieved by trying to mimic the conditions found on the forest floor in the natural habitat.”

Nortjé advises well aerated soil at planting through appropriate soil preparation, which includes deep ripping to a depth of one metre. Using mulch, and either plastic or natural materials to preserve topsoil moisture and minimise weed competition, is recommended.

He says the correction of soil acidity and in many cases soil phosphate levels should be done during land preparation and before planting.

“Soil ameliorants such as lime, gypsum, potassium and phosphate, required on the basis of soil analyses results from samples taken after land clearing, should be broadcast over the entire surface area before ripping and disking.

“Macadamias need lots of organic matter, so the incorporation of as much compost as possible (up to 10 tons per hectare) prior to planting is an added benefit, especially on sandy soils and soils subjected to years of cultivation before macadamia establishment.”

Nortjé warns against using large volumes of chicken manure in the compost, as the high phosphate proportion of this can lead to phosphate-induced iron deficiency if used continuously over a number of years.

Iron deficiencies in macadamia orchards have become common in recent years and Nortjé says in all cases, soil analyses showed grossly high plant-available phosphate levels that rendered iron unavailable to plants and immobilised the iron in the plants, making it physiologically inactive.

“In every case this was further aggravated by far too high soil pH levels, giving a deadly combination of iron, zinc and other cationic micro-nutrients.”

While most of the research on macadamia fertilisation was carried out in Hawaii and Australia, farmers in Africa have had success with following guidelines from these countries. However, Nortjé believes further research is needed to identify optimal fertilisation guidelines for Africa and its unique climate. This could bring the continent one step closer to becoming a macadamia powerhouse, with high quality nuts in abundance.