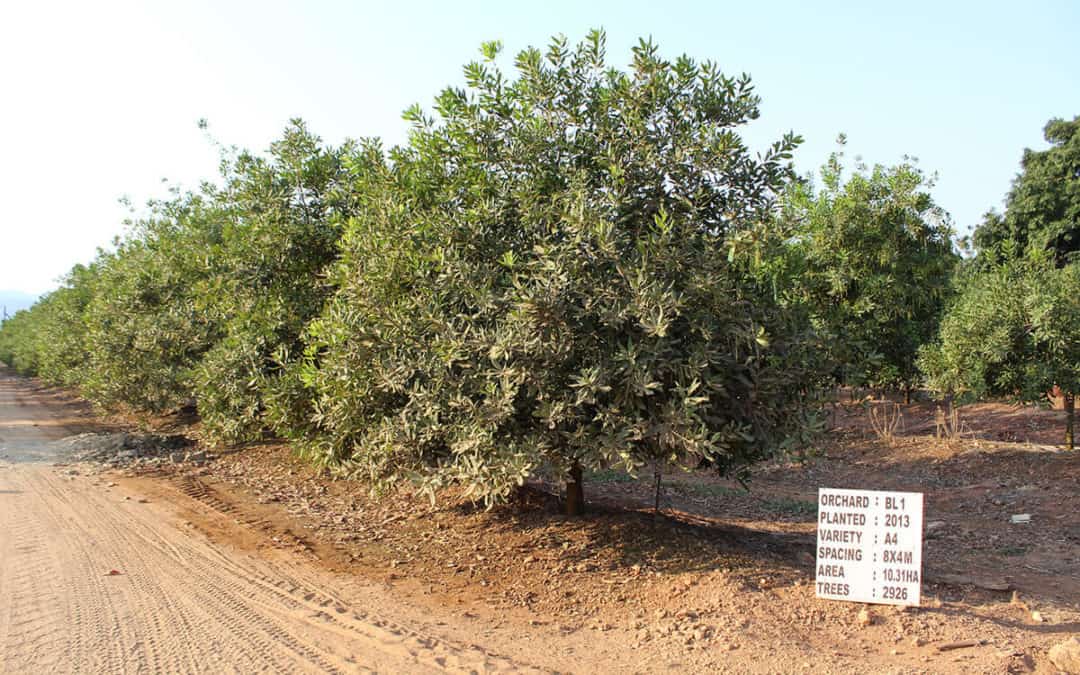 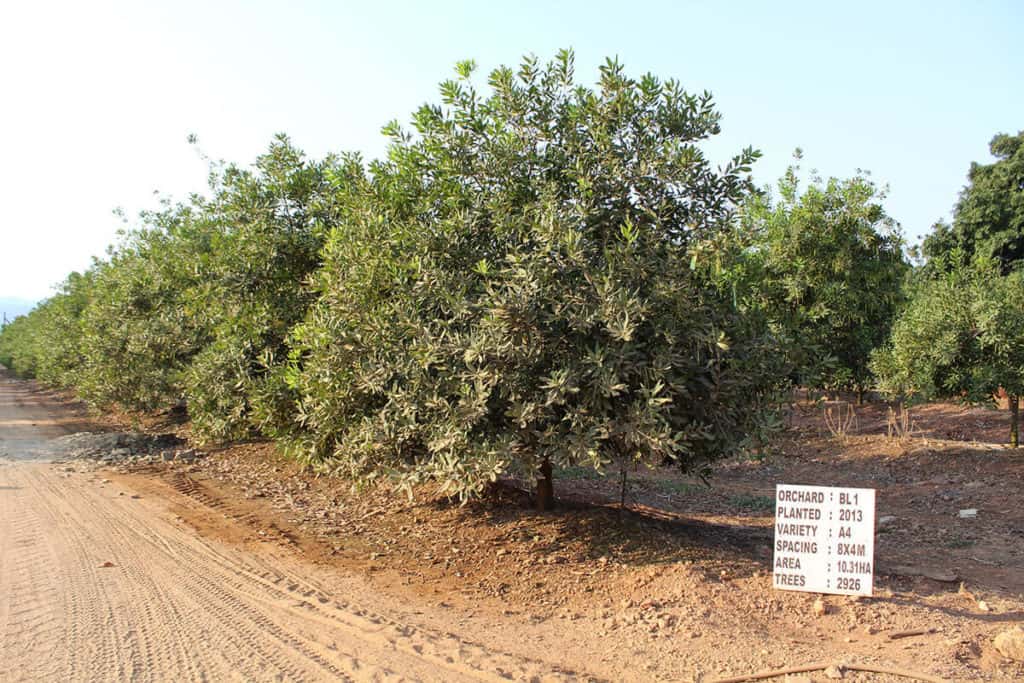 The first macadamias were planted in 1998 on Kudu Farms. At that stage, the crop was still relatively unknown in the area, but today, the trees take up most of the landscape, with constant expansion under way.

Italian farmer takes lessons from Australians to pioneer macadamia crop in Mpumalanga from the late 1990s.

Little remains of the Italian heritage at Low’s Creek and the community of settlers which once coloured the landscape with fruit and vegetable farming between 1900 and the 1980s. But Giovanna Secco, one of the last remaining Italian settlers, has continued in the tradition and upheld her family’s passion for farming while keeping up with fresh market demands. She has not only turned Low’s Creek into a macadamia production hub, but set up the Ivory Macadamias processing facility, which today is one of the leading exporters of macadamia nuts.

With an ideal climate and suitable soils, Low’s Creek just outside Mbombela, Mpumalanga, is an obvious choice for macadamia production. But 25 years ago, the nut was virtually unheard of and resources, information and trees were scarce. With a pioneering spirit and an enquiring curiosity, Secco set sail for Australia to learn from the industry, which she said was already developed there.

“I had family in Australia and while visiting was introduced to Phil Zadro, who today is the biggest macadamia farmer in the world. He consequently came to visit our farm in South Africa and he couldn’t understand why we were planting all these labour intensive vegetables. After many more trips back to Australia and much consultation, we bought the farm next door to ours and in 1998 planted the first macadamias,” she said.

Secco admitted that the whole process was trial and error as no localised information was available at the time. “We were told macadamias wouldn’t work in Low’s Creek as the climate is not conducive. But it is similar to areas in Australia where production is very successful. We had to learn a lot as we went along. There was no localised information available at that stage so we made a few mistakes. We are on a high magnesium belt and we learnt that we need to balance our nutrients carefully to ensure we don’t have iron shortages. It was a continuous process of research, trial and error. Everything was new to us and we started at ground zero.” 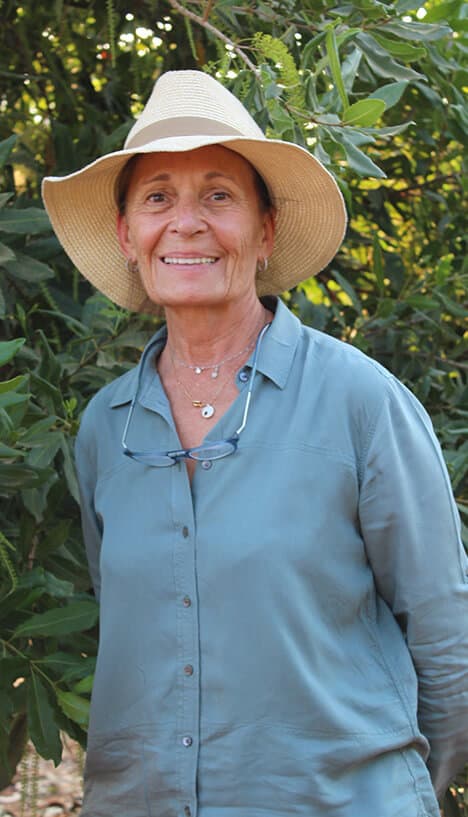 Born in Australia of Italian descent, Secco embodies the Italian spirit, placing family above everything and carving out an existence through hard work, perseverance and a lust for life.

Spending most of her childhood in Australia, the family was cast back to Italy for a brief time to care for Secco’s grandmother when she fell ill. En route back to Australia, family responsibility guided them to South Africa where Secco’s aunt died, leaving a thriving farm that needed to be taken care of before the family could return home.

They started working on Kudu Farm in Low’s Creek on 1 January 1970. Considering the volatility of the era, the family was warned not to invest too much into the country as the outlook was not positive. “But my aunt wanted the legacy of her family and the farm to carry on so we just continued with the papayas and vegetables being cultivated on the farm.”

Secco’s father started planting mangoes and she recalls asking him why he was planting fruit that the family would not be there to harvest in five years’ time. “He said, ‘don’t worry, if we are not here someone else will be here to pick the mangoes’. And we are still picking mangoes! We don’t plant commercially anymore but we have kept a few that my father planted and they are not going anywhere.”

After four years Secco and her brother, Dennis, were plunged even further into the farming business when her father took a step back and handed over the reins. Then in1993, Dennis made the move back to Australia with his family, but continued commuting to and from South Africa. Secco remained to ensure the farm would continue and grow.

Looking back at her flight into farming, Secco laughed and said, “It’s not that I had an interest in farming. It was more like being thrown into the ocean and told to swim or you will drown. It wasn’t a choice!”

But she admitted her success is personality driven as well. “You can put me in the middle of Russia and I will survive. I just enjoy the moment and don’t complain about where I am.

“My dad was an extremely positive, determined person. He had a big influence on me.

My mother died when we were very young so we were brought up by him and my aunts. They also had a big influence in my life because they were all very strong, positive women. They taught us never to give up.”

Secco’s son, Walter Giuricich, chimes in that Secco, even at her age, is a steadfast determined worker. “If there is work to be done, my mom is right there in the field with the workers. It’s very much a feet-on-the-ground work ethic.”

Giuricich, who manages Ivory Macadamias, joined the business 11 years ago and Secco is grateful for the knowledge, experience and energy he brings to the farm. Both of Giuricich’s siblings, Ivan and Antonietta, are also involved in the business, continuing with the farm’s legacy of being family driven.

When the first nut harvest started coming in, Kudu Farms did not even have a dehusker installed on the farm. Secco said the nuts had to be sent to a processor with the husks still intact. But nearly a decade later, in 2007, production was at a level where they could set up their own processing factory, Ivory Macadamias. “We believe in adding value and by processing our own products, it gave us a much better understanding about the nuts, the different varieties, markets and our own problems from a production point of view.

“For example, we were advised to plant the Beaumont variety. We were told it was the farmer’s dream but the processor’s nightmare. We didn’t really understand what that meant. By being part of the processing process, we realised that while it consistently bears a good crop, it has a thicker shell and a smaller nut.

“Furthermore, when you send your nuts to another factory and you get a report back that details quality issues with your nuts, it’s easy to say, ‘but that can’t be; my nuts are the best’. But by processing ourselves we can understand what the problems are first hand and work on improving our harvest. It’s a lot more work, but that’s just how we like to operate.”

During the first year of processing, one container of kernel and two containers of nut-in-shell (NIS) were put through the factory. While the initial idea was to process only Kudu Farm’s nuts, during the second year in operation Secco was approached by two farmers to process theirs as well. “They were turned away from other processors because their quality was too bad,” she said. “ So we processed their nuts and they ended up with a good recovery, and made a good return that year. They asked us to process their nuts again the next year and it just progressed from there.” 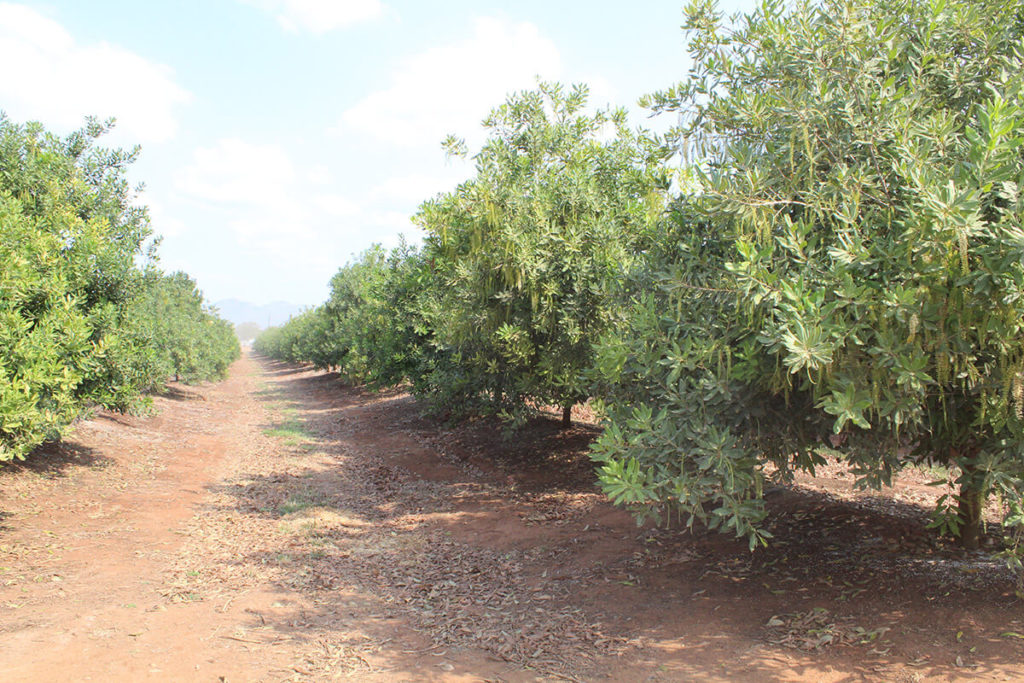 As a macadamia pioneer in Low’s Creek, much of what Giovanna Secco did was trial and error. While they have had enormous success with macadamia production, the farm continues to implement new ideas to improve production, for example planting on ridges.

Recognising the growing demand for nuts and the opportunities within the global industry, Secco decided to invest heavily into macadamias and as farms came up for sale in the area, they were bought up and planted to nuts. “It was quite a financial burden, but we just kept our heads down and kept going. Today we have 600ha planted to macadamias, of which 300ha must still come into production. We are also in the process of planting another 300ha.”

“The whole world is moving towards nut consumption so the prospects for macadamias are good. Our expansion is built on belief in this industry. Provided the processing plants can process the nuts and it is quality driven, we have nothing to worry about.”

Unfortunately, Secco added, the macadamia industry in South Africa was very fragmented, which can perpetuate Africa’s bad reputation concerning quality food production. “As a continent Africa already does not have a great reputation so it is especially important that macadamias remain in good standing and that nuts from Africa are seen as good quality. Our industry needs to work together and stand together. Everyone can still have their own farms and processing factories, but we need to do what we can to keep our standards high.”

Recognising the need for cohesion and progression, Secco and her family decided to incorporate Ivory Macadamias into Global Macadamias, along with several other leading macadamia processors. Global Macadamias, which officially opened its doors in February 2020, will be the biggest processing facility worldwide.

While Secco’s stopover in South Africa in 1970 became a lifelong commitment, much of her family is still based in Australia. Asked why she has not considered completing the journey back down under, she answered, “My dad lived and worked in so many different countries and he always said South Africa was heaven on earth. You can go wherever you like – there will be difficulties everywhere – but all things considered, South Africa is still paradise.”