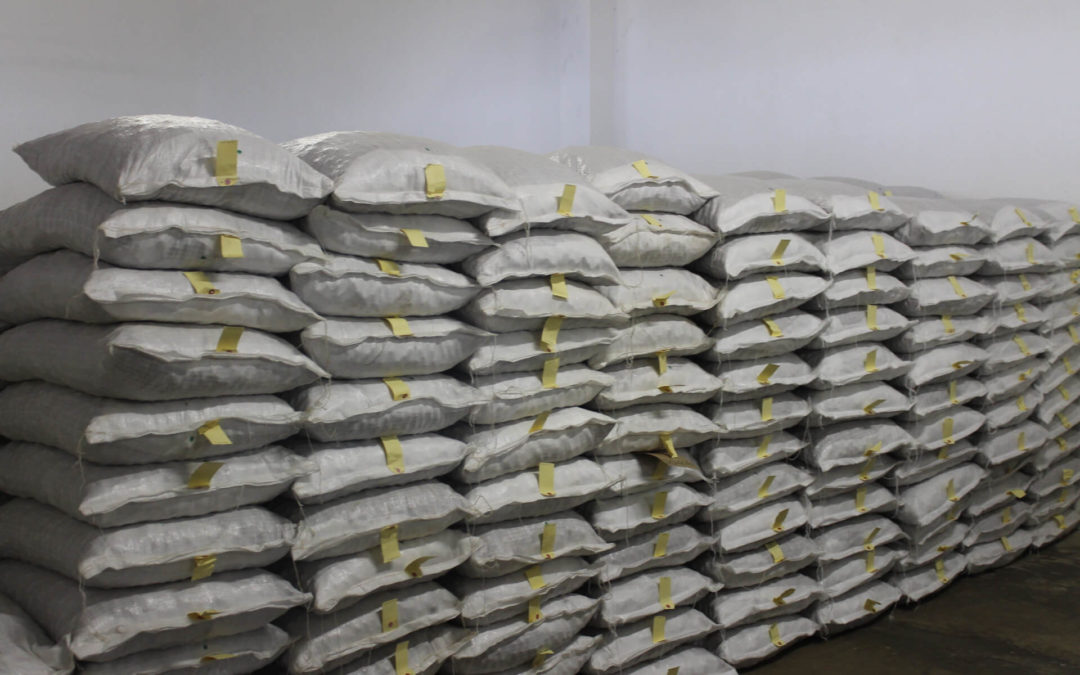 The COVID-19 global pandemic has created havoc in many agricultural markets, macadamias notwithstanding. While prices are predicted to hold up, shifts in supply chain activities, however, are expected to demand careful management and a spread of the risk across markets.

When the annual macadamia pricing season started in March, disruptions in Chinese food value chains were already being felt in the agricultural sector.

As logistics ground to a halt and the country went into lockdown to stop the spread of the coronavirus, which started in the Chinese city of Wuhan in November 2019, ports jammed up with containers waiting to be offloaded. Fortunately for the macadamia industry, exports had yet to start and the industry was able to avoid the mounting disaster faced by many other food producers.

Despite these and consequential economic challenges in China, the market for macadamia nuts globally is expected to stand firm.

Allen Duncan, CEO of Green Farms Nut Company (GFNC), said the silver lining on the dark cloud that is the coronavirus remains the stable and growing kernel market around the world.

“This, and the unfortunate downward revision for the Australian macadamia crop as a result of the drought, positions South African farmers to expect a relatively stable price offering on last year, in rand terms,” Duncan said.

However, he added that while the company was monitoring developments, the true impact of the coronavirus on South Africa’s sector remained unknown. 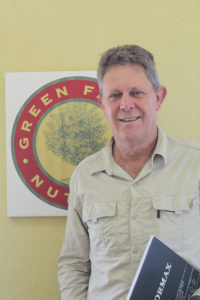 The fast changing pace of current reality worldwide as a direct result of the pandemic has meant accurate market predictions are impossible, as trade flows change almost daily.

An industry source – who asked not to be named – said the macadamia remained in a healthy position, for now.

“Globally, consumers are mostly at home and spending a large portion of their income on food. People are snacking and experimenting with new recipes so the demand for nuts is good. Anything available on the shelves or online is being sold. Where there is a bit of trade disruption is where businesses that sell macadamia nut products have closed. Duty-free shops in airports that sell high value products like chocolate coated macadamias, for example, have come to a standstill. The fast food industry in the United States, which has all but closed, is also having an impact since many of them sell macadamia nut cookies. The manufacture of these products has therefore been stopped. If you are a supplier with big exposure to these food companies you could have a problem as contracts can be cancelled due to force majeure.”

He said this meant the kernel usually destined for these markets would have to “find another home”.

“Since the snack segment is doing so well, we don’t foresee massive problems within the market as a result. But it does require processors to be adaptable and have exposure to a wide range of markets.”

China alone consumes roughly 25% of the global macadamia supply and approximately 35% of South Africa’s macadamias were exported there last year.

But the supply of macadamias to China has now dried up as no new shipments were accepted before their New Year – traditionally when customers replenish their nut stocks. “This is good news because the factories want immediate shipments. Online sales are also doing very well,” he said.

According to Allen Duncan online retailers were now responsible for around 50% of macadamia sales in China, and what was positive was two of these, Three Squirrels and Best Store, had recently listed publicly.

“PepsiCo has also made significant investment in Bee Cherry, another large player. These factors are likely to contribute to consolidated negotiation power, but also more stability and transparency in the Chinese market,” he said.

He added, however, that on the downside, China’s import duties on South African macadamias created a constraint, particularly as the Australian crop was free of duty into China.

“Domestic macadamia production in China remains on the rise, although at a slower rate than forecast, and this translates to increased consumption of local goods, further displacing external suppliers to this territory,” he said.

The impact of the coronavirus on the Chinese market, the source said, was creating shifts in the markets for all nuts, which meant prices were coming under pressure.

“The European Union supply chain has been under pressure and so China has become the dumping ground for many nuts, including pecans, almonds and walnuts. The volume of nuts arriving there means the prices for all nuts have fallen. Since macadamias compete with all of the other nuts, especially in nut mixes, it means factories reduce macadamias and include more of the cheaper nuts. Ultimately we expect the demand for luxury products will reduce in the next six to twelve months because people have less disposable income as a result of the low economic activity during shutdowns linked to the pandemic.”

He said the expectation in China was inshell macadamias would dominate the market this year due to fears that cracking facilities might not open as a result of the coronavirus and resultant lockdowns.

“Since there is more inshell being sent to China, there are concerns this market could be flooded and prices could drop. The industry needs to be mindful that when exports start peaking and there are a thousand containers of inshell en route to China, buyers could default on contracts, only to negotiate new contracts for cheaper nuts.”

However, he believed there was no reason for prices to reduce and sellers should not lower prices in a panic when Chinese consumption slowed down.

“Supermarkets globally are on record sales. But it is crucial to not send too much to China at this stage so we don’t flood the market,” he warned.

Despite concerns over the Chinese market, the outlook for macadamias remains positive. Duncan said macadamias, relative to other tree nuts like almonds and cashews, tended to be price resilient. “This is potentially due to their smaller representation in the total tree nut ‘basket’, but also perhaps to their luxury perception and position in market. We also hold strong confidence in the kernel market.”

Also in the South African farmer’s favour was the drought in Australia, which has reduced the crop size, and the fact South Africa was not expecting a bumper crop either. Equally, there have been no disruptions in harvesting or processing since the lockdown.

As a result, the source said he did not expect a price decrease in inshell or size 0 and 1 style nuts. “The ingredient market, which requires smaller styles, is, however, under a bit of pressure and we could see a small decrease in US dollar terms. The supply chain is continuing but everything is happening slower. We are lucky to have a product with a long shelf life and since it is a high value product, we can afford to pay a bit more to have our containers given preference at the ports. As long as the ports keep operating we won’t have any problems. And the fact that they are moving containers a bit slower than usual is also a blessing in disguise because it means we can’t flood the market all at once.”

He concluded, though, that it was crucial the high quality of inshell nuts sent to China was maintained.

“The biggest danger is if we send bad quality in our first batches in a desperate bid to satisfy the current high demand. The first lot of nuts coming in is usually of lesser quality since it contains much of the previous year’s crop left on the ground. This would usually be cracked, but with the high demand processors could be tempted to ship what they have inshell. If this happens the Chinese could refuse to take any more shipments from South Africa. If we send good quality then the market will remain open for us. We will be doing huge damage to the industry if we send bad quality nuts,” he said.