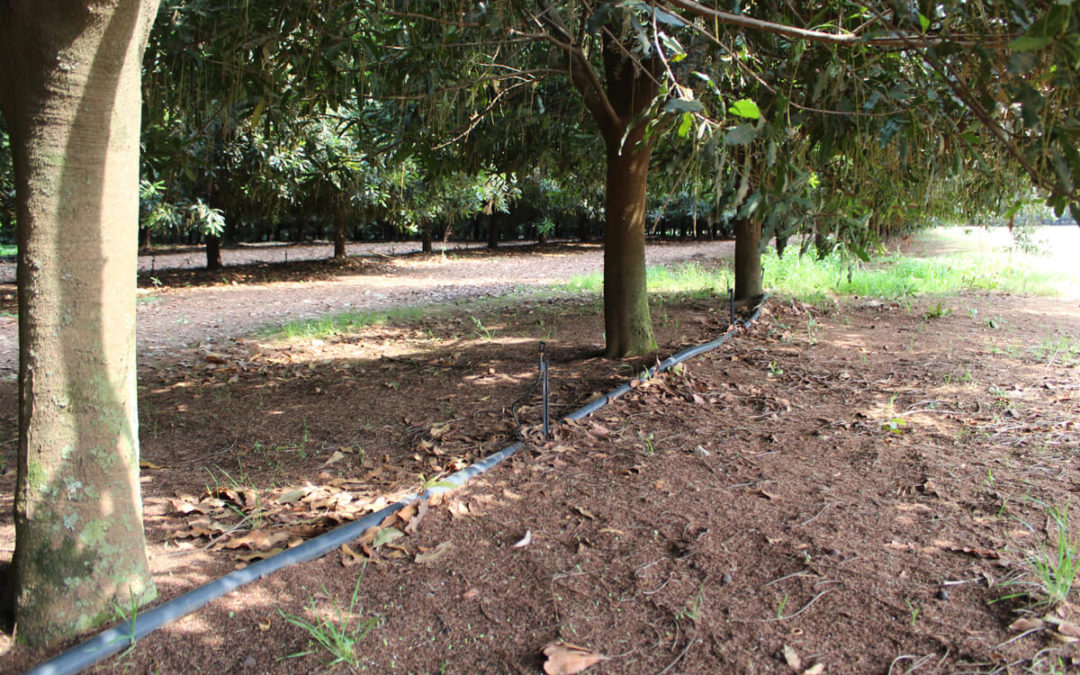 Ongoing research on water usage in macadamias is confirming initial findings that orchards are over-irrigated. With pressure on water resources and significant costs associated with irrigation, farmers stand much to gain from reducing water consumption in their orchards.

Water has been given, and continues to receive, much attention in South Africa, largely due to the recent widespread droughts and the inherent water scarcity in the country. This has prompted many industries to relook at the water usage of their crops. Since macadamias have always been considered thirsty, the vast majority of orchards are irrigated and dependent on available water resources for good yields with optimal quality.

However, since drought started reducing water resources in 2015, concern has grown as to how the ever-expanding orchards will be irrigated.

Previously The Macadamia reported on ongoing research regarding the true water consumption needs of macadamia trees. Since then, the study has only confirmed preliminary results: farmers are over-watering their orchards.

The study (Project number K5/2552//4), funded by the Water Research Commission in partnership with Macadamias South Africa (SAMAC) was undertaken by several researchers, including Dr Nicolette Taylor, senior lecturer at the University of Pretoria’s Department of Plant and Soil Sciences.

She noted that since farmers were all too aware of the risks of under-irrigating crops and the yield penalty that ensues, the result is a general tendency to over-irrigate. “But under drought scenarios and the stricter policing of water allocations, this might not be possible for much longer. In addition, expansion can’t take place within existing allocations if the whole water allocation is being used for the current area under production. 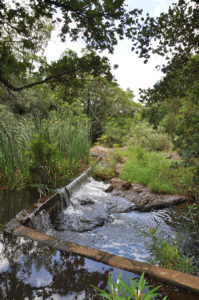 “The solution can only lie in becoming more water-efficient, which requires a greater understanding of crop requirements and the difference between beneficial and non-beneficial water use.”

To try to answer the question of how much water macadamia trees require, transpiration has been determined in three Beaumont macadamia orchards in the Schagen Valley close to Nelspruit. The site was chosen based on the importance of this production region for macadamias and the good agricultural practices of the growers. The three orchards differ in canopy size, and range from an immature orchard, which has not begun to bear nuts, to an orchard in full production, producing six tons per hectare.

“This indicated that weather conditions alone are not driving transpiration rates in macadamias and that the tree exerts some control over water loss through the stomata. This suggests that under hot and dry conditions, the trees will not necessarily use more water and by applying too much water under these conditions, more harm than good can be done, due to the reduction in oxygen content of the soil in saturated soils, further restricting water uptake.”

The response of transpiration to increasing evaporative demands was confirmed through leaf level studies, where stomata were shown to close at high vapour pressure deficits (hot and dry conditions), which typically exceeded 2.5 kPa. Importantly, this closure reduced photosynthesis, as CO² entry into the leaf was reduced.

Taylor said macadamias may therefore not be ideally suited to hot and dry climates and there may be a yield penalty in these climates. This aspect does, however, need more research to fully understand the impact of reduced photosynthesis on yield.

Despite a large amount of effort going into finding the answer to the question of how much water macadamia orchards use and physiological control over water use, Taylor lamented that they still don’t have definite answers for the industry.

“Water use is influenced by prevailing weather conditions, tree size, irrigation system and area wetted by the irrigation, pruning strategy and planting density. This is why we are now working on water use models that will allow us to estimate water use of macadamia orchards for a wide range of conditions, including different climatic zones and orchard management practices.”

These models should assist growers in correctly designing irrigation systems, determining whether expansion is possible within the current water allocation and planning allocations to different orchards varying in tree size or canopy cover.

Taylor said there is probably no single correct answer to the question of how best to manage irrigation in a macadamia orchard, as it largely depends on a grower’s particular circumstances.

However, a few things should be kept in mind when trying to manage water optimally in orchards and to be more efficient with water resources.

“Transpiration is referred to as a beneficial use of water, while evaporation from the soil and vegetation cover is seen as a non-beneficial water use. For this reason it is important to understand the water balance in an orchard, as this helps to determine where and when water savings can be made.

“Tree transpiration should be maximised, but water use by the vegetation in between tree rows and evaporation from the soil should be minimised. This can be achieved by, for example, reducing the soil surface area wet by irrigation and trying to maintain the area wetted by the irrigation to within the area shaded by the trees.

“Mulching the soil surface also reduces evaporation and conserves water within the soil, while managing weeds and the grass cover between orchards will also reduce the water used by these plants.”

Taylor said this might be particularly important in young orchards, as their research is showing that evaporation comprises a significant proportion of total water use of younger orchards. This is because a greater area between the tree rows is exposed to solar radiation, driving evaporation from the soil and transpiration from the vegetation in between rows.

She added that using tools to isolate the water from the irrigation close to the trees and to shade this area of soil could contribute to significant water savings in young orchards.

To assist growers who face water restrictions during the season or who do not have significant water allocations to expand the orchard, research is being conducted to determine the impact of water stress at different phenological stages on yield and quality of macadamia nuts.

This trial is also being conducted in the Schagen Valley on Beaumont macadamias and has been running for two seasons. Taylor said since macadamias are perennial, alternate bearing trees, it is critical that these trials are conducted for a minimum of three seasons, to take into account alternate bearing and the impact of stress during one season on the next season.

In this study trees have been stressed during the following phenological stages: flowering initiation, flowering and nut set, nut sizing and premature nut drop, shell hardening, and oil accumulation. In addition, they have included a control which follows the schedule determined by the grower, a treatment which delivers half of the farm irrigation and finally a treatment that is not irrigated and is therefore rainfed. 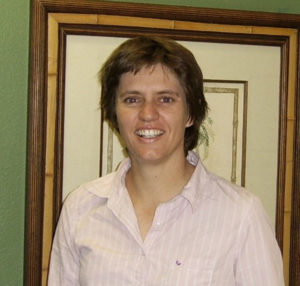 “Results are still preliminary, but despite not irrigating trees and drying out the soil during the stress periods we have struggled to achieve stress in all the targeted trees during each stress period. As a result we have not observed any major impacts of reduced irrigation on yield and quality of macadamias.

“What has been very interesting is that the trees that were not irrigated for two years have not performed worse than the well irrigated control, and have maintained yields. The final year of measurements will be important to help us reach more definite conclusions about the impact of stress on yield and quality of macadamias.”

This WRC and SAMAC funded project is in its fourth year and will conclude in March 2021. While a significant amount of data has been collected, researchers are still in the phase of checking and interpreting its accuracy. It is envisaged that by the end of the project there will be practical advice and tools available to growers to manage the irrigation of their macadamia orchards, especially when it comes to irrigation design and planning water allocations.