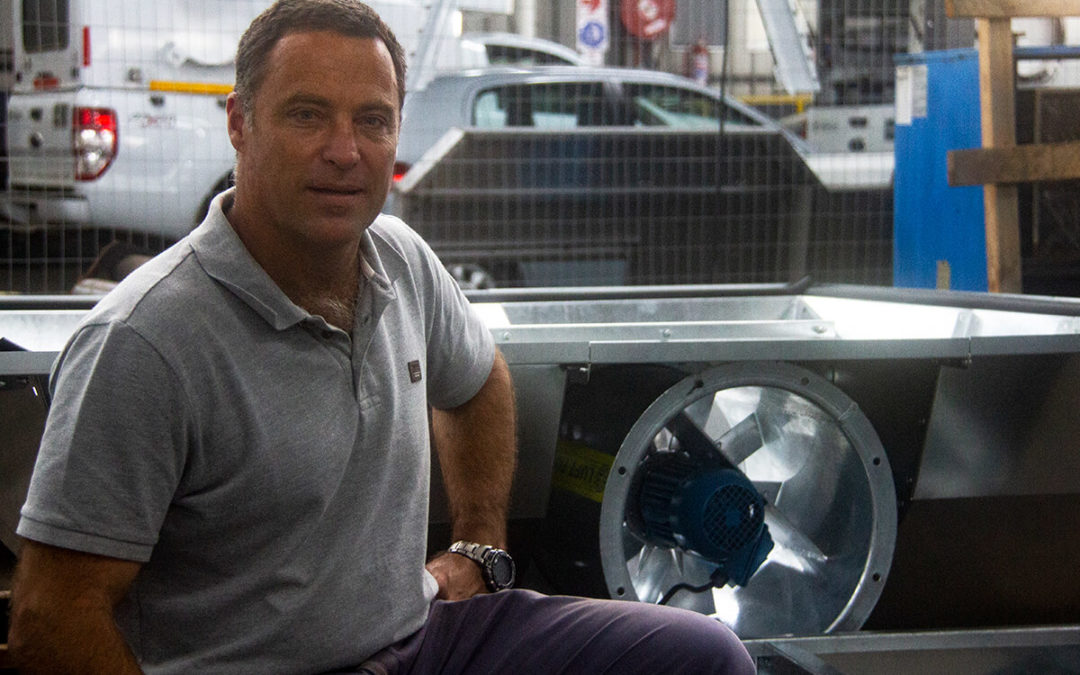 “The large-scale or commercial macadamia farmers have really taken to the DryMac, which is not only portable but can dry about 38 tons of nuts in one go at an average temperature of between 4°C and 10°C  lower than the traditional method,” Padt said. 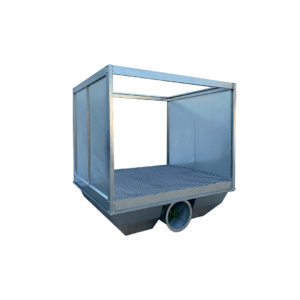 But, he added, it wasn’t long before the smaller farmer, and those just starting out with macs, started knocking on his Pinetown factory door.

“They said they were looking for something smaller. Something that could grow with them as they developed their orchards. It was also a cost issue. The DryMac is affordable for the commercial-scale farmer, but not for the small-scale guys. It made sense for them to have something that was more suited to their scale and pocket.”

The just-launched modular dryers use seven-times less electricity than a conventional dryer if using heat-pump technology, which effectively means farmers can realise a return on their investment within two harvesting seasons. It is precisely controlled, requires a 380V or 220V power supply, and cures the nuts at a low temperature that is ideal for the prevention of damage to the nuts.

The dryers have also attracted the interest of the dried herbs market, with a bespoke unit ready for installation in Eswatini (formerly Swaziland) for drying moringa leaves.

With a matric from Grey College Bloemfontein and a T4 national higher diploma in mechanical engineering from the Durban University of Technology, Padt is not only passionate about innovation engineering, but also about using his natural-born skills and creativity to design and fabricate products that have environmental sustainability as a top priority.

As a surfing enthusiast whose home rests at the very crest of Durban’s Bluff, overlooking the Indian Ocean, Padt said he gets inspiration for his many ideas while holding his “board” meetings on the backline early on a winter’s morning when the waves are at their best. “I came up with this idea of making modular drying bins that could be used as a stand-alone option, or as farmers increase their plantings so they can grow their investment up to six bins, which then can be fitted snugly into the 40ft DryMac. The six bins altogether have the capability of drying up to 26.5 tons of nuts.” 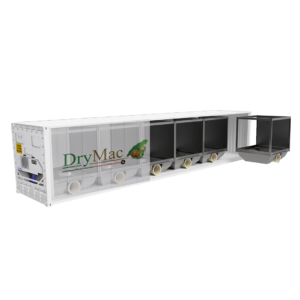 As the farmers’ needs grow so they can affordably buy further bins. “It is really simple but effective technology,” he quipped.

“Each bin holds 5.5 tons of dehusked wet nut-in-shell or 4.4 tons dry nut-in-shell, which are then dried over seven days using our heat-pump technology.”

Another of Padt’s little quirks – among many – is his love of fire. 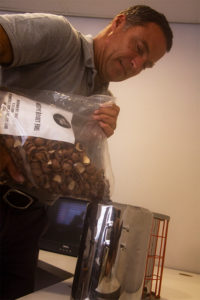 Innovation up in flames – the MacStove developed by RocketWorks for outdoor enthusiasts and rural communities, which can effectively produce a three-course meal on just 500g of macadamia shells.

The RocketWorks clean-burning MacStove burns using just 500g of macadamia shells. “We are closing the loop with this stove,” he said.

“Macadamia shells are usually thrown away, as they are considered waste, so we have developed this little stove that can be used both indoors and outdoors to provide heat or cook food safely. We are packaging and selling the shells with the stove as an effective fuel – what we call rocket fuel. You don’t need to use a lot and they burn for a long time.”

In the RocketWorks yard where the massive containers are being gutted and then re-fitted, Padt’s pride in his innovation is clear.

“The environmental footprint of what we do here is so low. We buy the reefers second-hand. We take everything out of them, re-fit them and adapt them. I guess you can say we make them brand new again, put a brain on them and then send them out to farms where they are put to work using technology geared for environmental sustainability. That makes me very happy.”