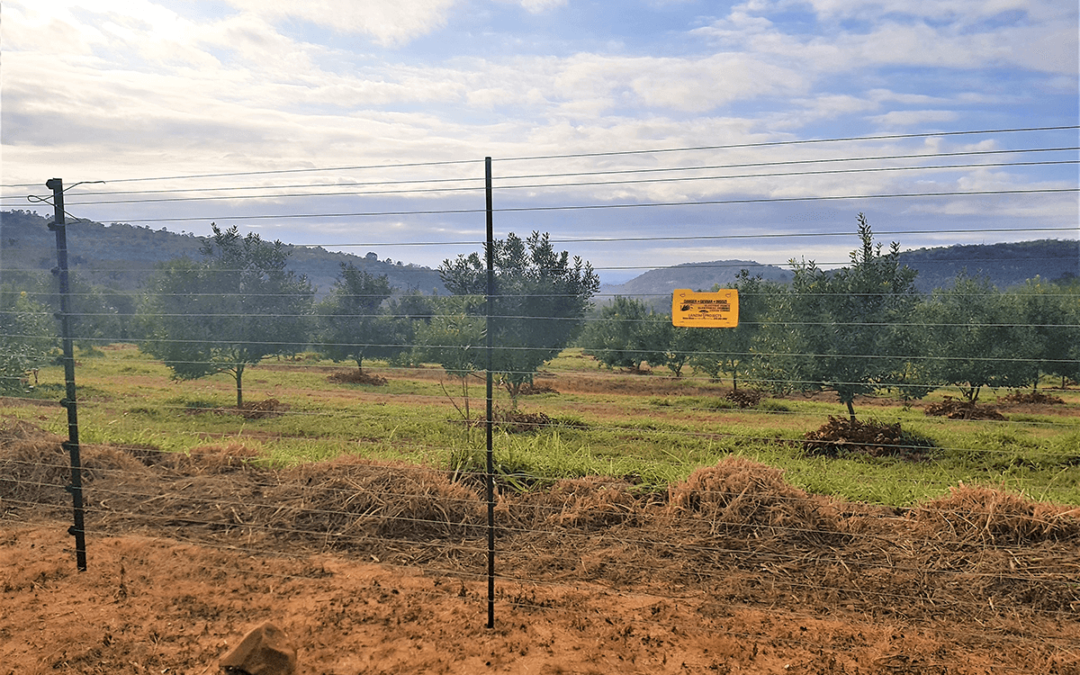 Macadamia farmers up the ante to protect their orchards as criminals raid the lucrative crop across vast tracts of land in the belief that they are hard to police.

As South Africa’s macadamia sector ratchets up close to R200 million annually in losses to theft, experts are advising farmers to develop clear strategies linked to thorough budget planning before securing their crops.

Crime is a serious problem generally, but as the macadamia industry has gained pace in the country with increasing publicity about its lucrative returns, so the crop has attracted the interest of both petty criminals as well as organised crime syndicates.

Security manager at Nelspruit’s J&M Security Hendrik Botha said that with the multitudes of options available, it was necessary for farmers to do their homework before making any investment.

But the first step, he said, was a change in attitude.

“Those who have an ‘it will never happen to me’ approach, or turn a blind eye based on a belief that the quantities of nuts and trees being stolen are negligible, are putting themselves at risk. Also, if surrounding farms have good security, the landowner who does nothing, or too little, is a soft target,” Botha said.

While the incidences of theft had dropped as farmers had stepped up their security, he said it was now a case of making sure systems continued to work well, were well maintained and alert levels were always high.

“Before macadamia farmers started to fence their orchards, bakkie loads of the nuts were taken out. But now that the industry has scaled up its security the thefts have declined, but not significantly enough to say it’s okay not to have security in place. For example, guard patrols in the orchards have made a big dent in nut theft. But during harvest farmers must also have guards at their storage facilities. We have seen nuts weighing up to 500kg, or half a ton, stolen in one case. Nurseries also require security as the demand for young trees is at a high. We have even seen young trees stolen out of the ground during the night after they have been planted,” he said.

Taking moisture and current prices and exchange rates into account, half a ton of stolen nuts equals a loss to the farmer of between R34 000 and R340 000. 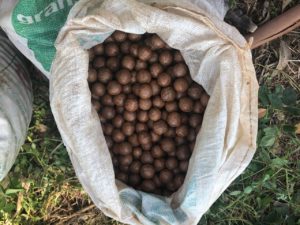 Stolen nuts recovered by J&M Security have given the company a good idea of how thieves operate and the kinds of security systems needed.

Botha said when specific farms were targeted the plan was usually to cut through or burrow under a fence to get into the orchard.

“Going over the fence is also possible, although taking bags of nuts back over the fence again is more difficult. The perpetrators then take the bags of stolen macadamias to the road where they wait for pre-arranged transport, usually a bakkie or a Quantum taxi.

“If there is an alarm connected to the fencing, that should trigger as soon as the fence is tampered with. Thieves will usually go into the orchards on foot and spend a couple of hours filling the bags with the nuts. The plan then is to walk back to the road with the bags which means they will have to get through the fence again. Ideally, the fence alarm should have alerted both the farmer and or their security, who by this time should be on the ground and ready to prevent the intruders from escaping.”

He said storage facilities had become increasingly important since thieves had started going directly to these sheds to collect high volumes of nuts all at once.

“The shed storing the nuts needs a decent alarm system and cameras. It doesn’t help if growers have spent so much money on harvesting the nuts but as soon as the harvest is done, the crop disappears.”

Layers of an onion

CEO of Stafix Security Centres Maurice Williamson said in South Africa, it was hardly a case of “it will never happen to me”, but rather, “when it does happen then I will be prepared”. 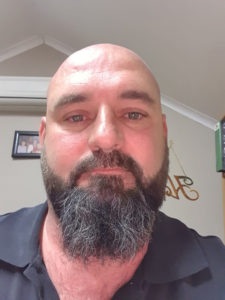 “Unfortunately there is no one solution for the prevention of criminal activities. Planning an effective on-farm security system is a bit like peeling the layers of an onion, or at best, planning the defence of a castle.”

Williamson said when protecting a specific crop, in this instance macadamias, the best solution was to keep would-be criminals out of the orchards altogether. For this, a good perimeter security system was essential.

“Walling is impractical, and conventional fencing is easily breached, so farmers are faced with two options. One is to reinforce their existing perimeter fence with monitored electric fence wires or, second, to erect an entirely new monitored electric fence. The former is obviously the cheaper option as the strainer and support posts are already in place. An existing conventional 1.2m barbed wire fence can be reinforced with offset brackets on the inside, making it difficult to climb through or over. This is a fairly low-grade deterrent security system but it has had beneficial results.”

The cost of materials for reinforcing the fence with eight offset wires on to the existing fence can cost about R15 000 per kilometre, materials only. The cost of electronics and labour must still be taken into account.

There are numerous cost options for a 2m to 2,4m free-standing monitored electric security fence. Factors such as materials (creosote poles or steel standards), fireproof or plastic insulators, the soil type (rocky or loamy), the shape of the location (this will influence the number of straining points), number of gateways, the wire used (galvanised, stainless steel or aluminium), and the number of strands, are just some of the variables.

The cost of materials only can range from between R55 000 to R150 000 a kilometre, excluding electronics.

Pricing for electronics depends on the degree of sophistication and the source of power available. This can be either 220-volt mains with battery back-up or solar power.

According to Williamson, a basic simple energiser able to monitor a fence and trigger a siren and flashing lights could cost from R2 500, going up to the really high tech systems able to divide a fence into 50 sectors, with each consistently “reporting” to mobile phones or on-farm computer systems.

“Such a system would then also keep an accurate record of any events registered on the fence line. This can cost about R47 000,” he said.

It is also possible to fit fence lines with taught wire devices able to register if the lines are being forced apart or tampered with. Configuration can also allow for underground monitoring capabilities on a fence line to detect any burrowing activity.

And once the perimeter was taken care of, Williamson said the next step was to include the installation of camera equipment.

“Again the cost depends on a number of variables and the degree of sophistication the farmer wants. A large Pan Tilt Zoom (PLZ) camera, mounted at least eight metres above the ground, is capable of monitoring up to 10km at a cost of R20 000 to R30 000. Such cameras are often mounted at the corners of properties and they look along the perimeter fences.”

Botha said security cameras with an average eight channel IP (internet protocol) system costs about R25 000, with an alarm system and security for a storage facility about R7 000.

At nurseries, he said, much smaller cameras costing below R1 000 were adequate. Beams were also useful as they could detect movement at night. A set of wide angled, wireless Roboguard beams can cost up to R12 000.

“Patrolling guards cost R15 500 for a 12-hour nightshift guard a month, with monthly security company fees ranging anywhere from between R550 to R10 000 depending on the size of the farm and what needs to be protected.”

Using simple terminology Williamson suggests farmers check their ‘Ds’, as follows, to make sure their security systems are up to scratch: