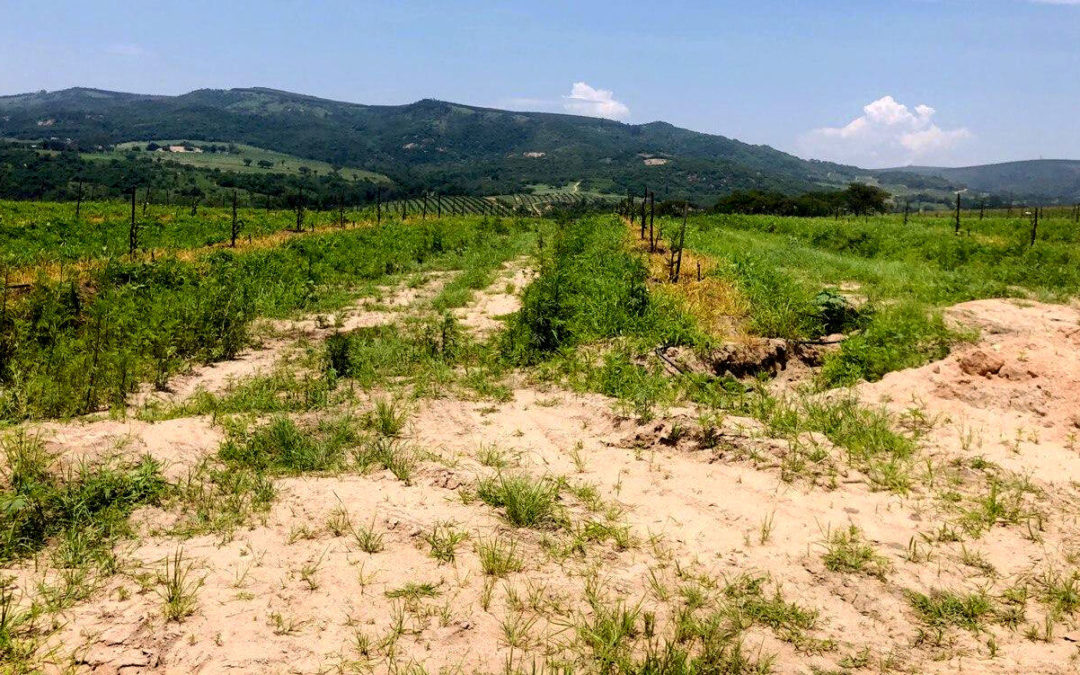 “The earth is made up of the soil on which we build, farm, live and play. Soil is not only finite but took millennia to develop into the life-giving resource it is for all living creatures on the planet. And that is why we cannot ‘sommer’ plant all of our trees in rows facing north/south.”

Macadamia expert and consultant Kobus van Niekerk delves into the correct and environmentally responsible orientation for tree planting in harmony with both the sun and the soil.

Is north/south the correct orientation for tree row direction? The easy answer is usually: “Yes, no question!”

But why and what is the reasoning behind this practice?

Some would say planting in a north/south direction makes for better light interception.

In reality, the orientation of the rows of trees in an orchard is way more complicated and requires an in-depth study of a raft of aspects to make sure optimal conditions prevail for the protection of the soil cover, growth potential and tree health.

There is a fact, or if you wish, a law, governing all-natural phenomena, called the conservation of energy. There is no known exception to this law – it is exact.

According to The Feynman Lectures on Physics 1961: “It is not a description of a mechanism, or anything concrete, it is just a strange fact. We can calculate some number and when we finish watching nature go through her tricks and calculate the number again, it is the same.”

Energy is subject to this law, energy can neither be created (produced) nor destroyed, and it can only be transformed.

Most of the world’s energy resources are derived from the sun’s rays hitting earth. Some of the energy is preserved as fossil energy and some is directly or indirectly usable, for example, wind, hydro or wave power. The term “solar constant” is the amount of incoming solar electromagnetic radiation per unit area measured on the outer surface of the earth’s atmosphere in a plane perpendicular to the rays.

Figure 1 How the intensity of sunlight on earth varies with latitude. (Imagine the different zones e.g. temperate, sub-tropical and tropical).

The “solar constant” includes all types of solar radiation, not just visible light. It is measured to be roughly 1 366 watts per square metre, though it fluctuates by about 6.9% during a year – from 1 412Wm2 in early January to 1 321Wm2 in early July (in the southern hemisphere). This fluctuation is due to the earth’s varying distance from the sun and by a few parts per thousand from day to day.

This value is the total solar energy received by the planet; of which about half, 89 PW, reaches the earth’s surface. 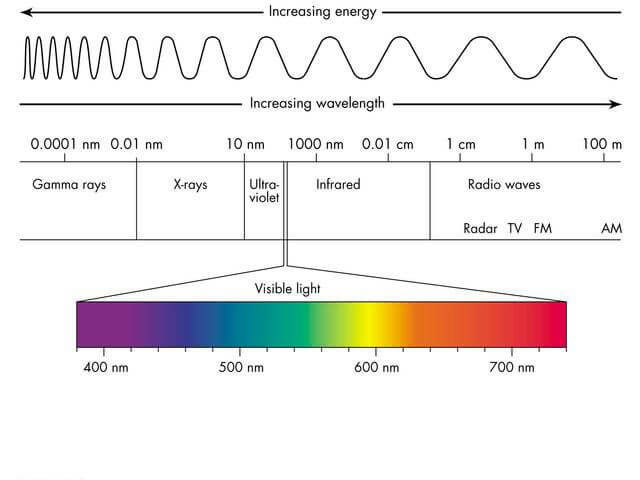 Gamma rays, X-rays and Ultraviolet C (wavelengths from 0.0001nm to about 300nm) are blocked by the earth’s atmosphere. Ultraviolet B and A as well as the visible spectrum of light reach the earth’s surface.  The wavelengths from about 780nm to 0.5cm are in the infrared spectrum and bring heat to the surface of the earth. Longer waves consist of the radio wave spectrum (radar, TV, FM, AM as well as the radio waves for 3G, 4G and 5G internet connections).

Of the visible part of the light spectrum, only small portions of wavelength groups are available for photosynthesis, for example: purple, blue (± 380 to 470nm), red and deep red (± 630 to 700nm).  Photosynthetically Active Radiation, often abbreviated as PAR, designates the spectral range of solar radiation that photosynthetic organisms are able to use in the process of photosynthesis.

Plants with leaves which turn orange to red in autumn change from chlorophyll photosynthesis to β Carotene photosynthesis, making use of the higher energy but shorter wavelengths of blue and purple.

And that is the fundamental reason why many believe it is imperative to plant – in this instance rows of macadamia trees – in a north/south direction.

Simply put, the most efficient sunlight interception model for the planting of permanent crops. Or is it? 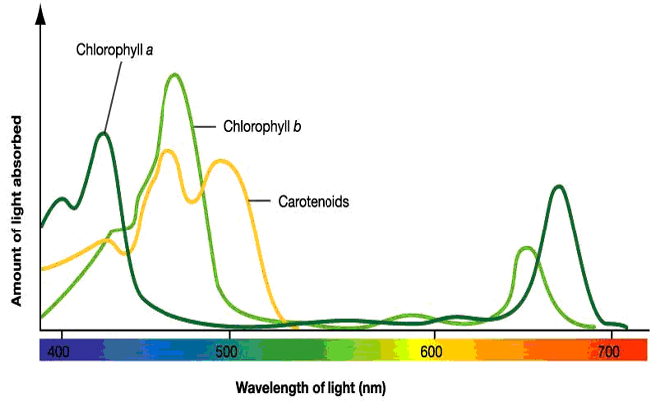 Figure 3. The Photosynthetically Available Radiation for different radio wave antennae on some pigments.

Unlike photovoltaic technology, which has improved efficiencies exponentially during the past 30 years, photosynthesis is, in fact, inefficient.

The process of photosynthesis can be explained with a simple chemical reaction formula:

To perform photosynthesis, plants take in carbon dioxide through their leaves and water through their roots. By using radiant energy from the sun, plants combine these two elements into simple carbohydrates or sugars, which contain carbon, hydrogen and oxygen, which then give off oxygen gas.

By doing this, plants capture both CO2 and solar energy and convert sunlight’s electromagnetic energy into chemical energy, which is then stored in the molecular bonds of the carbohydrates.

In short, plants take sunlight and make it into food.

The light PAR photons excite the electrons from the hydrogen (H2O splits with the help of chlorine) to get enough energy for the synthesis of a glucose molecule.

At least eight photons are needed to complete the chemical reaction, which is why it is deemed inefficient. In other words, less than 0.2 to 2 % of PAR is converted to the first sugar molecule. And when the leaves sway in the wind the conversion is even less efficient. Interestingly, leaf colour also plays a role.

It is true that planting trees in rows facing north/south improves the interception of sunlight, but when photosynthesis efficiency is just 7%, additional to the average of 1.1 % conversion to sugars from radiated energy, or an improvement of just 0.07 %, it brings the premise into question.

In fact, a raft of factors must be weighed up during the decision-making process on the orientation of the rows of trees in an orchard. And these factors must be considered according to their importance.

In other words, if any factor weighs more heavily on the situational analysis than the previous factor on the list, then that previous becomes less important – actually, it should fall away – and the heavier factor becomes the most important consideration in the decision on tree row orientation.

These factors are as follows:

We cannot overestimate the importance of the photosynthesis process to life on earth. At its most basic, life can be described as a state of physical and chemical organisation, which is able to grow, maintain and reproduce itself.

No form of life can do these things without the input of energy to fuel its metabolism, and this energy must come in the form of chemical energy. Sunshine can be helpful to life in many ways, but we can’t eat it to power our metabolic processes.

Apart from a few rare exceptions, all of us, plants included, access the stored chemical energy in our food through a process known as respiration. Aerobic respiration recombines the oxygen with the carbohydrates, releases the stored energy and gives off carbon dioxide and water as waste products. These can then be used again by plants to create more food, meaning the same molecules can be used over and over again, to store and distribute energy down the food chain.

And because we are all solar powered, too much or too little radiation can create its own problems, particularly in plants.

For example, too much ultraviolet light can damage the DNA and important photosynthetic structures in plants.

In the case of macadamia trees, the pollen tube growing down the stamen is susceptible to harm – as is all temporary tissue without mature tissues’ protective structures – as too much infrared light can cause overheating. This effectively demonstrates how orchard design and tree orientation require careful consideration to ensure not only the optimal health of the trees, but to make sure the way we farm today builds a legacy of healthy soils and therefore a vibrant environmental inheritance for our children and their children’s children.