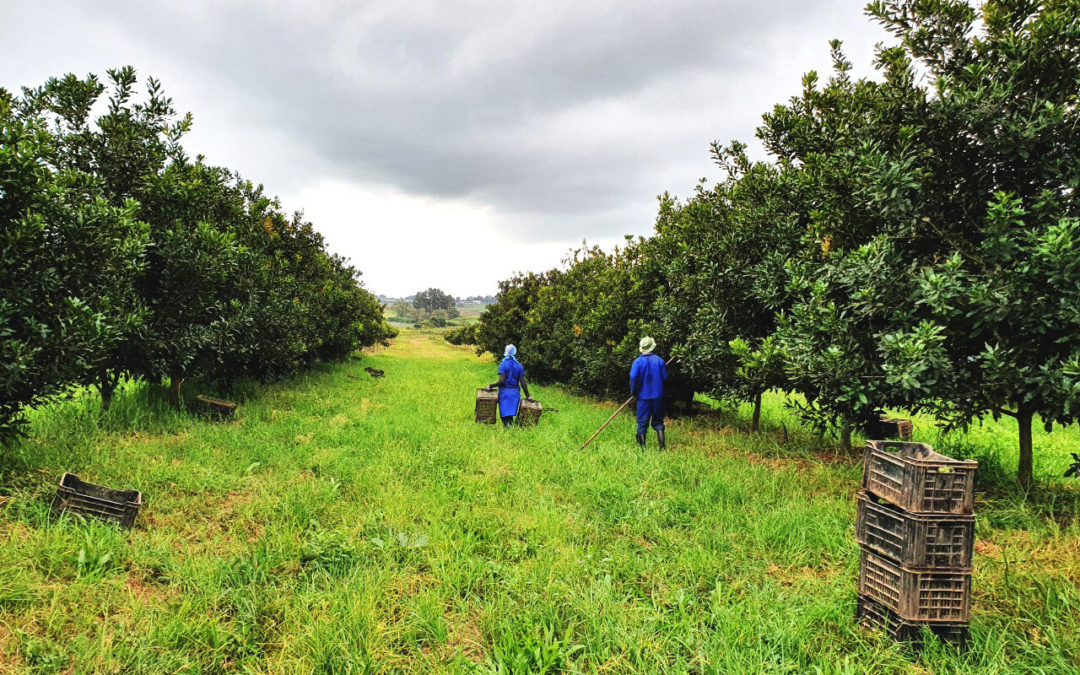 As one of South Africa’s most buoyant agriculture sectors, the macadamia industry offers job stability as the country posts record low employment figures on the back of the Covid-19 national lockdown.

While South Africa’s economy has officially tanked and StatsSA has published record low employment figures since the global recession in 2018, the country’s agricultural sector, and in particular the growing macadamia sector, offers hope.

In the recently released National Income Dynamic Study – Corona Virus Rapid Mobile Survey (NIDS-CRAM) 2020 – South Africa’s unemployed increased from 43% to 53% (13.7 million to 16.5 million) and this number remained unchanged from April to June, despite the easing of lockdown.

And while the latest  GDP figures reflect agriculture as performing well from February to June, those who experienced the greatest decline in employment were the poor, rural, unskilled and less educated, with the percentage decline in employment during the period pegged at 10 times higher for the poorest 50% of workers.

In the latest StatsSA Q2 labour report, the agriculture sector shed 66 000 jobs or 7.6% compared with quarter one, which is reflective of the government’s decision to categorise agriculture as an essential service during the national lockdown between March and August. Agriculture now employs 799 000 people nationally compared with 865 000 in the previous quarter, which reflects a decline of 43 000 workers or 5.1% on the 2019 numbers. 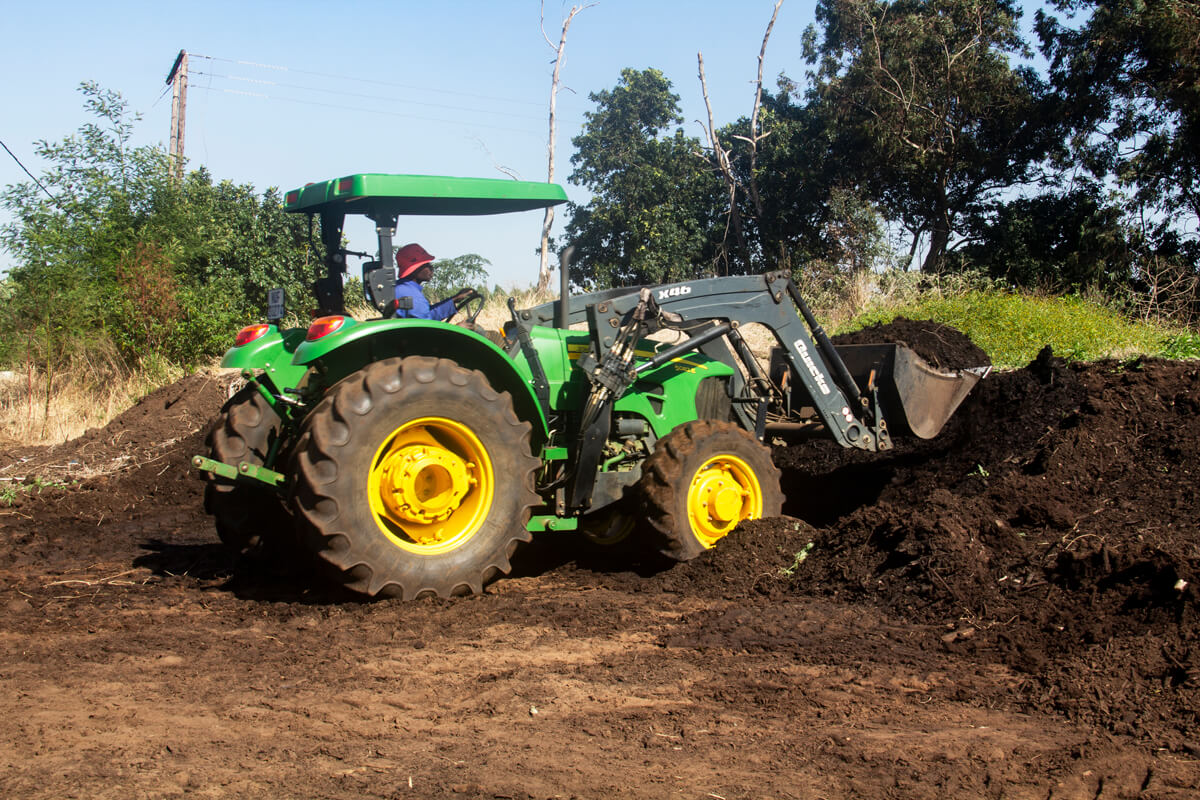 The macadamia industry has the potential to create work for people with a range of skills from on-farm workers to highly- skilled factory and management staff.

In the report, private households laid off the highest number of people at 23.6%, followed by the construction industry at 20.7% and manufacturing at 14.7%. The Eastern Cape region shed the most jobs at 52.8%.

The province that has the largest agricultural workforce is the Western Cape at 197 000 and its wine industry was probably the worst hit once alcohol sales were banned as a measure to curb the rate of Covid infections in the country.

Further, while in April and June the numbers started recovering in cities and towns, rural farm areas showed a doubling of the percentage of people looking for work, which reflects the migrant nature of the country’s workforce, particularly in the mining sector where employment was cut by 14.4%.

Linked to this reality is the increase in farm invasions and property damage, particularly in KwaZulu-Natal, where macadamia orchards were set alight and maturing trees chopped to the ground by aggrieved communities during lockdown.

In truth, South Africa’s economy was running on empty prior to the onset of the pandemic, with little demonstration of innovation or creativity to kickstart growth.

However, in the macadamia industry where innovation and growth are evident, the workforce is relatively stable. 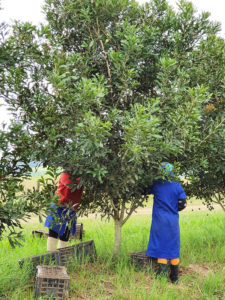 The growth of the macadamia industry has allowed for the employment of an increasing number of women in the fields and factories.

Permanent workers in the factories remained relatively stable at 725 last year compared with 757 this year, and seasonal factory workers increased from 2 356 to 2 460, while in the nurseries a slight decline was measured.

The factory numbers reflect clearly the unexpected drop in yield this year from an estimated 60 000 metric tons down to just more than 40 000 metric tons, and many growers have now established nurseries in situ.

In contrast, a bumper 65 000 metric ton dry nut inshell crop is predicted by the industry for the 2021 season, which means a bigger uptake in seasonal workers for a longer period of time in both the factories and on the farms.

This means opportunities will continually open up for increased skills development, hand-in-hand with gaps for low-skilled and seasonal work despite continued mechanisation both on-farm and in the processing factories.

Director of Global Macadamias Roelof van Rooyen said as an export-hedged sector, the macadamia industry was well suited for creating employment. “The sector is well placed to create jobs in this difficult time,” he said.

Also, international customers who buy the South African crop, particularly in Europe and the United States, demand traceable accountability by the industry, from environmental best practice to human resources development.

KwaZulu-Natal South Coast macadamia farmer Robert Carlton Shields agreed that the agriculture sector offered opportunities to shore up both unemployment and food insecurity, however, he warned, the real elephant in the room was the increased presence (10.3 million) of those who had become discouraged and were no longer looking for work or economically active.

“I agree the diversification of crops – mainly away from sugarcane – should result in re-skilling the existing labour and increase the headcount of those employed in the sector. But farm optimisation now means increased mechanisation. In some areas this will result in workers being upskilled but often their earning capacity doesn’t change, as the change is progressive. But, I do think a lot of opportunities sit in the development and expansion of macadamia farms: for example, in the increased establishment of high quality nurseries, land preparation as sugarcane fields are turned to high yielding orchards and of course, contracting businesses for activities such as irrigation or pruning, the preparation of fire breaks or the management of waterways. If these are contracted out, it frees the farmer to focus on the core business while providing value-add development services in the community,” he said.

And as the world’s aversion to risk grows, and processors and farmers are increasingly required to introduce smarter technologies in their operations, Carlton-Shields said he feared skilled labour would come from outside the industry’s neighbouring communities.

“Some time ago we took a decision to really invest in our staff. We brought in an industrial psychologist and designed our own development programme based on individual talent and the capacity to learn. As each of our staff have completed the programme we have seen a real desire to take on higher challenges and responsibilities – in fact, the desire to self-improve was much more than we expected. Most of our staff are taking courses now which will lead to them starting to study for degrees within the next year or two.”

SAMAC CEO Lizel Pretorius said while it was difficult to peg the growth of the macadamia industry accurately due to the significant, increasing role of climate change on weather patterns, and disease, at current trends it was estimated the sector would grow from about 49 503 metric tons this year to 140 000 tons by 2030.

She said as the organisation held unemployment as a “main concern”, 20% of the statutory levies collected annually was tagged for support and to promote black farmers in the industry.

“We believe strongly that the starting point is skills development. We hold quarterly study group training sessions that include practical applications. We assist these farmers to procure young trees, equipment and capital assets within what is a limited budget, but we believe this is an imperative. We also work really closely with government and our industry members to make sure additional initiatives are in place to secure the prosperity of these farmers,” Pretorius said.