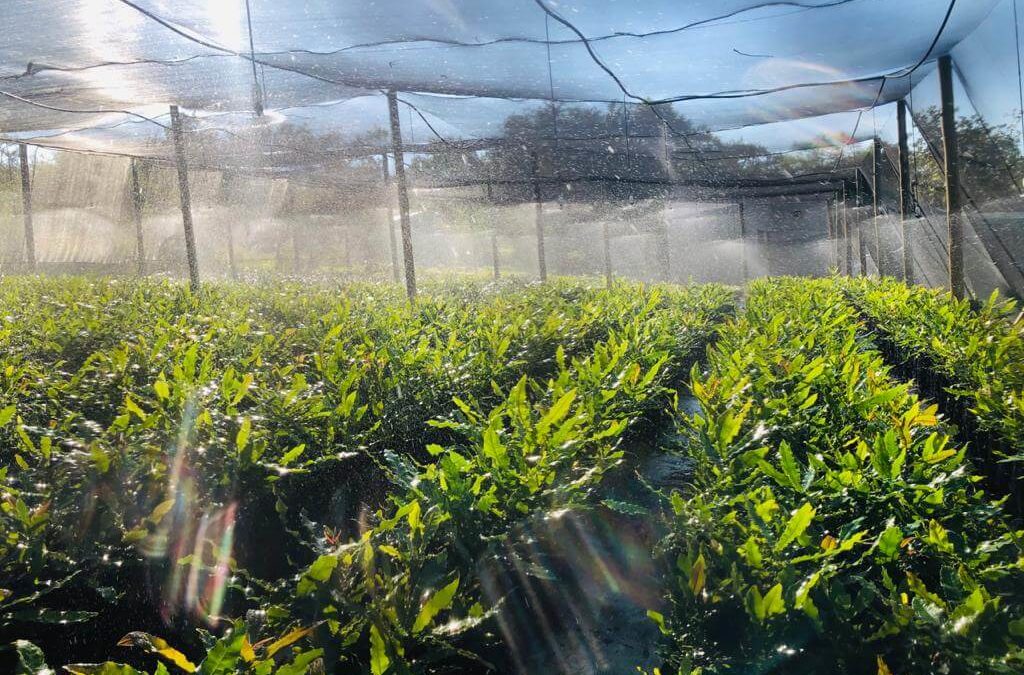 Since its launch three months ago the HelloChoice online macadamia auction has not only opened up unexpected markets such as the trade in young trees, but products and services have matured in response to market demand.

Rohan Orford, who is behind the online macadamia auction in partnership with the founders of HelloChoice Grant Jacobs and Graeme Jarvie, described the online trading as “robust”, with more than 57 tons of dry nut inshell traded in its inaugural year.

“What was a very welcome development, though, was the demand for young trees,” he said. “To be honest we weren’t initially considering such an idea but as a side-line opportunity we approached the nurseries and the idea took root. It has become a welcome fixture on the trading platform. We had one enquiry for a substantial number of young trees from an outfit in the United States and have sold trees to Botswana, of all places! That shows our platform is reaching a global client base, which has significant benefits and opportunities for local nurseries.”

Since its launch on August 11, five auctions have been held, with each event further cementing the platform’s reputation as a great addition to the macadamia nut trade worldwide.

The online auction is, as its founders hoped, fulfilling the promise to provide “absolutely transparent access to digitised rich market data and a more flexible and accessible way of doing business”.

“We were aware the concept would make the establishment jittery, but as we have made efforts to promote key regulatory stakeholders and engage with industry role players, it’s had just the opposite effect. I think what the industry has seen is that we are not a flash-in-the-pan, that the auction is a fixture. We are here to stay!”

Orford said at the start, he, Jacobs and Jarvie had decided not to “overthink” their strategy and allow the concept to evolve and flow organically in response to what the market demanded.

“We agreed the concept had to be forged in real-time experience. The auction was new, it had never been done before and we didn’t want to go in with any pre-conceived notions. As a result, what is emerging is a platform that is a good fit for what buyers and sellers want. We have found brokering opportunities opening up for us offline. In other words, we are consolidating ourselves as an online trading hub bringing together the right people to do business. We have also seen the smaller and more boutique operations in the country open up their stock rooms to us. That has really been exciting as we now have arrangements with these suppliers – who are often small and emerging in the industry when compared with the bigger processors and growers – and their product is of a very high quality. This is good news, particularly for domestic as South African retailers also have access to the crop now.”

A further adaptation from HelloChoice to motivate confidence in trading in a high value crop on the platform is every buyer is offered, for a fee, the opportunity to sample kernel or nut inshell, as well as offer independent sampling options.

Orford says: “This allows us to stand as a service able to facilitate and increase price and  quality access”.

A further development, he said, was the demand for technical advice from potential growers and buyers, particularly in the rest of Africa.

“We had a farmer contact us from Zimbabwe who wanted to plant macadamia trees. Not only were we able to offer good advice, we were able to put him and the respective experts in touch with each other. These are spinoffs we didn’t quite expect from the auction platform and we are delighted to see how it’s evolving and growing to fill a very important and vibrant space in the macadamia industry.”