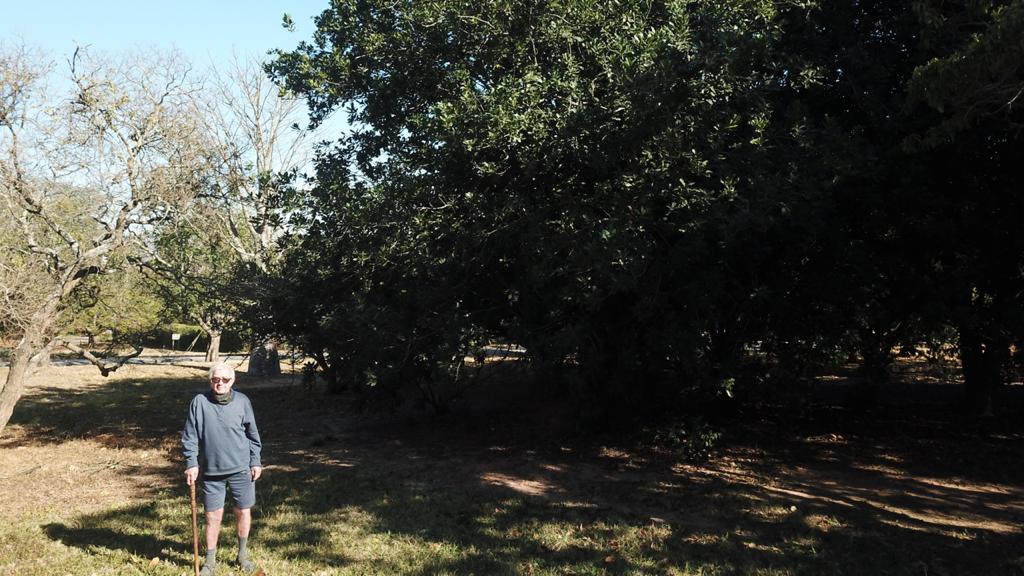 In 1933 the first Nelmak1 was planted at the ARC. The tree can still be found at the site.

In the late 1950s people living in the region of Nelspruit in what is now known as Mpumalanga province spoke mainly Afrikaans. As a result the names given to areas, farms, and in this case, a macadamia cultivar, took on the spelling as dictated by the lingua franca – hence the naming of the Nelmak nut, referring to Nelspruit Makadamia.

And while that puts to rest the origins of the name and how it was spelled, how the cultivar was developed and how it became one of the most popular nut types grown presently by South Africa’s macadamia farmers has remained relatively obscured by the mists of time.

In 1958 Bolt started working at the Agricultural Research Council (ARC) in Nelspruit where his primary focus was the development of and research linked to sub-tropical crops. As Nelspruit is also known as South Africa’s Garden of Eden, Bolt wasn’t at all surprised to find, growing in the area, two integrifolia trees that produced smooth nuts with a beautiful white kernel, and decided to start a breeding project with them. 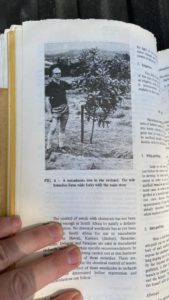 Llewellyn Bolt’s research was published in various journals and textbooks.

Despite what is today known as the Nelmak1, having already being planted at the research site, none of the resident researchers was working on developing the cultivar because their primary focus was on avocados and citrus.

The decision to start a breeding project with the trees wasn’t a difficult one for Bolt.

He placed an advertisement in the regional media asking farmers to collect some of the trees from the centre at no charge and to plant them as ornamental trees or beside the roads on their farms.

More than 32 000 trees were planted across the country, from Stellenbosch in the Western Cape to Makhado (formerly Louis Trichardt) in the Limpopo province, north of the country.

Once the trees began to bear, Bolt travelled the country collecting cuttings from 26 of the best trees to start the programme. Each cutting was grafted to the stem of the existing Beaumont cultivar.

While he was the first person to do a successful grafting of a macadamia cultivar, he lost the international title by a mere six weeks! Prof Dick Hamilton from the University of Hawaii beat him to complete the first ever successful graft in 1965. This was despite the fact that the university had already, in 1951, published a document detailing how such a graft should be done. Both Bolt and Hamilton used this document to do the graft, with both men only succeeding 14 years later.

For the purpose of breeding evaluations Bolt planted four of the best varieties from Hawaii, four of the best from Australia and the 26 South African-grown trees to ensure he could make informed comparisons.

The two varieties that came out tops after the period of evaluation were the N26 sourced from Bertie le Roux in the Levubu area and a variety originally sourced from Soekmekaar farm near Nelspruit, which was where some of the trees from the research centre had originally been planted as ornamentals. 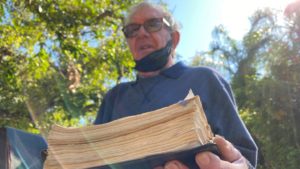 Llewellyn Bolt still has the original research papers on grafting macadamias, posted to him from Hawaii during the 1950s.

“We decided to give this latter cultivar a name connected to the research council. Since it was identified as Nelspruit Macadamia selection number 2, and the language spoken was Afrikaans, the name Nelmak2 was given. It was registered on 19 April 1973 and was one of only two cultivars ever registered from that first trial,” Bolt said.

When making the selections he said characteristics were prioritised, such as oil quality, crackout, taste, and that the nut could be baked without it colouring. They found that, compared with the Nelmak1, Nelmak2 started bearing nuts in its third year and produced healthy nuts. Since the shell was harder, insect damage was also less, and gave a crackout of between 34% and 36%.

“However, we found with the right fertilisers, water and leaf analysis, we could get to a crackout of 42%. So Nelmak2 really could compete with the best of the cultivars from abroad. Furthermore, it is very well adapted to the Lowveld conditions. Our own observation is that the cultivar is also superior in flavour to any of the other cultivars we have. In fact, the Nelmak2 is recognised as a world winner today,” he said.