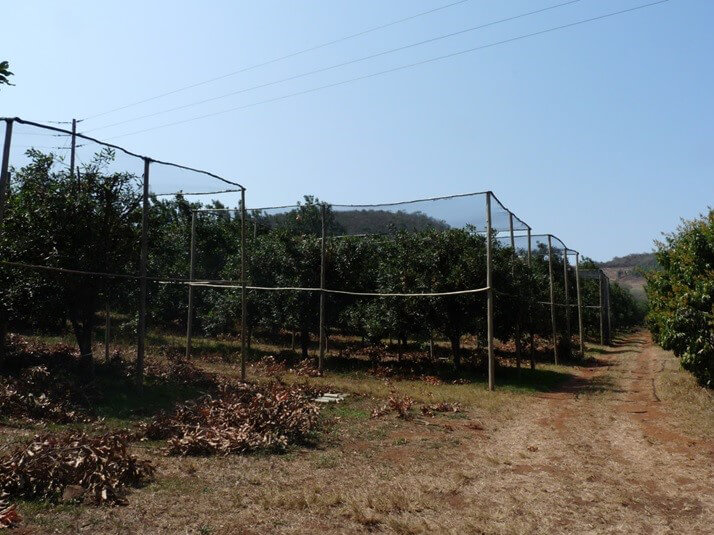 As ongoing research uncovers the critical role played by bats in our ecosystems, European researcher Dr Valerie Linden is passionate about changing public opinion that has generally resulted in the species being usually misunderstood and mostly vilified for hundreds of years.

Entranced by the bat populations of the Soutpansberg, German-born scientist Dr Valerie Linden swopped her life in Cologne for the lush valleys of South Africa’s Limpopo province to start a research project she hopes will change how farmers view the role of the little mammals in their integrated pest control strategies.

Bats have always had a special place in her heart and it was a natural choice to not only focus her research on this species, but also relocate to an area where they flourish. 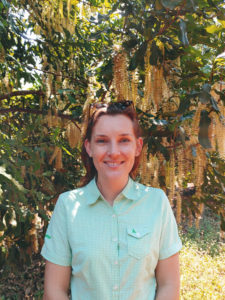 “I have always been concerned about the image of bats and their worldwide population decline due to a host of reasons, which include habitat loss. To use research to change the image and perception of bats and to aid the conservation efforts, while providing valuable information to farmers, was a perfect fit for me,” she said.

Although a scientist at heart, Linden has always been drawn to applied sciences, where research has more than theoretical value and can be applied in our day-to-day lives with an intrinsic value for everyone.

She moved from Cologne, Germany, to South Africa in January 2015 to start her PhD at the University of Venda.

“I had been to South Africa multiple times before and had mostly stayed in the Soutpansberg at the Lajuma Research Centre,” she said. “That is where I met Professor Peter Taylor from the University of Venda in 2010. At that time I was working on a management plan for a private nature reserve. I took the opportunity to join the professor on a night of catching and identifying bats. It was such an incredible learning experience that I started co-operating with the centre for my bachelor thesis on bat diversity in the Soutpansberg. In Germany there are not even fifteen bat species and research topics are limited, so South Africa as a study area was much more attractive to me.”

During a stay in the country in 2014 Taylor told Linden about a new collaborative research project, which she said was an ideal PhD topic.

“The research was linked to various aspects focusing on optimal land use in the Limpopo region, called Limpopo Living Landscapes (LLL). The project was a collaboration between several German and South African universities and included the assessment of the bio-control services of bats in agriculture,” she added. 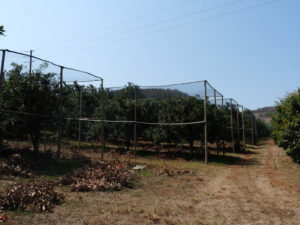 During her PhD research Linden focused on bats as a natural pest control in macadamia orchards.

She created a study environment where cages were built around macadamia trees to keep bats and birds away. She then monitored the effect of their absence on insect populations, yield and nut quality.

The cages were made of nylon mesh to keep large animals at bay while still allowing insects access to the trees. To distinguish between the effects of bats and birds, some cages were closed at night only, others were closed during the day only, some were closed all the time and then there were some control trees which were not enclosed at all.

They also compared trees at the orchard edge next to natural or semi-natural vegetation, to trees further inside the orchard, away from any natural habitat.

“I monitored bat activity over three years (acoustic monitoring using bat detectors), did monthly insect counts on the trees, and assessed quality and yield at the end of each season, identifying defects like the different insect damages.”

What Linden found was astonishing, proving that both bats and birds have a massive impact on bio-control in macadamia trees.

“Their absence results in immense decreases in yield – up to 60% – and quality. The impact of bats as a natural pest control in the orchards was also higher among trees planted close to natural habitat versus those planted further away from any natural vegetation.

“These patches of natural vegetation are also home to crop raiders like monkeys. My research showed, however, that the benefits derived from these patches of natural vegetation outweighed the disadvantages by a margin. Savings through higher biological control by bats and birds totalled up to US$5000 and control near these natural edges is much higher than the measured losses through crop raiding by monkeys, which was around US$1600.  To further investigate those species identified as crop raiders, I installed camera traps at ten farms in Levubu last year to allow proper insight into the activities and impact of the different crop raiding species. The project is continually expanding. The more I work in the macadamia orchards the more observations I make that I want to look into!” 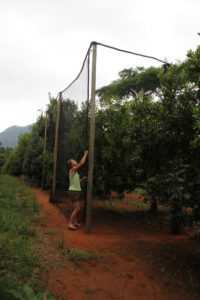 Linden says by looking at the above numbers it is evident bats and birds are very important in macadamia or any other crop farming.

“In the Levubu area where we conducted our research, the bat diversity was very high, probably due to being in the foothills of the Soutpansberg and with many natural areas left untouched. But we found evidence that clutter-feeding bat species, which are generally more sensitive to disturbances and pesticide applications, are basically absent from the orchards. So although bats are around the orchards, farmers need to be aware how their management can affect these natural predators.”

The bats are known to be more active on organic farms, as they are sensitive to the use of pesticides, Linden added.

“They rely heavily on natural roost sites, such as large indigenous trees. That means habitat conservation and connectivity is very important. If their natural habitat disappears, so will the  bats. Artificial roosts, like bat houses, cannot replace their natural roosts completely, as they are only suitable for some species, but they are a great way to establish large colonies of some bats around the orchards and they have proved to be very effective.”

However, she warned farmers to be careful when purchasing bat houses. “The most important part is durability, since it can take up to five years for bats to occupy a house, so ideally your bat house must be able to last longer than that.”

While bats, or any natural predators, cannot completely eliminate a pest, they can effectively control them.

“If farmers can establish healthy bat populations on their farms, pest numbers and the related need for pesticides will decrease. This in turn might increase bat activity in the orchards and pest numbers will further decrease.”

The crucial role played by bats in nature is little understood, and the animals themselves do not make the research task any easier. Linden said bats are under-researched simply because they fly and because they are nocturnal.

“They are not easy to research. They have survived for so long, but most species are in drastic decline. Threats include wind turbines, in North America, white nose syndrome, poaching, but mostly roost and habitat destruction are the highest contributors to their declining numbers.

“Many people are unaware of the benefits provided by bats as well as their general presence, so they are hardly missed and their declining numbers are hardly noticed by the general public.”

Bats also reproduce slowly, far slower than other small mammals, such as rodents, and only produce a single youngster in a year. This means the recovery of a population can take much longer.

Linden emphasised the importance of increased awareness regarding the huge value of bats and the services they provide. “Everyone should have an interest in protecting these animals, which are crucial in the production of food. Pest control is important for agriculture and food production, but the application of pesticides must be carried out in an educated way to make sure there is little or no impact on these little pollinators and seed dispersers.”