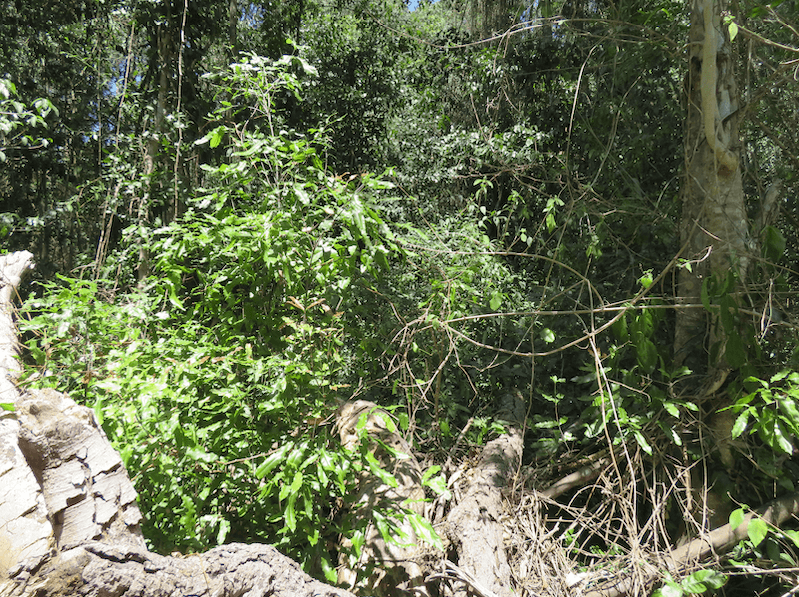 After the vast impact of the Australian bushfires of 2019 and 2020, it was feared by the country’s scientist that the last stand of rare indigenous Macadamia jansenii was severly compromised or destroyed.

An expedition by Australian botanists has revealed a small grove of the rare Macadamia jansenii – the mother of all macadamia trees – in the sub-tropical forests of Queensland in north-Eastern Australia.

The report, which was first carried in the most recent Australian Macadamia Society group newsletter, describes the find as “a great relief” by scientists and naturalists.

“On October 19, Aussie botanists, Keith Sarnadsky, Ray Johnson and Carly Sugars explored further north into potential Macadamia jansenii habitat where they located some additional small pockets of this rare species. Of particular interest was a small grove of Macadamia jansenii, in marked contrast to all other sites where the trees are scattered at intervals through the forest,” the report said.

Executive Officer of the Macadamia Conservation Trust Denise Bond said after the bushfires had burnt through 25% of the known habitat of the species, it was a great relief to find some new sites that had escaped the reach of the devastation.

“This is great news for Australia’s rarest macadamia. Although we have still not found any trees outside this valley, the expeditions by these intrepid naturalists have meant the number of trees located has now more than doubled,” she said.

While the team could not find any evidence of nut set on the trees close to where the bushfires had burned, some of the newly discovered trees had set nuts. “If there is some reasonable rain later this year, we should get some new seedlings in these areas,” she added.

Of interest, according to Bond, was that the team also noticed that Moreton Bay figs (Ficus macrophylla) often co-occurred with Macadamia jansenii in its natural habitat.

Further news from Down Under and published in Australia’s The Guardian (Australian Edition) newspaper, is that another indigenous macadamia, namely Macadamia Integrifolia, better known as the Queensland nut tree, was listed as “vulnerable on the IUCN (The International Union for Conservation of Nature) Red List of threatened species”.

This is the third out of the four macadamia species to be listed in the updated IUCN Red List.

In the threats detailed on the IUCN website, M.Integrifolia – as have all macadamia species – has suffered the consequence of human activity linked to land clearing, in the main. “Many recorded M.Integrifolia sites are located within protected areas, and these are often threatened by weeds and fire,” the site says.

Macadamia tetraphylla, the species from which many of the trees in  South Africa’s orchards have been bred, is also listed as endangered.

“The Beaumont variety, referred to as HAES 695 in Hawaii originally comes from the Highfield near Casino and is labelled by the New South Wales Department of Primary Industry as NSW44. Beaumount is a first generation hybrid of M.Integrifolia and Macadamia tetraphylla species,” Bond said. 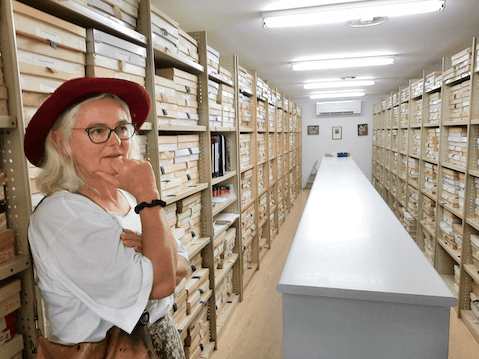 Added threats to all the rare wild macadamia species include grazing domestic animals, urban development and cropping, with its associated impact of herbicide usage, nutrient runoff from fertilisers, and changed hydrology.

“Many wild macadamia sites on our database are located in small patches of remnant vegetation that are too small in area and/or too degraded to be mapped as remnant vegetation. At several sites the population comprises a number of single trees retained for their edible nuts when the original vegetation was cleared,” Bond said.

It is also anticipated that global warming will significantly alter the distribution of rainforest ecosystems in Australia.

Southern Cross University geneticist Dr Catherine Nock is quoted in the Guardian article as saying that while cultivated macadamia orchards might be extensive, the trees were genetically uniform.

“Genetic diversity gives species the tools to tackle new challenges such as disease and a changing climate. The uniformity of macadamia orchards leaves cultivated trees vulnerable. In contrast, wild macadamias are very genetically diverse, so protecting wild trees is critical (for) the survival of the species,” she says. 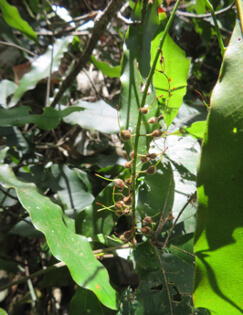 The rare Macadamia jansenii found in a small grove by Australian naturalists.

In the Guardian article, Bond said over the past 200 years Australia’s indigenous macadamia trees had been anything but protected. “The rainforests they live in are exactly where humans like to live and as a result 80% of macadamia habitat has been cleared in Queensland – and in New South Wales they have cleared around 98%,” she said.

However, an AU$1 091 500 (about R13 million) recovery plan has been mooted, which the trust is working in partnership with the Australian government to implement although the funding is yet to be guaranteed.

Actions listed in the recovery plan include:

In line with these rescue strategies, the largest collection of the rare Macadamia jansenii can now be found at Tondoon Botanic Garden in the port city of Gladstone, about 500km north west of Brisbane –Queensland’s capital.

Bond said the trees were grown as an insurance population in case the tiny area of original habitat was threatened, as it was during the extensive bushfires which recently raged through the region.

“Transporting rare plants is always a challenge, but this summer, with torrential rain and inter-state border closures to contend with as a result of the Covid-19 outbreak, it took a team of dedicated people to get the young, delicate trees to their final destinations.”

The wild trees, which were propagated from cuttings by Tandoon curator Brent Braddick, were “sent south” in December last year.

She said the importance of these insurance populations was driven home last year as the true extent of the fire damage in the Bulburin National Park became clear. “A quarter of the tiny Macadamia jansenii population was impacted by the fires, and growth of wild seedlings was knocked back by successive years of drought. In the event of severe population decline the insurance trees could provide genetic material for habitat restoration. So, by nurturing these living replicas of Australia’s rarest macadamia, our botanic gardens play a very important role in their conservation.”

For further information on the conservation of indigenous macadamia varieties in Australia, or to donate towards this important work, visit the Macadamia Conservation Trust at www.wildmacadamias.org.au