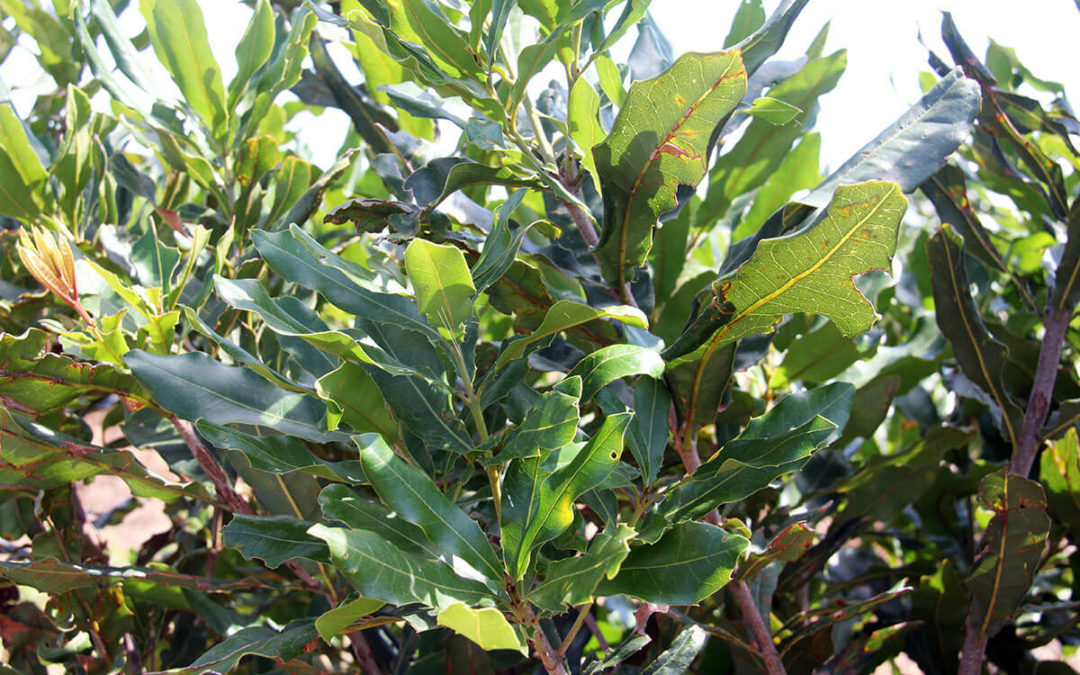 While Justin Lusso says he still has great faith in the future of South Africa’s sugarcane industry, he agrees diversification is a wise move as the industry faces an uncertain future due to cheap imports into the country and the government’s Health Promotion Levy on sugary drinks imposed two years ago.

“I am very positive about the future of the sugarcane industry. Let’s have this conversation again in five years’ time. I reckon you will see a vibrant and healthy sector. I agree, it might look very different from how it looks now, but I have no doubt it will be on a strong footing,” he said. 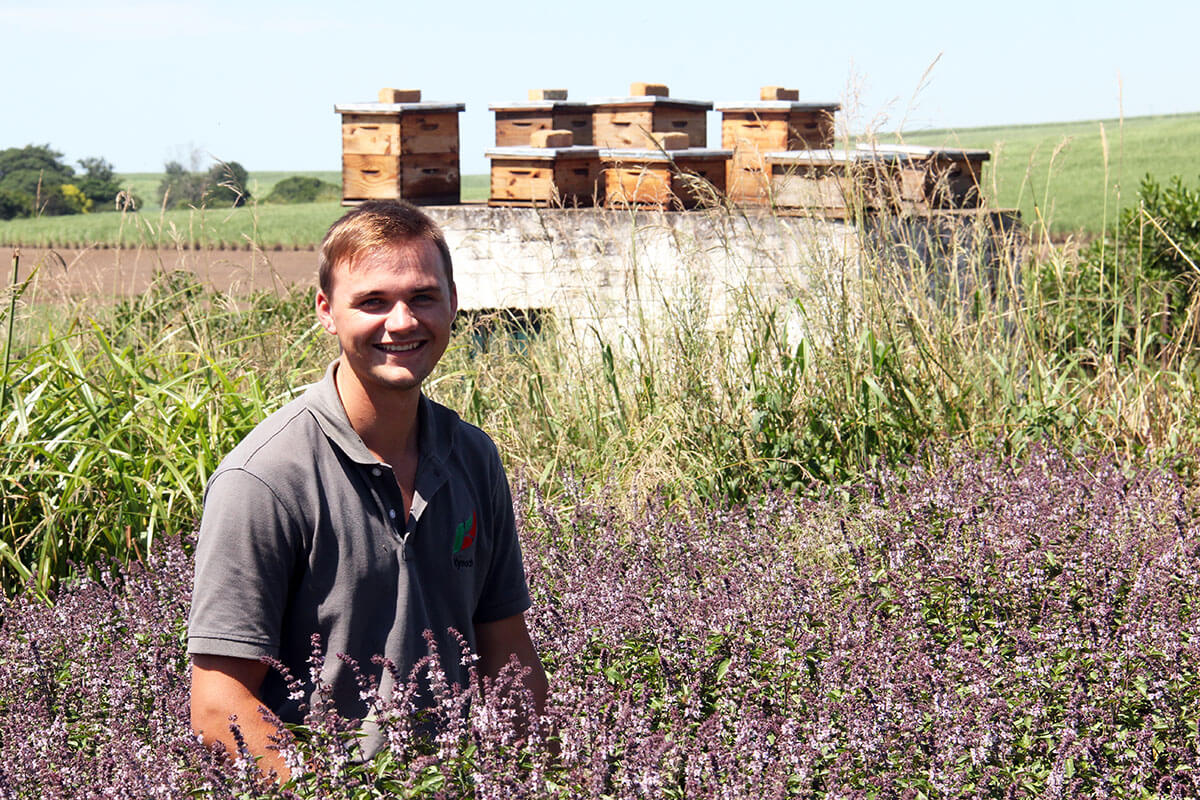 Kanga Macs farm manager and apiarist Justin Wright in one of the eight bee gardens planted alongside the macadamia orchards.

But it is Justin’s wife Linda who has taken on the macadamia diversification project by planting up the planned 52ha with a range of varieties that include 695, 814, 816, A4, A16, 842, 863, 849 and Nel2.
With a qualification in agriculture from KwaZulu-Natal’s Cedara Agricultural College and a BTech in crop production, Linda managed a wholesale nursery outside Pietermaritzburg before picking up some of the farming responsibilities at Kanga Farm.
“When Justin and I married in 2008 I really didn’t see myself giving up on what I was passionate about and running the farm office. I carried on running the nursery until I was pregnant with our first son Joe – he is now 11 – when I came back here and took up some of the office duties. When our second son Ben was just three months old, I started getting more involved with the operational aspects of the farm,” she said. 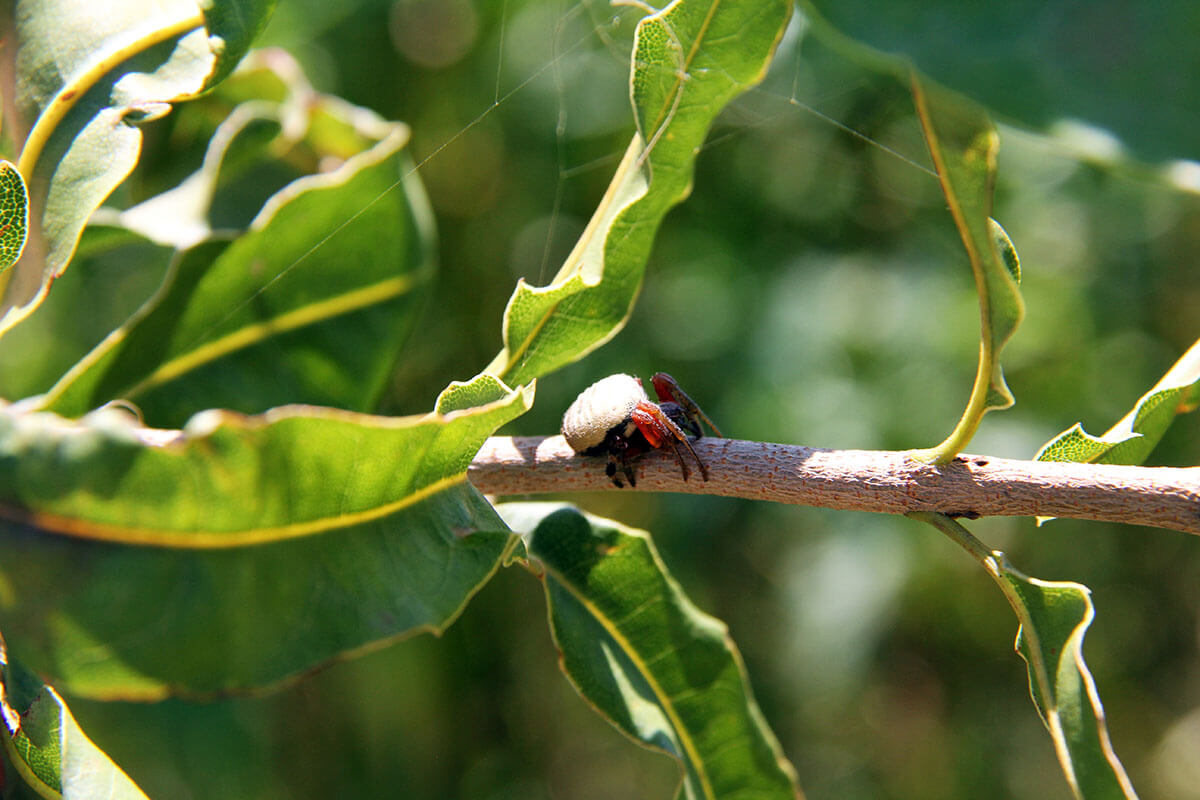 Insects abound in the Kanga Macs orchards, evidence of an environmentally responsible integrated pest management strategy on the property.

This involved the oversight of a flock of dorper sheep among other interests until three years ago when the couple made the decision to plant up macadamia trees.

“Justin is just brilliant at land prep and planning. So, he did that and when he was done, our farm manager Justin Wright and I took over. Being new in this field has resulted in a massive information overload. I have learnt to trust our consultants, chemical advisor and agronomist. They are specialists in their fields and have a wealth of knowledge. Establishing a macadamia orchard is really costly and doing things properly from the very beginning is the only way to succeed. I also think, though, that it is important to keep things simple,” she said. 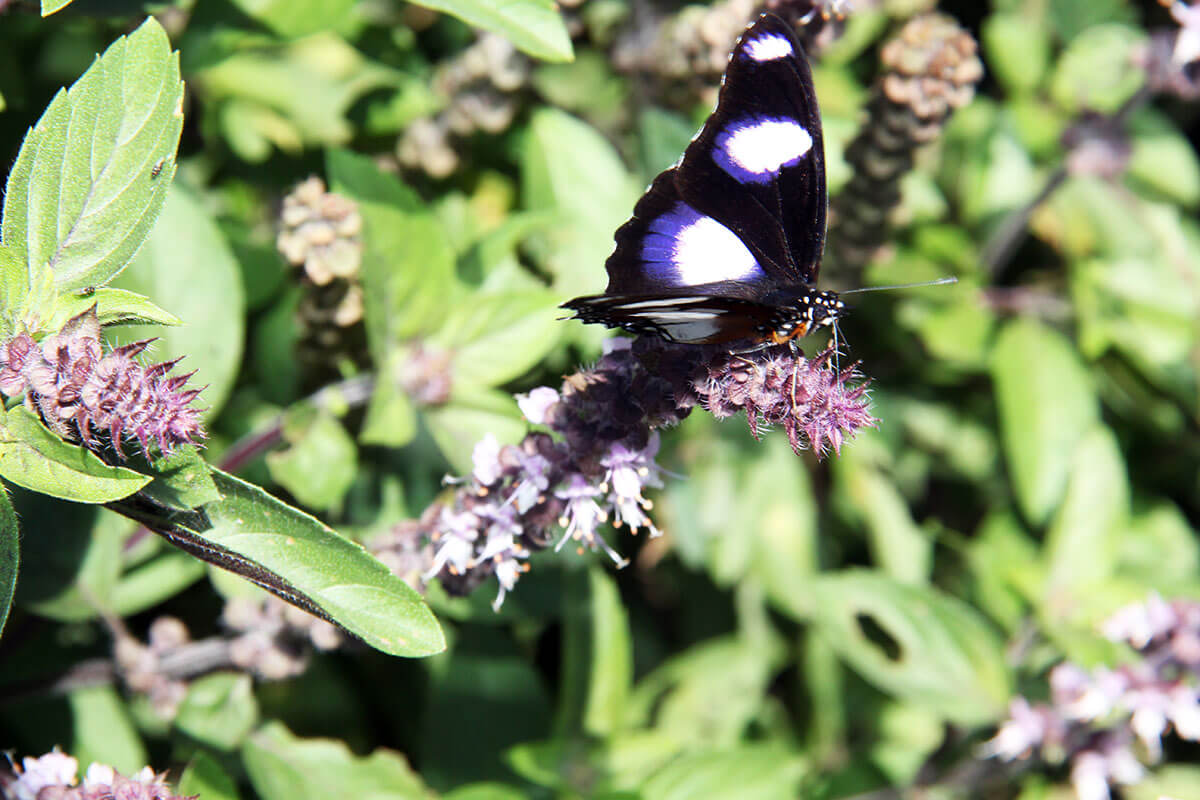 A common Diadem (Hypolimnas missippus) butterfly takes full advantage of the stand of Sacred Basil (Ocimum tenuiflorum) in one of the bee gardens on Kanga Farms.

Linda’s non-debatable top tips, however, are: “Never leave the field on planting days. Pay attention to detail and walk the orchards often.”

And while she agrees doing everything herself is simply not possible and the presence of a skilled labour force is critical for success, Linda says she spends a lot of time in the orchards training her staff and teaching them how to take on the responsibilities of their work. 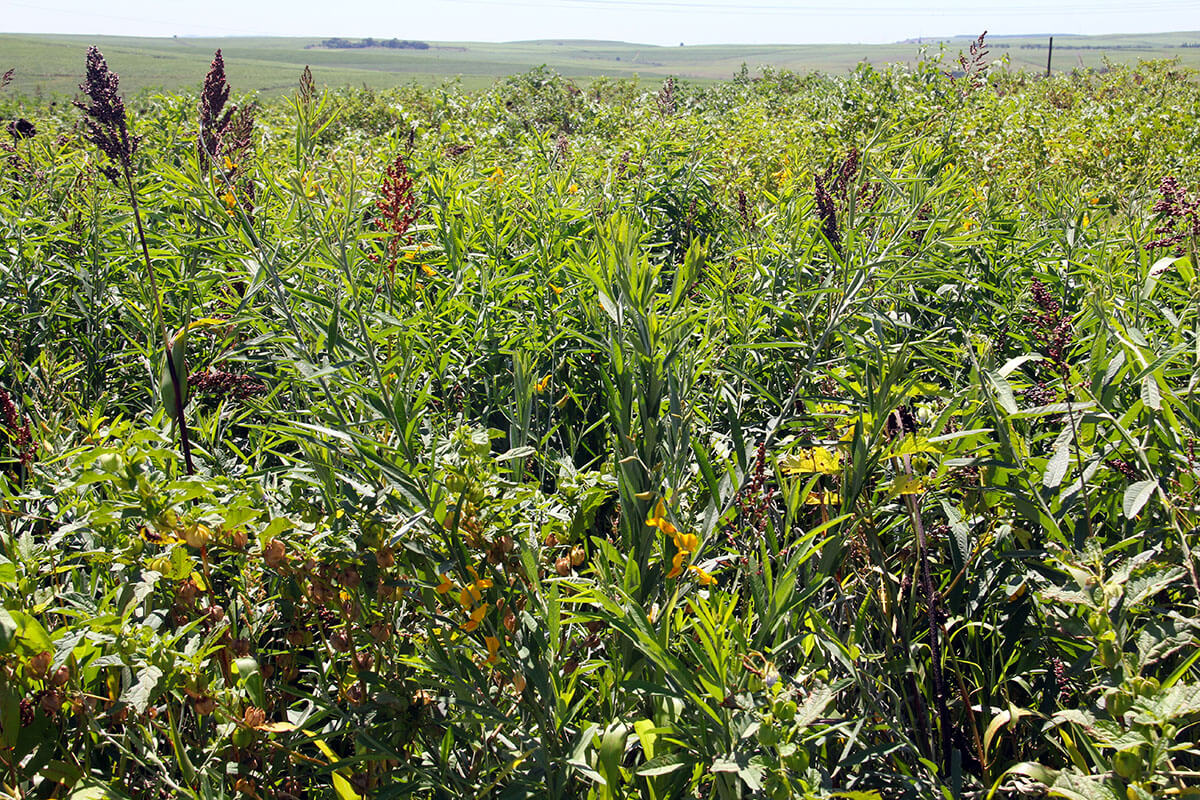 Cover crops such as Eragrostis teff, sunflowers, sun hemp, sorghum and Smuts finger grass and Rhodes grass provide wind protection and an environment for predatory insects among the growing trees.

The couple have eight women working the trees, which according to Linda was a strategic decision. “I chose the ladies for their work ethic and the way they pay attention to detail. It really is so important to have well-trained permanent orchard staff,” she said.

Currently Kanga farm employs more than 100 people across the sugarcane and macadamia operation.
During the land prep phase all fertiliser corrections were meticulously applied according to soil sample results: limed to 0% acid saturation, and all the orchards were ridged.
The soils on the farm range from Ecca shale, to dwyka and dolorite parent materials, with macs being planted on the best soils possible 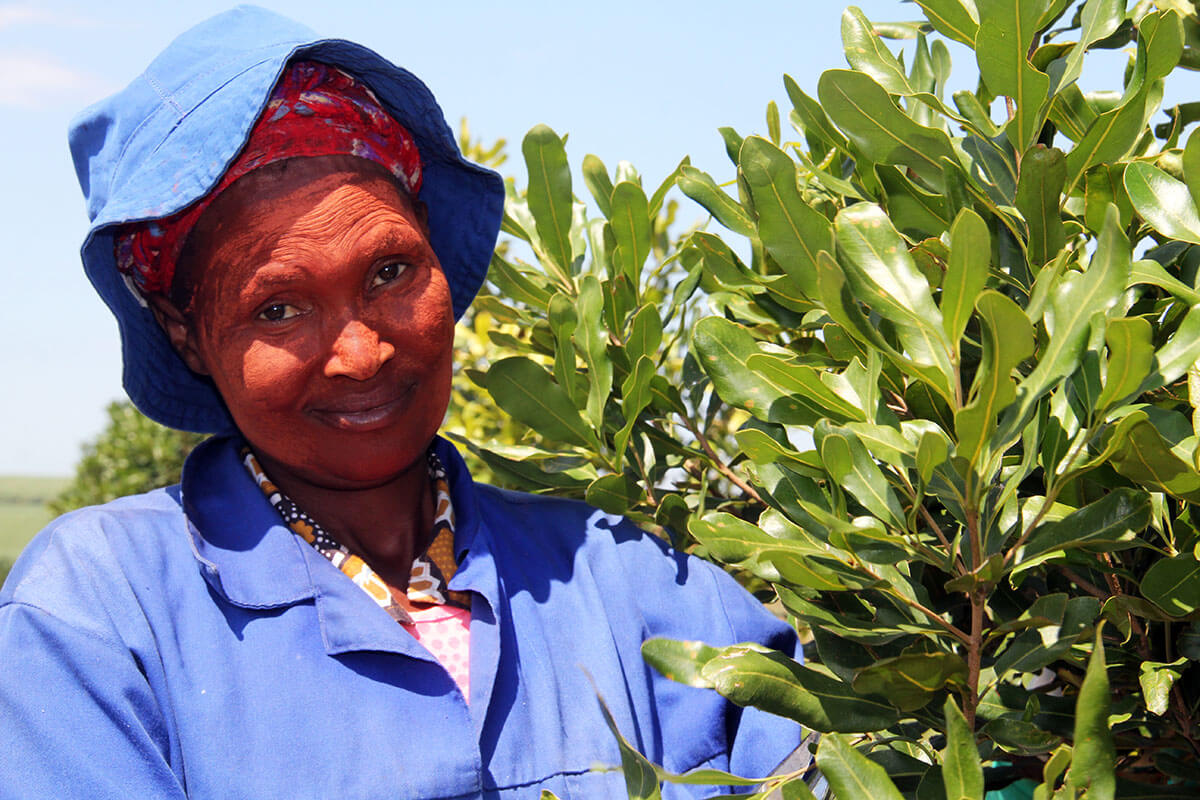 The seedlings are supplied by Dustin and Charlene Cooper of Cultivating Solutions and microjets were installed for irrigation with three probes in the first 25ha planted up and four in the second 27ha orchard.
“Due to our water supply – which comes from existing dams on the farm – we have made the decision to limit our orchard size strictly according to the number of hectares we can legally and practically irrigate with the water we have available to us,” she said.

Linda and Justin, who also head up distribution in the region for fertiliser suppliers Kynoch, both believe farming with rather than in opposition to nature is a no-brainer.
“Creating a diverse environment where natural predators will thrive is a top priority for us. For example, rats are a major problem in our orchards. They damage the trees and the irrigation pipes. We put up raptor poles among the trees and now the presence of owls, hawks and eagles has meant the problem has greatly reduced. We have also planted up eight bee gardens with aloes and Sacred Basil (Ocimum tenuiflorum) for our 16 swarms. Our plan is to grow our beehive numbers as we catch more swarms but it’s a slow process. We have found that not only are the bees attracted to the flowers but a whole host of differing predatory insects are attracted to them as well.”

When the macadamia trees come into flower, the basil plants will be cut back to encourage the bees to pollinate the trees.
The trees are pruned and trained using spacers and agribands and are drenched monthly with Trichoderma and Metarhizium 69 for biological soil health and pest control. The only non-biological pest control applied is an Imidaclorprid drench for thrips twice yearly, and applied at a time when the trees are not in flower to protect the bees
The trees are also drenched three times a year with fulvic acid and other plant stimulants in time with root flushes. Fertilisers are applied strictly according to soil and leaf samples. 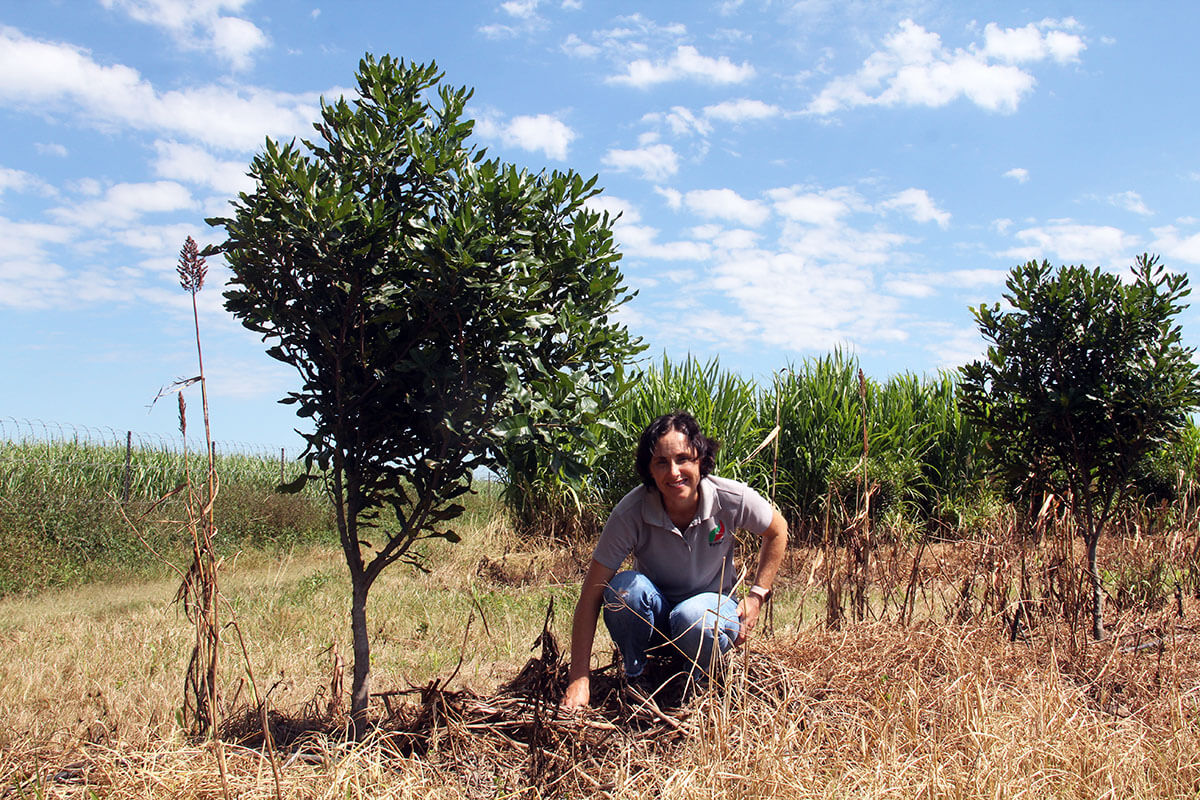 Ridges are mulched with cane trash and grass from the inter-rows, which have greatly improved the health of the soils and provided moisture retention.

“The first time we did any spraying in our orchard was last year in November and December after particularly bad bouts of hail. You can still see the marks now, some of our trees look as though they have been shot using a shotgun!” Linda said.
The trees were sprayed with Fosfoflo Ultra to assist with their healing and the stems were painted with Hygrophos. “We were the first macadamia farmers to claim from our insurers for hail damage. Our trees are insured for malicious damage and wind, storm or hail damage,” she added.

Taking a drive among the growing trees reveals extraordinary commitment to soil and environmental health as bees, wasps, beetles and butterflies swarm over the swathes of flowering Sacred Basil. Napier fodder and cover crops protect the young trees from the prevailing wind. “The wind really blows up here, so we planted the Napier fodder strategically in the orchard. And, while the trees are still small, every third inter-row is planted with a sunflower, sunhemp and sorghum mix to protect them from the wind. The mix also provides an environment for predatory insects.
“Our ridges are mulched with cane trash and grass from the inter-rows, which has greatly improved our soil health and moisture retention. The inter-rows in the orchard where the trees are now two years old were planted with an orchard floor mix containing teff, Smuts finger grass and Rhodes grass.” 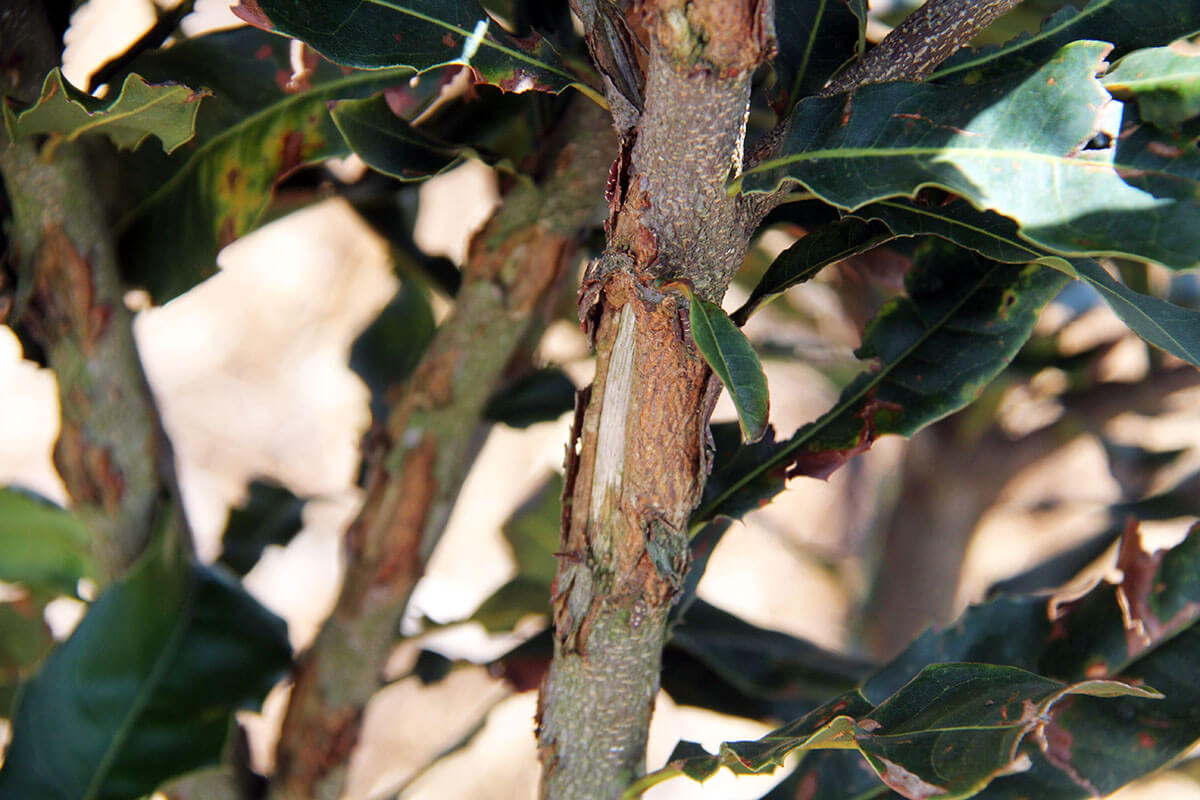 Linda shows how some of her young trees were damaged by hail last year.

But it’s when the couple start to talk about the ongoing theft and vandalism that worry becomes evident.
“Justin does regular patrols on horseback. On Sunday the gates from the security fencing around the farm’s electrical transformers were stolen. Everything is either concreted in or locked up. Our sheep have to be kraaled each evening. Our beehives are set well back behind a security fence. Theft is a real problem for us as it is for many farmers,” they said.
But the conversation soon lightens up again as the couple talk of the future, the love their sons have for the farm and how they cannot imagine doing anything else. 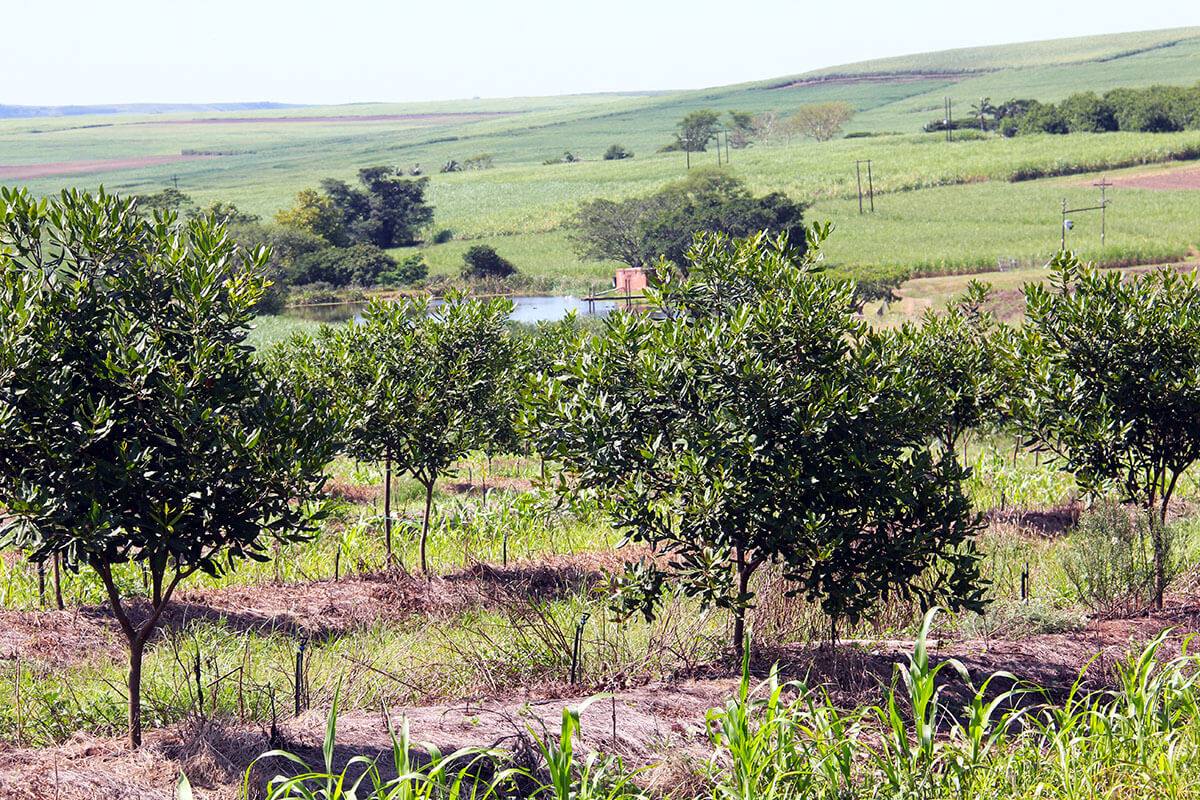 “I love the precision of the macadamia orchards. It really bothers me when a tree dies or gets knocked down by hail or wind. I am so passionate about what we are doing here. I absolutely love it,” Linda says.