Mystery mac trees on the lip of KZN’s Kloof Gorge 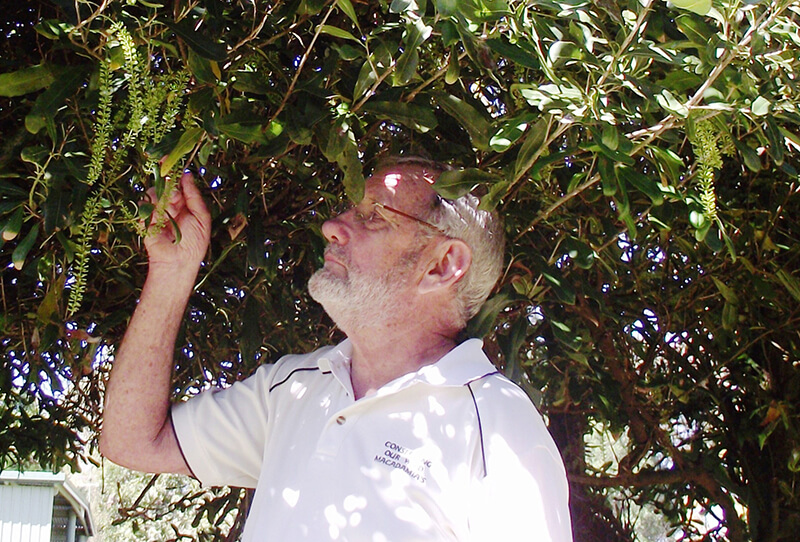 Each year when the nuts fell to the ground under the old macadamia trees in Ronel Irvin’s Kloof garden she would think to herself: “Oh dear! I guess now that they are on the ground they must be full of insects and spoiled. Perhaps next year the crop will be better!”

Little did she suspect that the four trees growing in her spacious, park-like garden alongside the Kloof Gorge in KwaZulu-Natal are probably some of the oldest in the country and may have originated as nut seeds imported from either the United States or Australia. 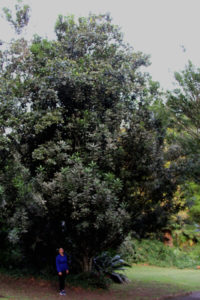 Ronel Irvin next to one of the oldest macadamia trees in her 1.6ha garden, which are believed to have been planted from seed by UKZN Professor Dr E Reims who was a passionate and skilled macadamia researcher.

In truth, however, this is all supposition, and how the trees came to be growing alongside one of the most spectacular natural ecological sites in the Durban metropolitan area remains a mystery.

“All we know is that they have been in the garden for as long as my husband Brad can remember – he grew up on the property – and when his parents, Rodney and Pixie Irvin, built their house in what was virgin veld in about 1969 they started planting trees that are now firmly established in our garden,” Ronel said.

While it is believed the Durban Botanical Gardens boasted one macadamia tree as long ago as 1915, an enquiry revealed the gardens have just one surviving pecan nut tree and no macadamia trees that anyone can remember.

Australian macadamia grower and a life member of the Australian Macadamia Society Ian McConachie said in his research linked to a paper he is producing on the history of the introduction of macadamias into South Africa that the trees first arrived in the country in 1872 and were planted in the Durban Botanic Gardens. “The curator, John Medley Wood, later recorded the nuts as edible but the tree(s) were labelled Macadamia ternifolia. The true M. ternifolia is bitter and not edible but both the edible species M. integrifolia and M. tetraphylla were incorrectly described by botanists as M. ternifolia from 1858 to 1956,” McConachie said.

The historian and enthusiast added there was a suggestion in the historical notes that Wood received the tree(s) from Kew Gardens in London. “It’s more likely that Walter Hill, the superintendent of the Brisbane Botanic Gardens, sent either seed nuts or plants to Medley Wood sometime after 1868,” he said. 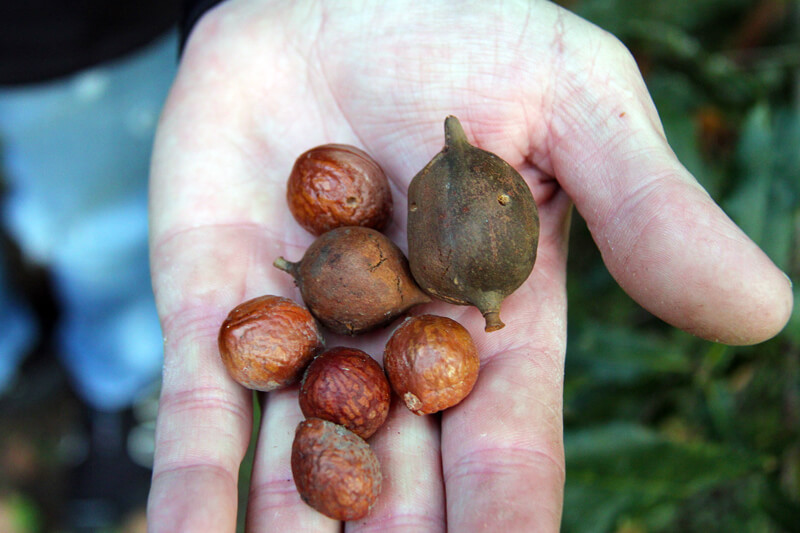 Brad Irvin holds some of the nuts that he found under the oldest tree. When the nuts were cracked some were hollow, perhaps as a result of nut borer, while others had evidence of very small kernels.

What is known, however, is the South African Agricultural Research Council’s Institute for Tropical and Subtropical crops first started research on the introduction of macadamias into the country in 1963.

And on the industry-body SAMAC’s website, the development of the macadamia industry in KwaZulu-Natal is given a nondescript mention.

In 1979 when the Southern African Macadamia Growers Association was officially named and formed there were fewer than 100 000 trees planted in this country.

And while this is all well and good and goes a long way to explaining how the domestic industry first got started – as a “hobby and on a zero budget” – how the beautiful old trees in Ronel Irvin’s garden came into being still remains a mystery. 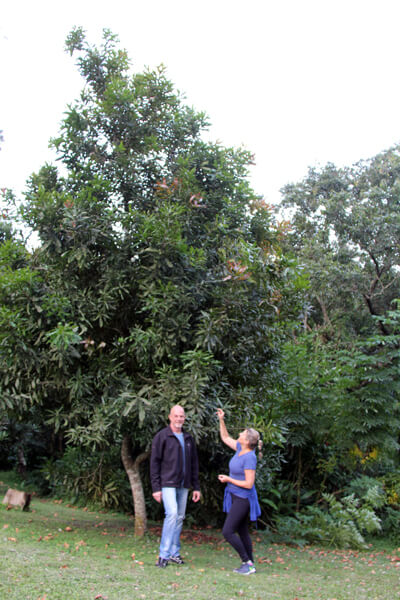 Brad Irvin holds some of the nuts that he found under the oldest tree. When the nuts were cracked some were hollow, perhaps as a result of nut borer, while others had evidence of very small kernels.

“What we do know about my in-laws is that they were proud gardeners and loved trees. What was veld is now a park because of the work they did. To be honest we haven’t paid much attention to the macadamia trees until just recently, when their value was brought to our attention,” Ronel said.

Zululand macadamia grower and nurseryman William Davidson believes the trees were imported as nut seed from Australia by Riems Nursery in the 1950s and 1960s. “They stand a slim chance of being Faulkner or another of the very early Australian varieties,” he said. “I look forward to seeing the trees in the very near future.”

In McConachie’s notes, Dr E P Reim is described as a professor of engineering at the former Durban University and his wife, who trained as a horticulturist, had apparently read about macadamias in an Australian nursery brochure many years earlier.

They eventually managed to get some seed of M. tetraphylla from Petries Nursery in Queensland. And as early as 1936, they received technical advice from Hawaii and established an orchard of about 1 000 seedlings of variable characteristics, which produced about five tons of nut-in-shell.

The Reims family nursery was the first to introduce seed nuts – presumably M. integrifolia – in 1935 from Yeats Nursery in Australia.

“Theirs was the first commercial macadamia orchard in the country where they selected seeds from the better performing seedlings and sold about 50 000 trees. These formed the basis of the South African industry,” McConachie says. 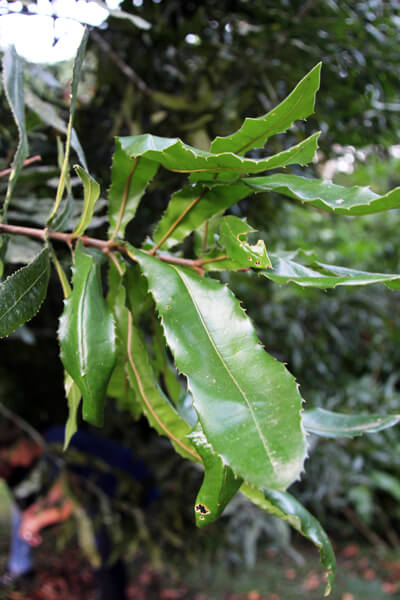 In June 1966, the very first South African Macadamia Society was formed at a meeting held at the Reims’ home. There were 50 members by 1969 and a Mrs Wyatt was the chairperson for the first four years.

As interest starts to grow around the origins of the trees in the Irvins’ garden, Ronel says she is hoping industry experts will now assist her to improve the health of their trees. “I want to learn how to prune them, and what I need to be feeding them for an optimal harvest. It really is very exciting,” she said.