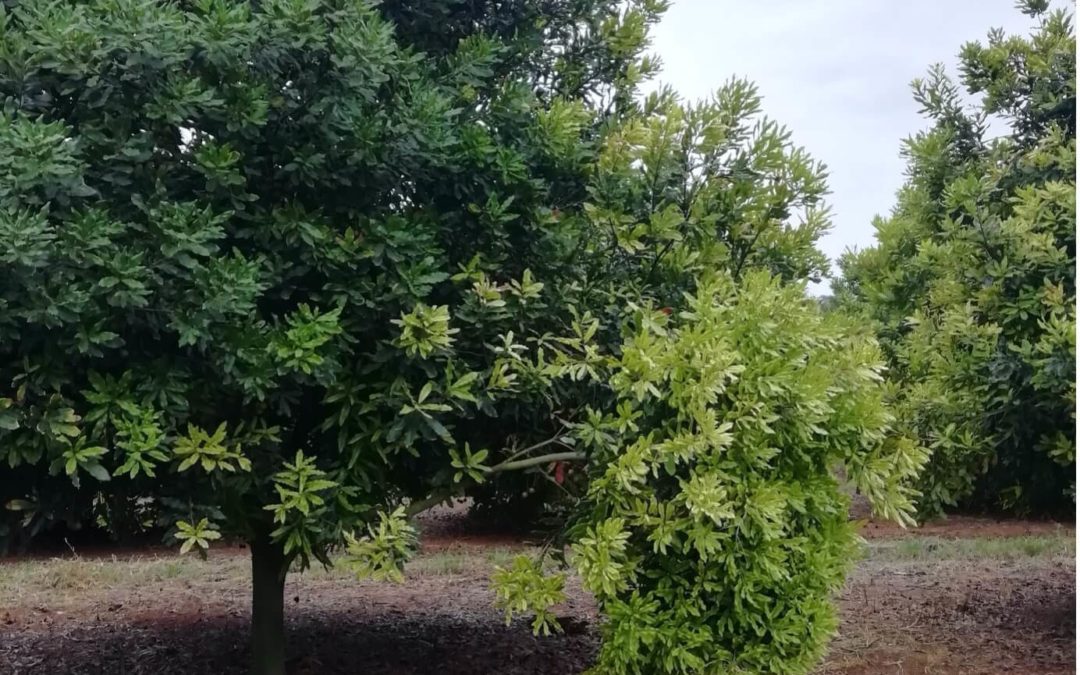 The macadamia tree, Macadamia integrifolia, is considered an ‘ecological giant’ in commercial agriculture in the horticultural sector. This may be ascribed to its efficiency to optimise water consumption, sequester carbon from the atmosphere, absorb phosphates and recycle organic waste material.

Macadamias are not heavy-feeders and the fine lateral feeder roots have the ability to absorb phosphates and calcium from soils, even in low concentrations. There is scope, therefore, for more ecologically friendly fertiliser applications.

Preliminary research findings indicate the average macadamia orchard absorbs more than 17 tonnes gross, and 14.5 tonnes net, of carbon per hectare per year from the atmosphere. Consequently there is a need to adopt sustainable on-farm practices to meet market demands, address environmental concerns, and simultaneously comply with the Kyoto Protocol of 2005 to limit carbon dioxide emissions.

This could lead to a reduction in the application of high dosages of fertiliser, excessive irrigation, and carbon dioxide emissions.

The demand for, and export of, macadamia nuts has increased significantly for South African growers over the past ten years. However, the quality of nuts, crackout percentages, yield and overall performance of trees, have not been altogether satisfactory. Since good soil health is fundamental to productive agriculture and may play a role in the long-term sustainability of macadamia orchards, scientists are studying various aspects of the soil in these orchards.

Focus has shifted to the state of the soil food web, the carbon and photosynthesis cycles, and the role of the food web in root nutrition and tree productivity. The food web is critically dependant on the regular addition and formation of organic matter as a source of organically active carbon and energy. Inadequate addition and formation of organic matter is responsible for a less complex and therefore depleted food web, with a concomitant negative effect on soil health and root nutrition. Well managed self-sustaining macadamia orchards will represent efficient micro-ecosystems, characterised by efficient nutrient cycles, sustained carbohydrate energy flows, stability, and provide protection against extreme climatic shifts.

Macadamia trees in their natural habitat, have a preference for frost-free coastal rainforests with only slight temperature shifts, grow close to rivers and in fertile volcanic soils rich in humus. Their fine feeder roots require large quantities of composted organic material for optimum growth. Healthy soils should contain complex and balanced microbial populations, responsible for the degradation and mineralisation of complex soil organic matter, and the retention of active carbon in the root zone. Restoration of the microbial physiological activity in orchard soils is a prerequisite for the sustainable nutrition of the root system, the retention of carbon, and providing resilience against extreme shifts in climate. The regular application of tree waste material as compost under the tree canopy provides organic carbon, improves root nutrition, and fuel for the microbiota in the soil food web.

The ideal would be to mimic conditions in the natural habitat and the forest floor under the tree canopy in the following way: 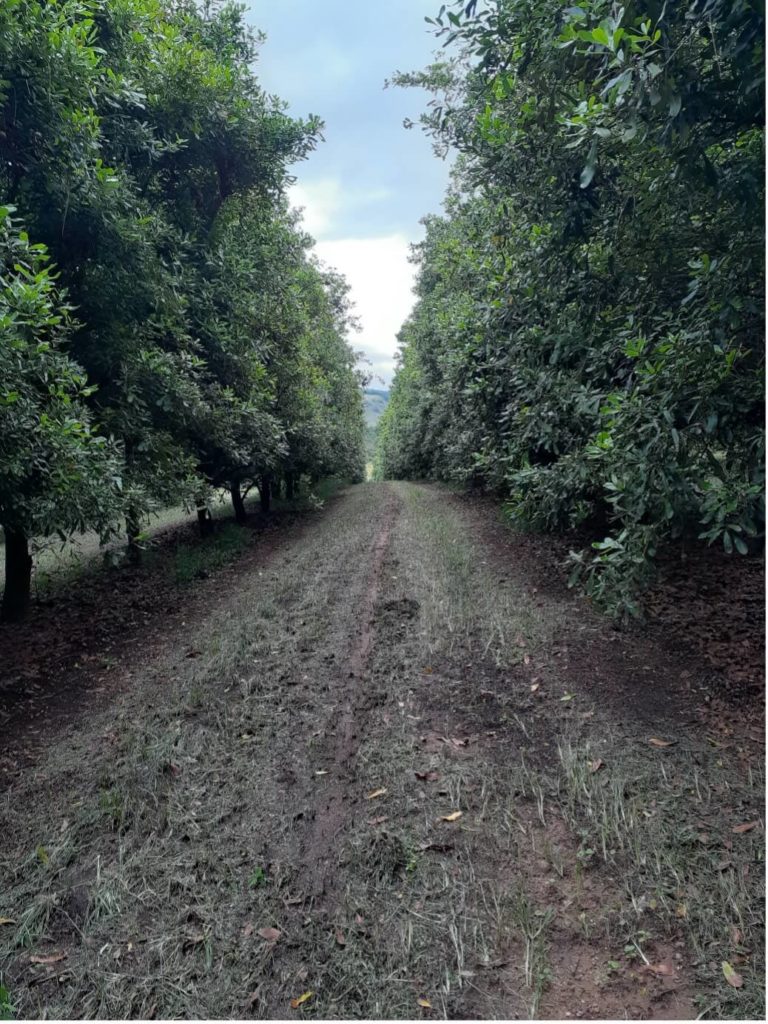 Important factors to consider with regard to the iron-deficiency syndrome:

The importance of stable soil organic matter in the topsoil of orchards: 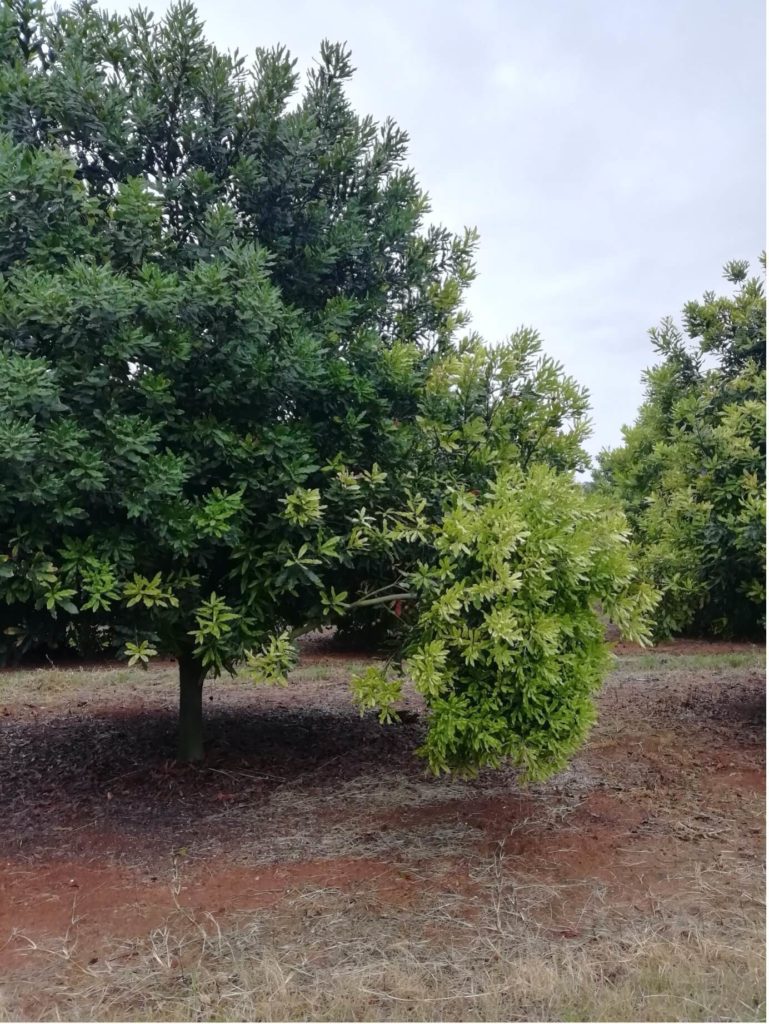 Photo A: Macadamia orchard revealing an absence of composted organic material on the orchard floor and symptoms of iron deficiency (Photo by P. van Niekerk).