Prevention is better than cure when keeping fires at bay 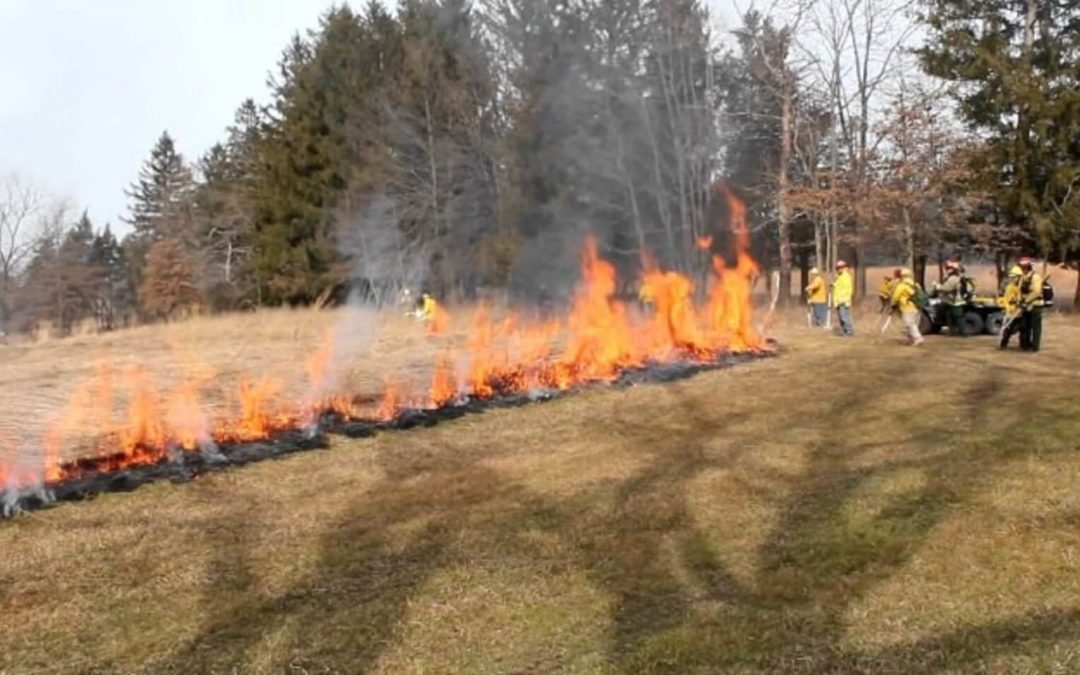 As the windy season approaches and the veld is at its driest, the risk of runaway fires increases.

And, while South Africa’s Fire Protection Associations are well equipped and prepared to deal with fires, farmers are urged to play their part in reducing the risk.

When the unprecedented wildfires swept through Australia last year, burning an area roughly the size of South Korea, the impact of climate change and the resultant higher-than-normal temperatures leading to drought, meant the fires – which burnt across numerous fronts – not only had enough fuel to spread rapidly, but maintained high intensity for months on end. 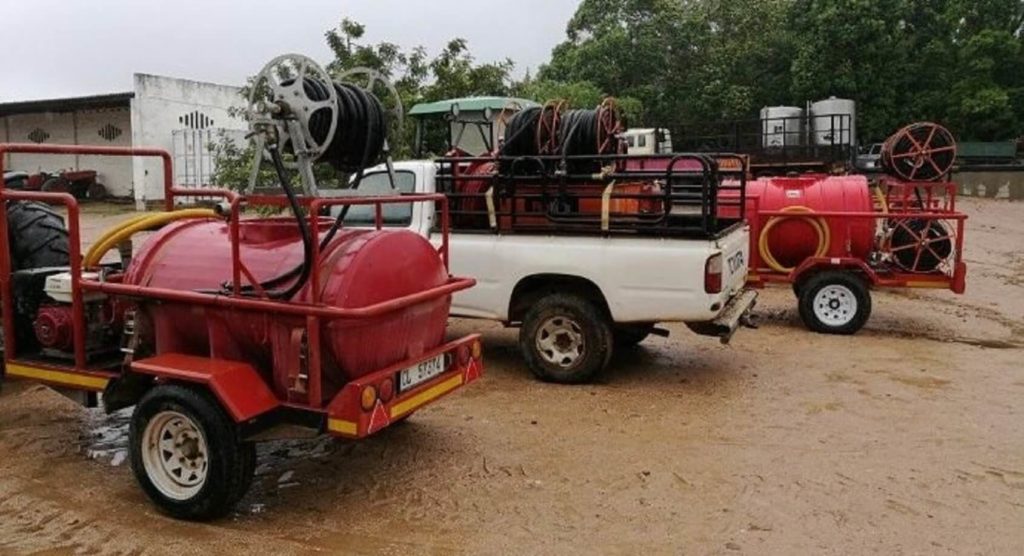 ‘Bakkie sakkies’ which are kept loaded on farm vehicles throughout the fire season means they are to hand if a fire unexpectedly breaks out in the veld.

The tinder dry grass and undergrowth revealed inadequate fire breaks and controlled fires meant to reduce the fire threat were irregular and insufficient. These crucial preventative measures were reportedly neglected, because of fear linked to the ability to control any fires once they got underway.

While many macadamia farmers came away unscathed from the massive burn, the very real danger of ignoring fire hazards has become very real as the impact of climate change deepen at a rapid rate across the globe. In South Africa, farmers face the same dangers, especially in winter when grass is dry, winds pick up and the hot winter days in the macadamia growing regions are not only prevalent but temperatures being measured during the season are higher than the norm.

This means the necessary precautions to prevent wildfires could not only save lives but if they are kept from reaching an orchard it could make the difference between a successful crop in the season to come or not.

Prevention is better than cure

The first step in increased control is to be constantly aware and on the lookout for fires which have either not been reported or are obviously out of control. Joining the local Fire Protection Authority (FPA) and being available to work together and share ideas on how to address any risks are also good starting options.

Further, maintaining open communication on an ongoing basis with authorities and neighbours means having the knowledge on what to do when a fire breaks out. Panic increases when fires get burn out of control which makes regular and accurate communication between lines of authority, those who are battling the flames and the community a matter of life or death.

To be prepared, farmers must assess the fire risks in their businesses, check regularly employees are aware of those fire risks and how waste is disposed safely. If staff are living on the property, then it becomes important they understand how to manage any fires they might light in their homes or yards.

Install, inspect, and maintain appropriate warning and extinguishing systems in residences, farm buildings, on tractors, and around mechanised equipment. This should include fire extinguishers, smoke alarms, fire alarms and, ideally in some locations and circumstances, water sprinklers. This is especially necessary where nuts are being stored on-farm as macadamias are exceptionally flammable and will continue burning for some time, once lit.

Invest in well-maintained firefighting equipment such as a petrol or diesel-powered water pump and ‘bakkie sakkies’ which are always loaded up onto farm vehicles in case of an unexpected veld fire. It is also important to regularly check equipment and carry out any necessary maintenance at the start of the fire season.

Mitigating the risk of uncontrolled fires

Assessing the immediate surroundings regularly is an important step in reducing the risk of an unplanned fire.

The manager of the Lowveld and Escarpment Fire Protection Association, Andre Scheepers

Scheepers also urges farmers to be aware of the “fuel load” on their farms which includes alien vegetation infestation on their land, and a plan to deal with any excess dry grass or dry plant material that could act as tinder.

“Controlled burns and fire breaks are the best way though to reduce risk. During the cooler months, controlled or prescribed burning is a good idea to decrease the likelihood of serious, hotter fires. Any controlled burning must be supervised by fire control authorities for regulations and permits, and it is important to notify neighbours in writing timeously of the plan,” Scheepers said.

Further, anyone wanting to set a controlled burn is required by law to apply for a permit from their local fire prevention authority.

A firebreak is simply a pre-burned barrier to slow or stop the progress of a bushfire or wildfire. A fire break may occur naturally where there is a lack of vegetation or fuel, such as a river, dam or a dry gully or ‘donga’.

Scheepers said the purpose of a fire break was to reduce the load of combustible material in a specific area and in the line of an unplanned fire which would then lower the intensity of the flames allowing fighters a better chance at putting the blaze out. Fire breaks can also serve as a line from which a back burn could be set, he said. 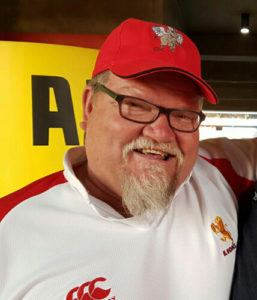 “When making a fire break, the primary goal is to remove deadwood and undergrowth down to mineral soil. Although fire breaks cannot completely protect farms against large veld fires, they play an important role in controlling and containing smaller fires on the farm and are compulsory by law. Back burning is when small fires are set along a man-made or natural fire break in front of an oncoming burn. This reduces the flammable fuels available to the main fire once it connects with the back burn.”

Selecting the right day on which to burn is vital. The fire danger index is updated several times a day and is available from regional fire authorities. Firest should not be set on days with an index of 55 or higher.

Fire breaks should be wide enough and long enough to have a reasonable chance of preventing a fire from spreading to or from neighbouring land, and should not cause soil erosion.

The following distances are given for burning fire breaks:

Scheepers advises farmers to check with their local municipalities, fire brigade or Fire Prevention Authority to confirm the rules and regulations for their specific regions and districts.

And since it was not always possible to effectively prevent, manage and fight fires alone, by joining up with ta Fire Prevention Authority meant easy access to experts in fire management. “Your local FPA can help meet legal requirements, provide training and guide farmers through fire management planning. They can also assist with fire break preparation. Membership is voluntary but there is a nominal joining fee. There are FPAs across South Africa. If no FPA exists in the area, approach the district municipality or farmers’ union, and ask for their assistance.”

Having regular check-ups in place was the best way in which to prevent a catastrophe and it was important for farmers as a duty to guarantee their own and their neighbour’s safety, Scheepers said.