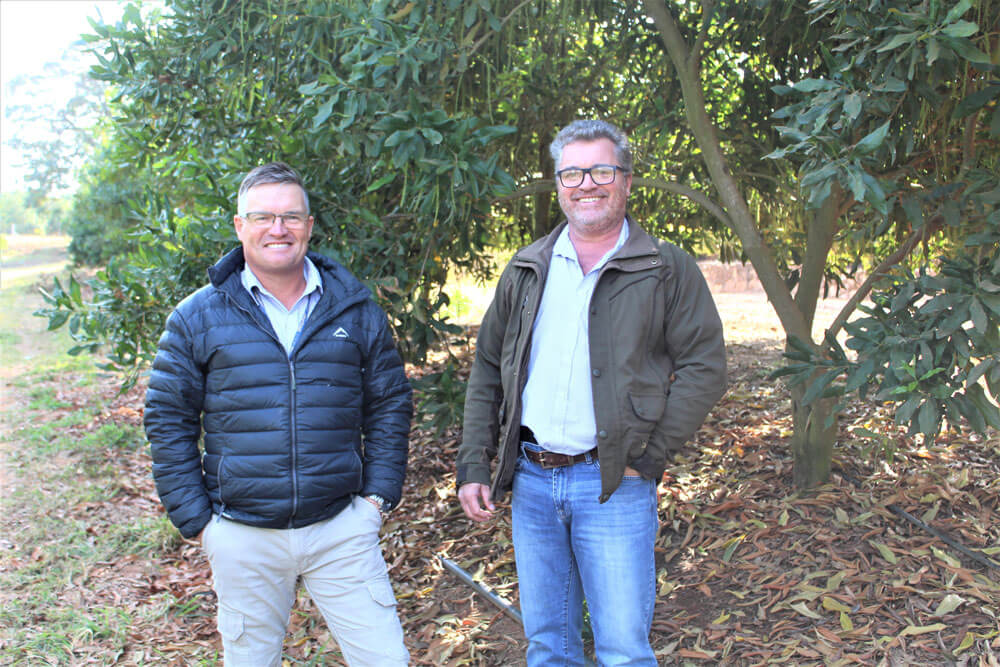 When Pieter Vos was advised to plant cover crops between his rows of macadamia trees, he took the advice but with much scepticism, putting it down to just another money-making gimmick. But two years on and his densely covered orchards are literally and figuratively bearing fruit.

Planting cover crops has made waves in the agricultural industry in recent years as grain farmers, particularly, who started practising no-till cultivation, have seen great success. Now orchard farmers are slowly moving towards this method as a way to prevent bare and dry soils in their orchards.

According to science, bare soils can be 5°C hotter than soils which are protected by cover crops or mulch.

Planting cover crops in the macadamia sector has lagged, with the practice being virtually unheard of two years ago. So when the Vos family was advised by their fertiliser experts to plant cover crops, the idea was met with scepticism. But happy to try new ideas to aid production, they took the plunge and have been reaping the rewards ever since. 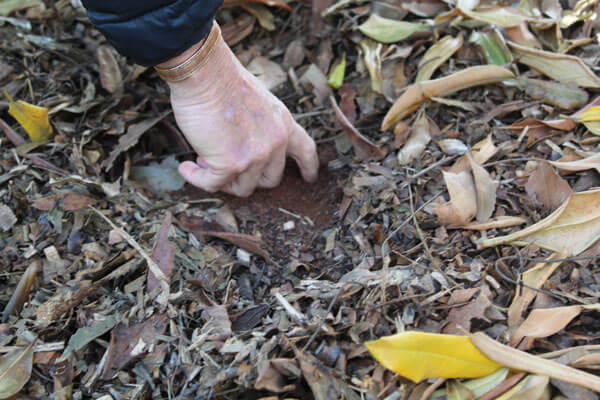 Soil has shown a marked improvement since the introduction of cover crops. Moisture is maintained over longer periods and the soil structure is more granular

Punted as a moisture-retaining, soil structure-improving exercise, planting cover crops between the rows of nut trees has done exactly that on the Vosmac farms in both Barberton and Kiepersol in Mpumalanga. In fact, Vos said the irrigation requirement in the orchards has reduced by 50% as a direct result.

“The shade provided by the cover crops reduces evaporation and the roots of the macadamia trees get a chance to absorb all the water. The cover crops guarantee an even soil temperature and the soil profile is loose, so the nutrients and water are better used by the trees. The water availability and usage has improved so much we have been able to halve our irrigation,” Vos said.

The farm is planted to five different cover crop species: Rhodes grass, blue and white Buffalo grass, lucerne and Crown Vetch. Besides being the species recommended by the fertiliser experts, the grass also serves as a source of food for the free-roaming game on the farm. 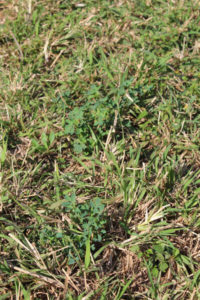 The cover crops create a mat of soil covering that prevents the soil from drying out.

These grasses grow up to a metre in height and when mown in December and February, and then placed directly under the trees, provide a good volume of mulch. The Crown Vetch also acts as a nitrogen fixer, adding further nutrients to the soil.

The cover crops are sown initially with a no-till planter and then reseed themselves annually.

Vos said his aim now was to eliminate the use of glyphosate on the farm, which was being helped by the cover crops. “Because we mow and blow, the amount of material we place under the trees acts as a weed suppressant. Because of the finer texture, it creates a mat so it does not interfere with mechanical harvesting either, as the nuts lie on top of the mulch.”

Debunking the myth that cover crops deplete the nutrients in the orchard, Vos said since they are planted between rows, and not in the rows where the water and fertiliser are applied, the amount of depletion was negligible. “When the cover crops are cut and placed back under the trees where they break down to eventually form part of the soil, the nutrients they took are restored. So any nutrients in the grasses are available to the trees,” he said.

Vos said they had also concluded that their orchards were being over-irrigated, and with the help of the cover crops had cut back on watering. But, he agreed, fertiliser applications presented a conundrum as they necessitate irrigation. 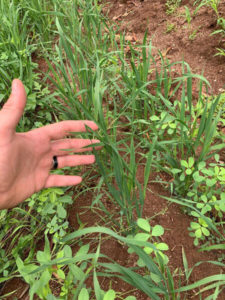 Some five species of cover crops are planted on Vosmac farms.

Dewyk Vos said fertiliser recommendations required up to six applications, which all needed to be mixed with water before being applied to the crop. “I made the decision to apply a maximum of six products, three times. Otherwise you keep adding more water to the orchard with every chemical application. And then it still rains on top of that so the orchards are eventually drenched. We are paying more attention to each individual block with the different soil types, to prevent over-irrigation or over-fertilisation. We are moving more towards precision agriculture where every block is treated according to specific requirements. In so doing we have reduced the distance of the irrigation spray to make the reach more concentrated under the trees. We don’t do any blanket applications, but rather look at each block individually.”

In terms of optimum soil moisture, Dewyk said now that the trees were in flower and going over into nut set, he aimed for a 75% soil moisture content, monitored through soil moisture probes. “Once the nuts have set we irrigate at most once in six weeks. If the soil has been properly wet, deep enough, once, then the trees require very little follow-up irrigation because the water is maintained in the soil. There is a massive difference in the amount of time our irrigation pumps are running now, compared with before we planted the cover crops,” he said.

The cover crops have another benefit as they have significantly reduced the pest load, and the grasses act as an ideal habitat for a range of beneficial insects, parasitoids and stinkbugs.

Dewyk said when they cut the cover crops, the multitude of spider webs in the stubble was testament to the ideal habitat created by the grass. 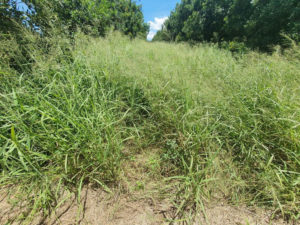 The cover crops reach nearly a metre in height.

“All of the insects, including stinkbugs, are attracted to the grass, but with there being so many predatory insects in there as well, the stinkbug load ends up decreasing drastically in the orchard. There are ladybugs, which feed on thrips, and the grasses and flowers on the lucerne attract bees, which keeps them busy in the orchards.”

Pieter Vos said when the grasses were at their highest, the pest load in the macadamia trees was at its lowest. “It is actually logical this would happen because when you think of a typical macadamia orchard where the soil is bare or there aren’t any cover crops, the only habitat left for the insects is the macadamia trees. Now we provide them with an even better habitat and food source with the cover crops.”

Consequently, the farming operation has seen an increase in its sound kernel recovery (SKR), achieving on average 34% across the 12 varieties planted. The yield has also increased from under 4t/ha dry nut-in-shell to more than 4t/ha across the farm. 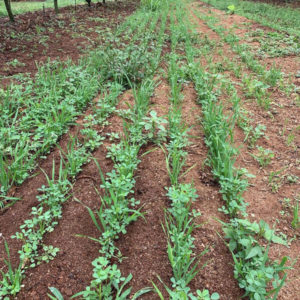 The cover crops are planted with a no-till planter between the rows of trees.

Commenting on pristine orchards where one can see under the trees from one end to the other, Vos said the orchard should not look good to the detriment of the crop.

“Naturally we want our farm to look neat and tidy. But we decided that even if the orchard looks untidy and overgrown, why worry? If we can get better quality and a reduction in inputs then that is, after all, what should be most important. More soil moisture, less inputs – that’s what you are after. We still keep the orchard clean under the trees, but in the rows it is long grass all the way!”