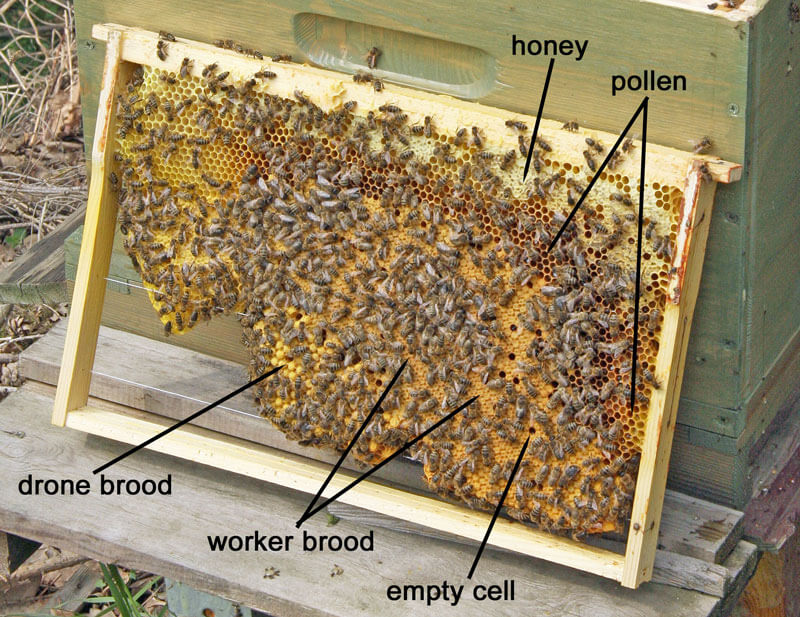 Pictured above: Farmers are encouraged to understand what to look for in a healthy beehive

While the cost of orchard pollination is on the rise and the demand for hives continues to increase against the dwindling number of beekeepers, farmers are wondering what it will take to manage on-farm pollination themselves against paying for high-demand commercial beekeeper services.

Macadamias depend on adequate pollination for a good nut set. And since it takes at least 15 bee visits per flower to achieve pollination across the one billion flowers estimated in a hectare, a substantial number of healthy bees is necessary for success.

But macadamia farmers are competing with avocado and citrus farmers – all at the same time of year – for beekeeper services. As the growth in these crops remains exponential in the country the competition for beehives can only increase. Experts warn that at least double the number of bee swarms is necessary for future pollination services than what is currently available.

However, commercial beekeepers are finding their businesses under threat as thieves and vandals continue to destroy their hives indiscriminately, resulting in more and more beekeepers leaving the industry. Further, low prices for honey and the decline in yield as the colonies weaken are compounding the problem. Added to this, wild bee colonies are in decline as habitats are overtaken by development and unscrupulous beekeepers continue to catch these populations, but then don’t care for them adequately to guarantee their survival.

This has resulted in an increased supply and demand disruption predicted to cost the industry dearly in years to come as bees available for pollination continue to decline.

Nurturing your own colonies

At the recent South African Bee Industry Organisation (SABIO) countrywide roadshows, KwaZulu-Natal commercial beekeeper and noted expert Michel Lenferna said more and more growers were now choosing to establish and manage their own hives to make sure their orchards were adequately pollinated.

While the start-up cost was high, he said, farmers were at least guaranteeing the availability of healthy swarms while providing an opportunity for additional income through the sale of the honey. 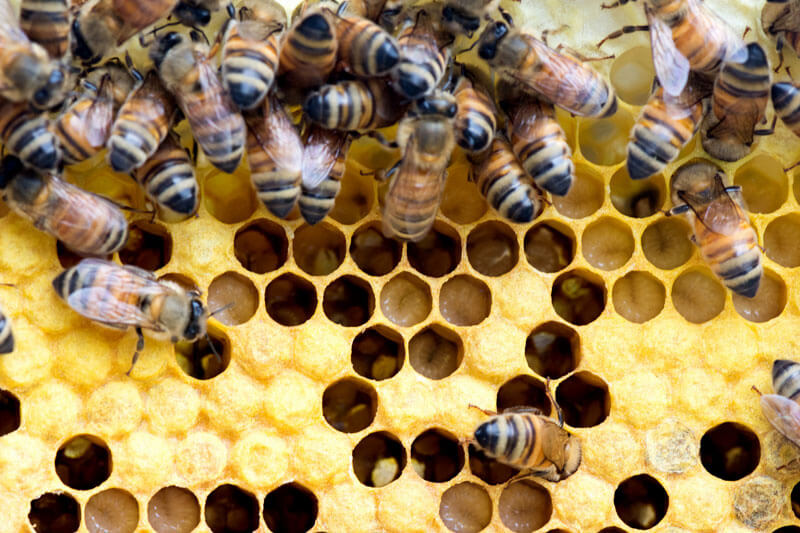 Farmers are encouraged to inspect frames within hives to ensure they have sufficient bees and brood. The more brood, the more pollen bees will need to rear them.

But he warned farmers to carefully consider the level of management required to ensure the health and success of their colonies.

“A beehive is not just a box placed somewhere on the farm. There is, in fact, a super organism inside that box which requires high care. Every bee has a role and if any of them is unable to perform its duties, the colony becomes sick and eventually all of the bees die. There are certain things that need to be done at certain times to safeguard the health of the colony,” he said.

First, the colony had to be ‘queen right’. “This means there is a laying queen in the box, producing a sufficient number of bees. Methods of calculating the right number of bees are widely debated but don’t trust the method of counting bees coming in and out of the hive. Some people say if you can count a certain number of bees entering and exiting over a period of time, then there are adequate numbers in the swarm. But bee movement differs during the day and is affected by weather conditions. Rather, open the hive and check if there are at least six frames covered with bees, and another three or four frames of brood.”

“One colony of 30 000 bees is way more effective than two colonies of 15 000 bees each because only the bees that are surplus to the requirement of the hive are able to go out and forage. Also, bees will only fetch pollen when there is a brood that needs feeding. This means the bees must be of a certain age for pollination to be optimal,” he said.

Chairman of the Mpumalanga Beekeepers’ Association Inge Lotte agreed, saying for a swarm to work effectively in an orchard the maximum number of “hungry mouths” was needed to motivate the worker bees to go out and retrieve pollen. “This means lots of baby bees needing food, so when beekeepers check the frames in their hives, there has to be sufficient brood for pollination to be optimal.”

For the queen to produce enough young, Lotter said farmers should stimulate her before she needs to start working. This means providing a sugar water mix just before the pollination season begins.

She also provided further feeding regimes for farmers to follow to guarantee a strong colony. “Farmers need to be more hands-on in managing bees. To keep them strong we need to do artificial feeding. The days of letting nature take care of the bees are over, because if there is not enough food where they are, they will move on. Sugar water itself is not sufficient as it needs to be combined with probiotics and other amino acids to give them balanced nutrition. Pollen contains protein and bees can’t raise healthy strong bees without any protein. A lack of protein also makes them more susceptible to diseases.

“The ideal mix is 30% sugar water, mixed at a ratio of equal amounts of sugar and water. Added to this should be a good pollen substitute that contains probiotics, 20% protein value and at least 10 amino acids.”

She said some honey should be kept back in the hives, since the bees needed it to feed on when they couldn’t leave the hive due to bad weather. “If these reserves are not available, the bees will start eating their eggs,” Lotter said.

Where the hives are placed in the orchard is also crucial, not only for optimal pollination, but also for colony health. 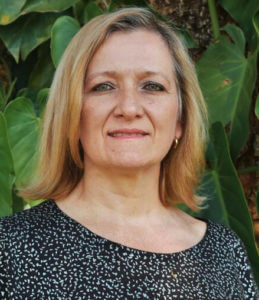 “But for the first 21 days she is a house bee and only works inside the hive. Only after that does she leave to start foraging. Since the length of the bee’s life is determined by how hard she works, the harder you work her and the further she must fly, the shorter her lifespan. It’s as if she has only a certain number of wing flaps and after she reaches that, she dies. So, if you want your bees to live longer, don’t make them fly unnecessarily to find their food,” she said.

Both Lenferna and Lotter agreed that managing the pollination of an orchard required an intimate understanding of how bees work and what is required to get the maximum efficiency from a colony.

Lenferna referred to research that advises a stocking rate of five to eight hives a hectare. Each site, however, differs, depending on the size of the trees. 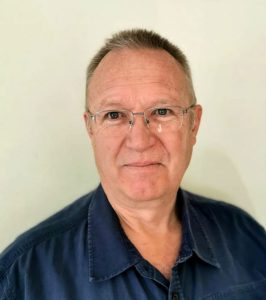 “Bees should not be too closely concentrated as they will abscond if they feel too much pressure from other bees. Hives should therefore be evenly spread.”

“If there are too many shady dark areas, the bees will only work branches on the sunny side of the orchard, so pollination will be very unevenly distributed. Hives placed in the sun are also problematic since bees will stay in the hives to try to cool down the queen and brood rather than go out to forage.

“Careful consideration should be given to pollen sources as well. In certain crops, such as pears, where the pollination period is only five days, it made sense to eliminate all competing sources of pollen. But bees remain in macadamia orchards for months and it is not healthy to have them feed on only one type of pollen for such a long period. Supplying them with a diversity of pollen is good for them, which means it’s good for you,” Lenferna said.

Contracting pollination services has its benefits as the farmer is not intimately involved in the management of the hives, however, a good relationship with the beekeeper was important for success.

Farmers who have worked the land for decades remember the days when beekeeping services were free as beekeepers were more focused on providing food for their swarms to produce honey for sale. But more recently it has become a dedicated science to guarantee effective pollination in an orchard, which differs quite markedly from those who want to produce honey, Lenferna said.

“Pollination is not the same as making honey, and just because a hive has produced honey does not mean the bees have properly pollinated the orchard. The latter comes with an extra cost, which far exceeds proceeds made from selling honey. There are the physical infrastructure costs, artificial feeding, and transport, not to mention vandalism and theft. Over the past five years I have lost R350 000 per year due to vandalism and theft. As a beekeeper, I can’t carry that cost and so I must inflate my prices to stay afloat,” he said. 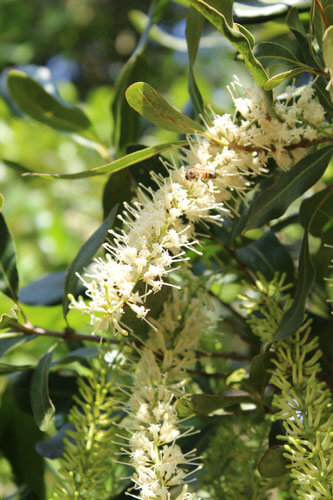 Beehive or swarm theft is an offence but cannot be reported to the police as bees are considered wild and therefore belong to no one.

“Theft of hives can be reported, but the police have told me it is my own fault because I had left the hives unattended. They also say they have more important criminals to chase after. This problem will not go away anytime soon, which means if farmers can provide safe sites, then this can bring down the costs of the beekeeper,” he said.

Once the services of the beekeeper were acquired, Lotter said it was important for farmers to check they were getting what they were paying for.

“Open the hives to see what is inside. Farmers have the right to ask a beekeeper to check the health of the swarms but of course, they must know and understand what they are looking at. Each hive could look different, since it is not a factory but a living organism, but there are basics that must be in place,” she said.

While farmers say the cost of hiring hives is becoming prohibitive, Lenferna breaks the cost down with a surprising outcome.

“Pollination services can cost around R750 a hive, and R4 500 per hectare, which translates into farmers having to bring in at least R5 000 a hectare extra to make the cost worthwhile. That equates to six extra nuts per tree! With proper pollination you will be getting far more than that,” he pointed out.