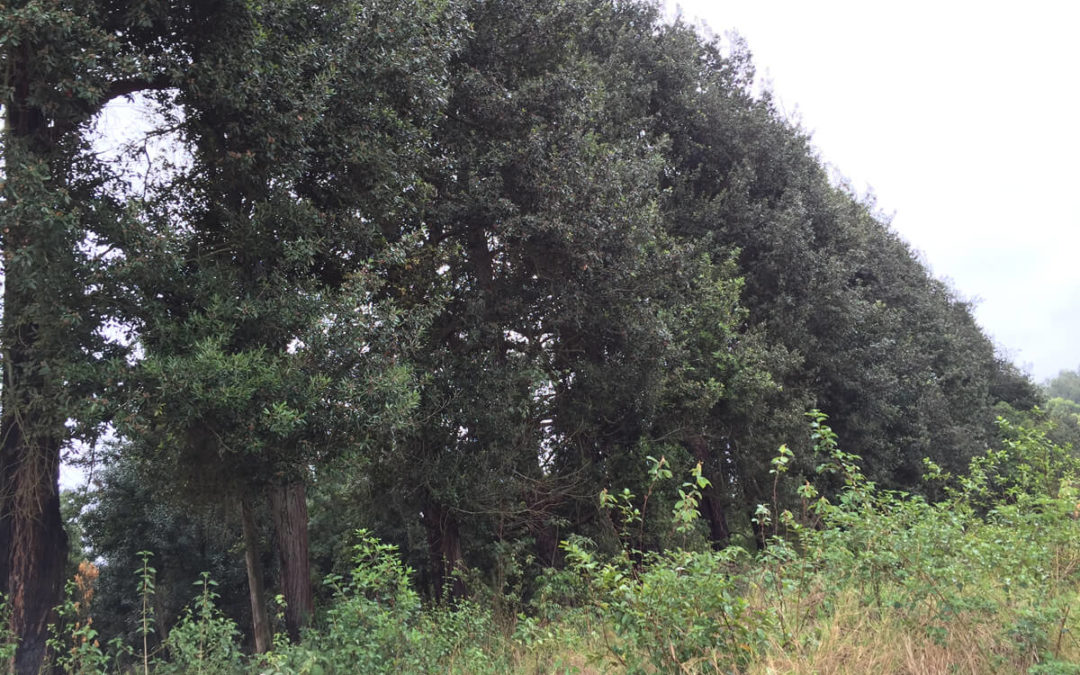 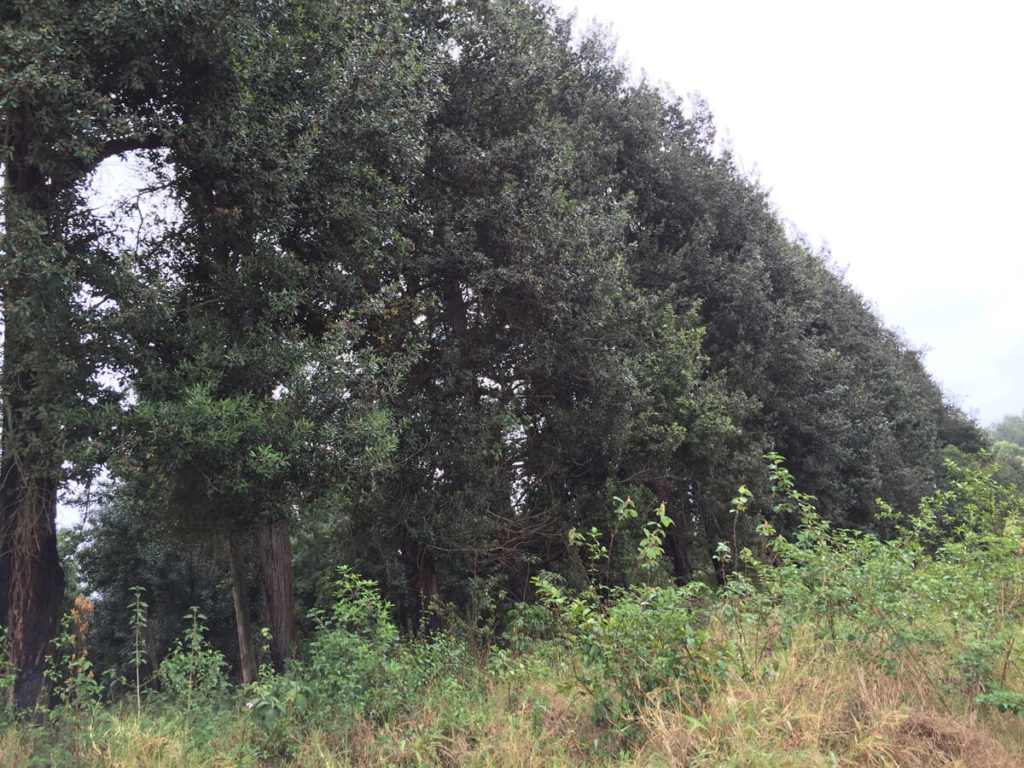 As strong and persistent wind slows the growth and development of young macadamia trees and their subsequent flower and nut set, expert and consultant Kobus van Niekerk says the development of windbreaks and irrigation strategies specific to areas prone to such climatic conditions are essential for orchard health.

Because macadamia tree leaves are sensitive to a high VPD (Vapour Pressure Deficit) in the air, stomatal conductance ceases in a bid to restrict water loss and sap flow, resulting in slow vegetative growth and low-quality nut yields.

The leaf stomata will close sufficiently to maintain water potentials at a VPD of 2.25 kPa.

And, while the latent tolerance mechanisms in macadamia trees mean the plants suffer less easily from moisture stress, the flowers and young nuts are not similarly equipped to cope at a high VPD.

Wind speed that effectively increases the VPD above the threshold for macadamia trees is measured at 34km/h (9.44m/s).

Wind speed is usually measured using an anemometer or the Beaufort windspeed scale. 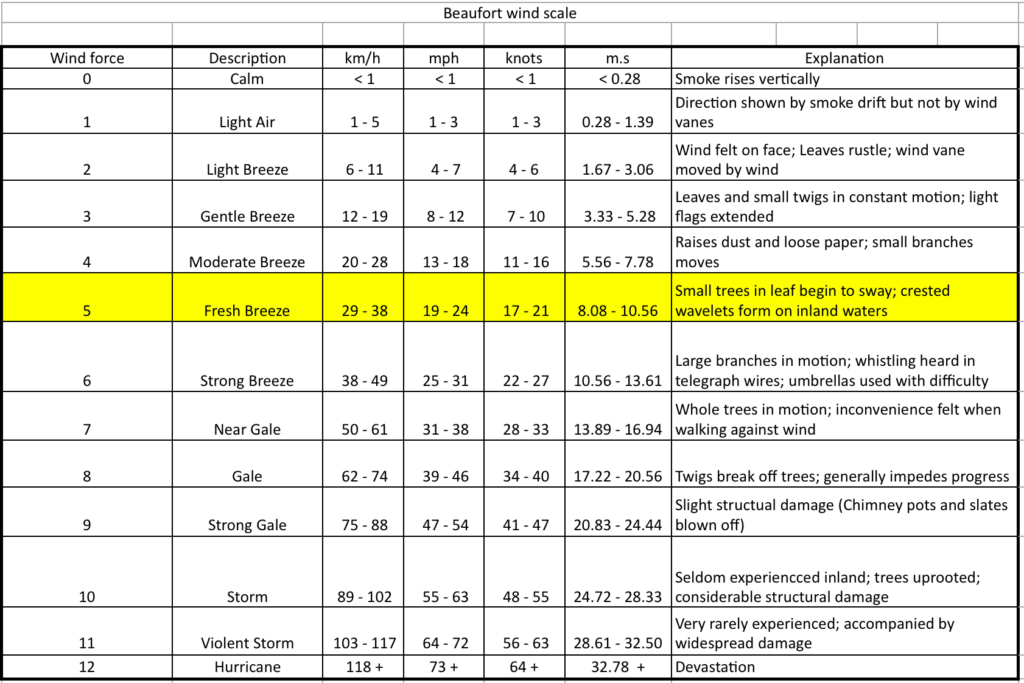 Healthy vegetative growth is not only necessary for young trees, but also allows mature trees to produce and sustain good quality crops, while sufficient sap flow is necessary for flower growth and pollination, followed by nut and oil formation.

As the macadamia flowers and nuts do not have the same tolerance mechanisms as leaves, they can release large amounts of water during high VPD periods, with the perianth (floral) parts apt to wilt and pollination likely to fail.

This is further exacerbated if the tree is unable to keep up with the required high rates of transpiration demanded by the flowers and the nuts due to low moisture content in the soil.

During flowering the stomata in the flowers can increase transpiration up to 16 times more than normal while the stomata in the husks of the growing nuts also actively photosynthesise and transpire, putting a further burden on wind-stressed trees.

Adequate irrigation is therefore critical between August and February or during flowering and nut set and prior to the nut drop in an attempt to reduce natural nut fall and increase the size of the remaining nuts. 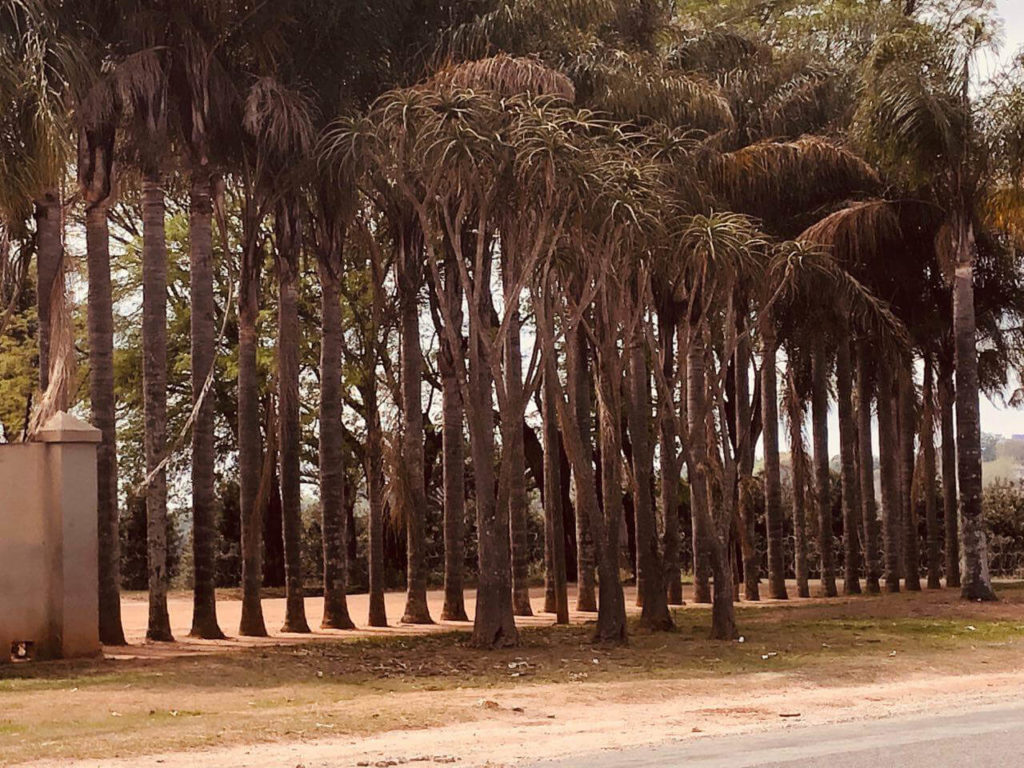 Well-designed windbreaks coupled with good irrigation provide improved conditions for higher yields not only during a storm, but also reduce the VPD in areas where the wind blows constantly.

The design of a living windbreak or shelterbelt should see that it rises abruptly on the windward side, resulting in a filter and a permeable barrier to wind movement as shown in Figure 1.

The filter effect allows for air to move through the shelterbelt at a lower speed, creating an air cushion behind the belt, allowing for the fast-moving wind to glide over the top of the break.

The ideal density for the break is equivalent to a porosity of 40% to 60%.  More open barriers do not reduce the wind speed sufficiently, therefore providing inadequate protection for the orchard.

Figure: Illustration showing the necessity for a porous filter in the windbreak, and not a solid structure

A complete shelterbelt can vary from a single line of trees to one of two to three tree rows and up to three shrub rows, one of which should be positioned on the windward side of the tree-row.  Belt widths vary from about 9m for a two-row tree belt with associated shrubs, to about 3m for single-row belts.  Based on these widths, they can occupy between 3% and 5% of the land area they are protecting.

Where entrance spaces are needed for access into rows of trees, two rows of windbreak trees can be planted, with the openings staggered in the shelterbelts.

More dense barriers result in greater reduction in wind speeds initially, but since velocity increases more rapidly with distance downwind than in more porous barriers, they are only effective for very short distances.

Shelter belts should be designed to maintain the wind velocity at about 40% to 60% of the open wind velocity and dictated by the wind characteristics for the specific area e.g. wind speeds, varicosity, prevailing direction, wind out of other directions, topography and wind storms.

Wind tunnel studies by Woodruff and Zing (1952) showed tree belts at right angles to the wind – allowing for variations in the wind speed and direction – affect the level of protection for distances of up to 17 times their height for open wind velocities up to 45 km/h.

All wind break species must grow high and fast and in fact, with the same irrigation and fertiliser as the trees in the orchard, they can grow much faster than in their natural habitat.

Some manipulation and pruning might be necessary to promote upright and narrow growth.

Suggested species for windbreaks introduced in Southern Africa would be: