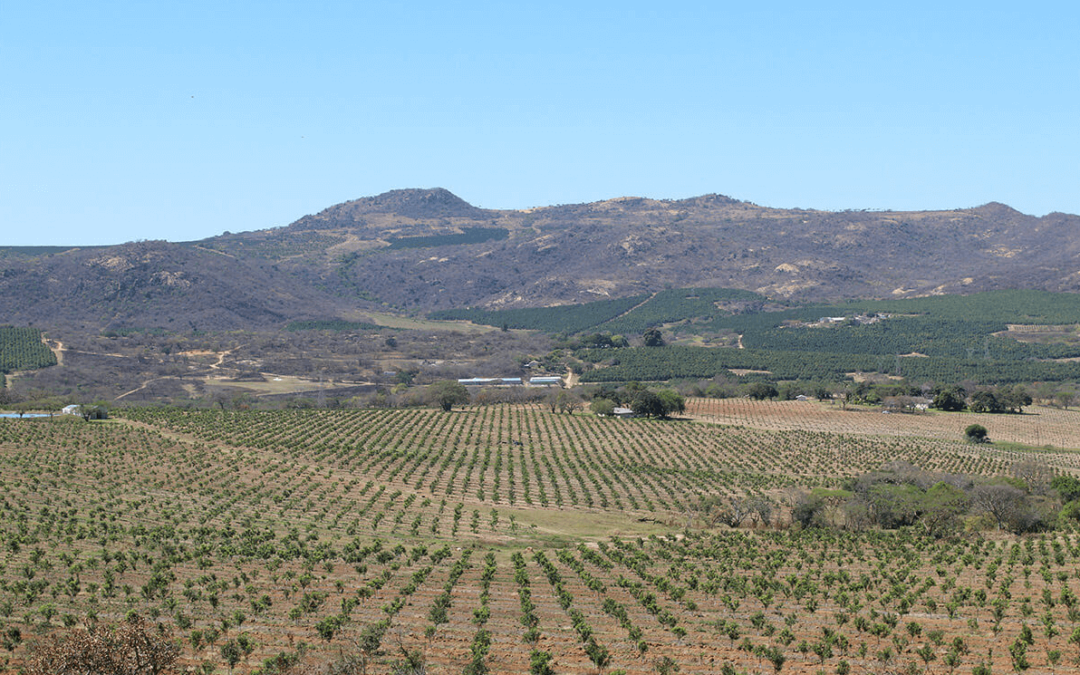 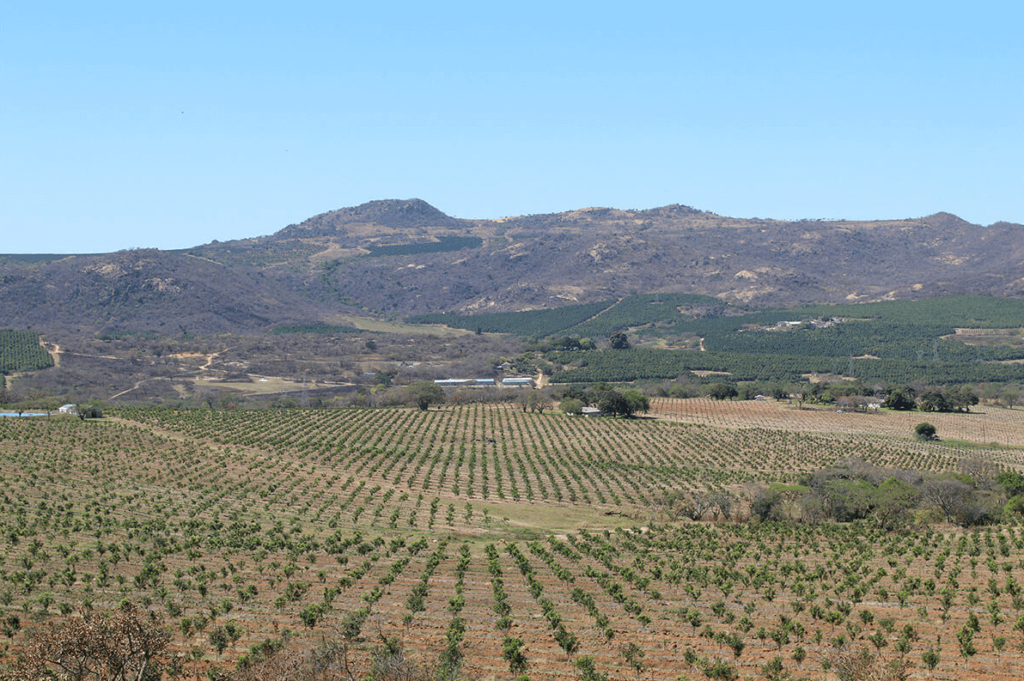 Capital investment by processors into cutting edge technology and the ever increasing range of macadamia products on shelves are clear indicators that South Africa’s industry remains on an upward trend in line with growing export demand.

The market for macadamias remains bullish, and shows no signs of slowing down. The confluence of health-based, ethical and sustainable eating trends remains the core driver to this growth, presenting lucrative opportunities for the macadamia industry in the future.

Macadamias remain at the forefront of global consumption habits and one needs only to look at the amount of investment on a processing level to realise great things are expected from this product in years to come.

Processors are investing in cutting edge value-add technology to support future customer needs and the volumes coming into the factories. On the market side, food product manufacturers are increasingly developing products containing macadamia nuts, which will necessitate a consistent supply of high quality nuts going forward.

Total tree nut value has more than doubled in the past decade, estimated at US$38 billion in 2018. Compared with other tree nuts, macadamias specifically have experienced the highest increase in value over this time.

While drought adversely affected crops in key growing regions of South Africa, Australia and Kenya last year, resulting in a lower volume than initially forecast, the longer term supply is set to grow alongside demand. In 2019 for example, there were record levels of consumption in key markets like the United States, the European Union, Japan and China. 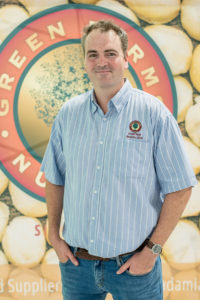 Commenting on 2020 crop forecasts, Alex Whyte, sales manager for Green and Gold Macadamias, said South Africa has generally experienced satisfactory crop development conditions thus far. “There has been some flower loss to a dry and hot start to the summer and some blossom blight in the Levubu region. However, overall, the crop is expected to grow steadily due to young orchards maturing, to around 64 000 tons nut-in-shell (NIS), up from the 2019 crop of 58 000 tons NIS. This is by no means a bumper crop as we are off the long-term forecast, which would have put the 2020 crop at closer to 70 000 tons NIS. Malawi and Kenya are also expected to have decent crops.”

He highlighted the effect of the Australian fires on their crop and said there was talk of the crop reaching only around 35 000 tons NIS, even less than the extremely disappointing 2019 crop of 42 900 tons NIS.

Meanwhile, plantings in South Africa are rapidly continuing and nursery sales figures have shown plantings of more than 5000 hectares per year, an increase from the 2000 hectares reported in previous years. Whyte said these sales probably include some plantings in Mozambique, Zambia, Zimbabwe and Swaziland, although the majority would be within South Africa, in Mpumalanga and KwaZulu-Natal.

Globally the macadamia supply is expected to remain similar to 2018, at 60 000 tons kernel, due to the drought and fires in Australia. Whyte said this would result in ongoing pressure on the kernel market, with prices remaining firm.

While the big three markets of the US, China and the EU would remain the place where most macadamias were sold, new markets are emerging in South America, the Middle East and Asia. Whyte said these new markets needed to be supported to enable them to grow into the future.

“It was exciting to see Magnum launch a macadamia ice-cream at the end of 2019 and these types of endeavours need to be embraced and new ones supported. We are also seeing more macadamias being used as an ingredient, which is very encouraging.”

During the world’s largest trade fair for the food and beverage industry, Anuga, in October 2019 in Germany, the top 10 trends in food were identified and the macadamia industry will be pleased to know that most are relevant for this sector. Growing trends included vegetarian, vegan and ready-to-eat products, superfoods, non-GM (genetically modified) products, products based on Fair Trade, halal food and kosher products.

This growing demand all bodes well for farmers and will result in stable prices during 2020, similar to 2019 on a US dollar level. However, with the weakening rand, farmers could expect a slight increase in the amount back in their pockets. 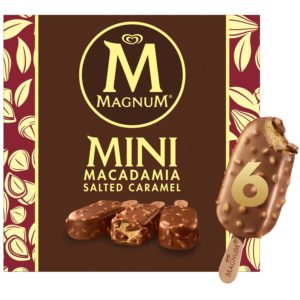 Further good news is the low inventory levels in China. Whyte noted that China’s domestic crop was much lower than expected, which caught many NIS buyers in China by surprise. “They also initially had a preference for Australian NIS due to the import duty benefits, but with Australia’s poor 2019 crop they were not able to secure enough. By the time they realised the situation, South African processors were already heavily committed to the kernel market and were not in a position to make up the shortfall.”

On the effect of the coronavirus on nut demand in Asia, Whyte said that since the start of the pandemic, buyers have taken a wait-and-see approach. “This kind of black swan event does seem to affect the Chinese market more than it would other markets, but at this stage I don’t think the impact will be major. However, it is something to watch very closely. If the pandemic continues to grow there is likely to be a significant impact to the Chinese economy and a cautious approach taken by the nut importers.”

Dave Watts, South African Association of Freight Forwarders national maritime consultant, said the coronavirus outbreak was currently the “elephant in the room” within the export industry. “China is a very important, and growing customer. The reports of deaths and diagnosed cases in China are very negative and from what we are hearing it will last a while. If the ports there are not working properly as a result, then shipments could be hampered. The biggest issue is that we just don’t really know what the situation is there. We don’t know if the ports or distribution infrastructure will be operating and if there will be customers to buy the product even if it reaches them, as most are stuck in their apartments.”

As far as other potential global disruptions are concerned, the Trump factor remains a concern. Whyte said that while South Africa currently enjoys a zero duty status into the US under the Agoa treaty, it seems that our government and the US have an ongoing tenuous relationship. “It’s not impossible for President Donald Trump to decide to wield some economic influence. The ongoing trade war between the US and China has certainly hurt the Chinese economy and their demand for imported tree nuts. South Africa also has a 12% import duty to China while Australia enjoys a zero duty. So as long as this situation continues, Chinese importers will look to Australia for supply first. Fortunately, due to the poor Australian crop expectations in 2020, this is unlikely to have an impact this season.”

Whyte said the kernel market in 2019 was extremely strong and delivered the highest prices in US dollars ever recorded. “The result was that more NIS was allocated for cracking in 2019 than ever before and the kernel pipeline has built up some inventory. This is a good thing as it is not healthy for market confidence to move from one season to the next with there being absolutely no inventory. At this stage the outlook remains positive for 2020. Nut consumption continues to grow and with Australia being in a position to export much less than expected, the high prices are likely to remain.

“Kenya’s impact is certainly felt in the kernel market (NIS selling from Kenya is not allowed). A number of new processors have emerged over the past few years and are hungry to expand market share. However, Kenya has challenges due to the huge number of smallholder growers who don’t always have access to machinery, chemicals and on-farm storage that commercial growers have. This results in variable quality.

“Despite that, Kenya continues to make good strides and a number of first-rate processors have established themselves. Plantings in Kenya are continuing and they should remain a major producer for years to come.”

Notwithstanding the sunny disposition of the macadamia industry, South African farmers face many of the same challenges. The land issue and proposed amendments to the constitution remain a huge concern and are said to be holding back investment at farm level.

Whyte said that since macadamias are a long term investment and require ongoing inputs and upkeep, any fear about land tenure will hold back South Africa’s potential in a big way. “This is a pity as macadamias are a wonderful foreign revenue and tax earner for our country.”

While quality has generally improved over the past few years as farmers have taken the issues around pest damage seriously, Whyte said certain orchards where trees were allowed to become too big continued to struggle and pest resistance remained a major concern for the future.

“Also, as macadamias are grown in more areas and more closely together we are likely to see new pests and pest resistance emerge. It is easy to be caught up in a short term belief of infallibility when things are going well, but pests can appear rapidly and unexpectedly and are then devastating.”

Other challenges to keep an eye on are the rapidly increasing volumes, which will necessitate a rethink of marketing strategies. “Plans need to be put in place now to ensure the future market is there. I am confident this can be achieved, with the right approach.

“Globally, possible impacts on the industry include ongoing sluggish global economic growth, trade angst and water concerns in agriculture. These remain closely monitored by the industry.”