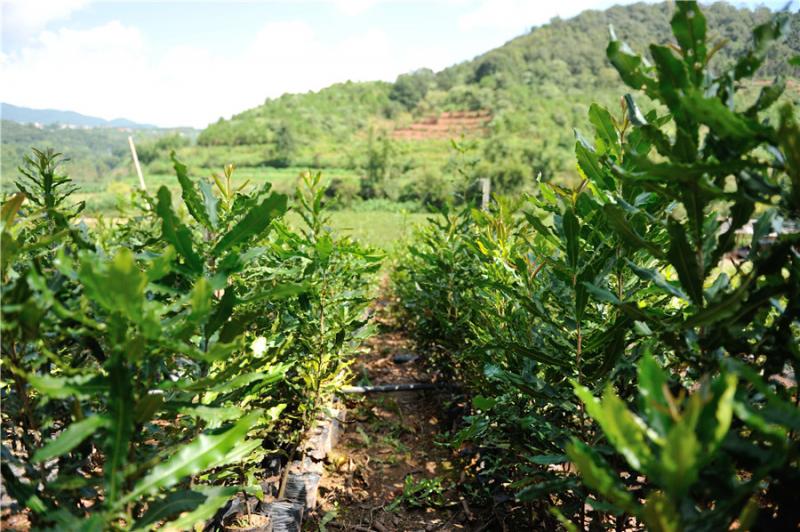 Despite initial forecasts of a bumper crop this year with yields pegged at the 66 000 ton mark, updated figures are beginning to show a very different picture, with initial optimism dwindling as depressed crop figures start to come in.

With a host of issues, including drought and an unexpected disease outbreak in many orchards, the industry’s leadership says each region has had to deal with unique, and, at times, devastating challenges.

It was difficult to pinpoint which of the growing regions was hardest hit, with Limpopo province still in the grips of a crippling drought and further climate change impacts playing out on the KwaZulu-Natal North Coast.

“All in all, there has been a host of issues in all provinces, including Mpumalanga, ” she said.

With investigations under way to establish the reasons for the harvest reduction, Pretorius said many orchards had reached maturity and the rejuvenation of the trees was necessary to increase their production.

“Older and denser orchards have many disadvantages if they are not properly pruned. They are susceptible to an increased pest and disease load, as the production front gradually moves upwards and therefore out of reach of sprayers. The trees start to compete and increase their foliar growth rather than reproducing, and the inside and bottom of some of these mature trees dies off, meaning a drop in their yield.” 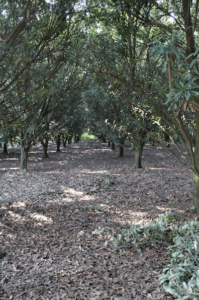 Old orchards that have passed their optimal production have resulted in lower crop yields this season.

Although the recorded rainfall this past season was considered average, it is now presumed the effects of the 2016/2018 drought are still lingering.

Pretorius said underground water had yet to replenish fully to levels measured prior to 2016, at the onset of the drought.

“Adding to this, many production regions recorded high temperatures during flowering. This may have affected more sensitive flowers, leading to abortion in heat-stressed trees.”

Group Agricultural Technical Manager at Green Farms Nut Company Barry Christie said unpredictable weather conditions had played havoc with the crop, resulting in many farmers reporting reductions of between 20% and 50% as a result. The Beaumont variety was especially hard hit, he said.

Further, a novel fungus made an unwelcome appearance during the harvest season, which, he said, was presumably brought on by the variations in temperature.

“We started noticing farmers were bringing in nuts with a kind of fungus on them that made the shells darker than usual. Some looked fine initially, but then within a day or two they started to darken. The fungus penetrates the shell, affecting the quality of the nuts.

“We suspect the fungus has something to do with the farms’ drying bin set-ups. Drying the nuts is a very technical process and knowing when to switch the fans on and off can be tricky if there are no built-in sensors to control the fans and heat. Because of the big variations in temperature, I suspect with the cooler evening temperatures there was more condensation at night, and if the fans were switched on too late, this could have brought on the fungus,” Christie said.

With the country now in the grips of a colder winter than usual, the Lowveld region has reported frost on lower lying orchards, damaging a large number of the trees.

He said smaller trees, especially in the Barberton district Mpumalanga, were particularly affected.

“I have never seen frost damage on such a scale as this. It could push production back in the future because those trees have lost growth.”

As if this all weren’t enough, macadamia farmers have reported a massive increase in the pest load, apart from the usual stinkbug infestations.

SAMAC Research and Development Manager Dr Elrea Strydom said while the numbers of felted coccid and ambrosia beetles were increasing in orchards, the most damage was being done by thrips and a host of other diseases.

“The felted coccid has had a major impact, but so far only in certain Mpumalanga production regions, so it cannot be the reason why the greater production area is experiencing the current yield reduction. The same goes for stinkbugs and nut borers. Although their impact is undoubtedly big, it is not significantly different from previous seasons. Thrips is usually associated with dry and hot conditions and significant damage was done to new growth, but it appears as if the population in macadamia orchards has become resistant to the products farmers are using. This does needs scientific quantification, though. Thrips affects the new leaf flushes, which are needed by the plant for the build-up of nutrient reserves for the subsequent season.”

While many farmers were raising the alarm at the prevalence of the shothole borer in their orchards, Strydom said only three cases were confirmed, all in KwaZulu-Natal. As macadamias are not reproductive hosts for the borer, she said, it was therefore not cause for concern.

Diseases such as phytophthora, husk rot and dry flower disease are on the increase, however and she said a significant increase in bark beetles had been reported in the Nelspruit area.

“These insects are normally attracted to stressed trees, which could, again, point to the dry and hot conditions. The bark beetle is popping up more and more, particularly in stressed trees. These tunnel into the tree and grow their symbiotic fungus, which then kills the trees as it blocks the movement of water and sugar. The trees first start to yellow and eventually die off, especially if they were really stressed to begin with.”

Since the Australian macadamia industry is still recovering from the drought, which has seen crop figures consistently dropping over the past few years, it is predicted that as a whole, the industry could withstand the storm within the markets as a result of the COVID-19 pandemic. With a smaller global crop, supply and demand will balance out.

SAMAC has predicted a better season in 2021, as apparently a strong La Nina weather system is already developing west of South America, which will be associated with above normal rainfall in Africa.

“This, as well as the big and somewhat early flowering observed in some production regions, holds the promise for an increase in production,” Pretorius said.

The bark beetle can cause considerable damage to macadamia trees and is one of the reasons for a lower 2020 crop.

Bark beetles are very small insects and belong to two sub-families under the snout beetle insect family (Curculionidae). Worldwide, more than 6 000 species of the Scolytinae have been described, and 2 100 of them are regarded as ambrosia beetles. The second group, the Platypodinae, are equally numerous and add a further 1 400 species to the ambrosia beetle tally.

Why are they important for macadamia farmers?

Dr Schalk Schoeman, a senior researcher at the Agricultural Research Council, says some ambrosia fungi are serious plant pathogens and the combination of pathogens and large numbers of insects in the trees can very easily overwhelm the natural defence mechanisms of host plants.

While the beetles have been present in citrus orchards since 1980, they have moved to macadamia and avocado orchards in recent years and the damage they are inflicting is growing.

“During 2017 the macadamia felted coccid was recorded in the Barberton Valley and during 2019 it was observed that infested trees are often affected by bark borers as well. The situation in Hawaii appeared to be similar and it is assumed the felted coccid put the trees under considerable physiological stress, which subsequently rendered them susceptible to bark beetle attack,” Schoeman says.

Why are these beetles now becoming a serious issue?

While the complete answer is still under investigation, Schoeman suspects it may have something to do with global climate change.

“In cooler countries such as Canada, the link between greater reproductive success of beetles and warmer temperatures is very plausible. In warmer countries like South Africa, the association is not so clear.”

Do these insects prefer to feed on specific trees?

Schoeman says trees with any underlying physiological stress factors are much more prone to attack than healthy trees. “Identifying these trees beforehand is not straightforward and may require specialist services, such as infrared photography.”