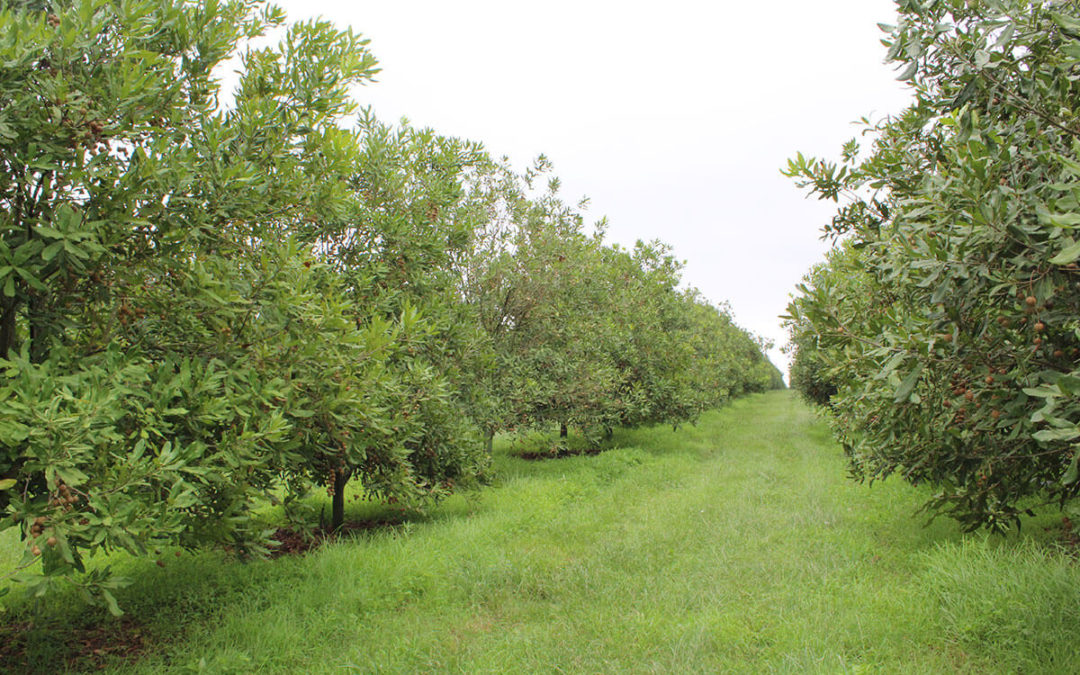 Planting cover crops in macadamia orchards has innumerable benefits, including water savings, improved soil health, and trees that are less prone to stress – ultimately resulting in greater yields and profitability.

Pristine orchards that are swept clean, without a weed in sight, might seem like the perfect farm. But dry, exposed soils and a lack of biodiversity hinder optimal production, resulting in higher water and pesticide usage. Planting grasses and legumes between tree rows is a solution to these problems and comes with a host of other benefits.

Freddie Steyn, an agent for Barenbrug, said cover crops can be used to improve soil moisture retention and stabilise soil temperatures, which results in trees that are less stressed. “Cover crops that produce flowers also attract bees and will keep pollinators on the farm throughout the year. Since cover crops aid in developing biological life in the soil, soil health improves and fertiliser requirements drop.”

He explained that if micro-organisms in the soil flourish, then much of the work in getting the soil to its optimum level is done for you. “Since many of the nutrients in the soil are not in a form that is available to the tree, the organisms are needed to help break it down into one that is easily absorbed. 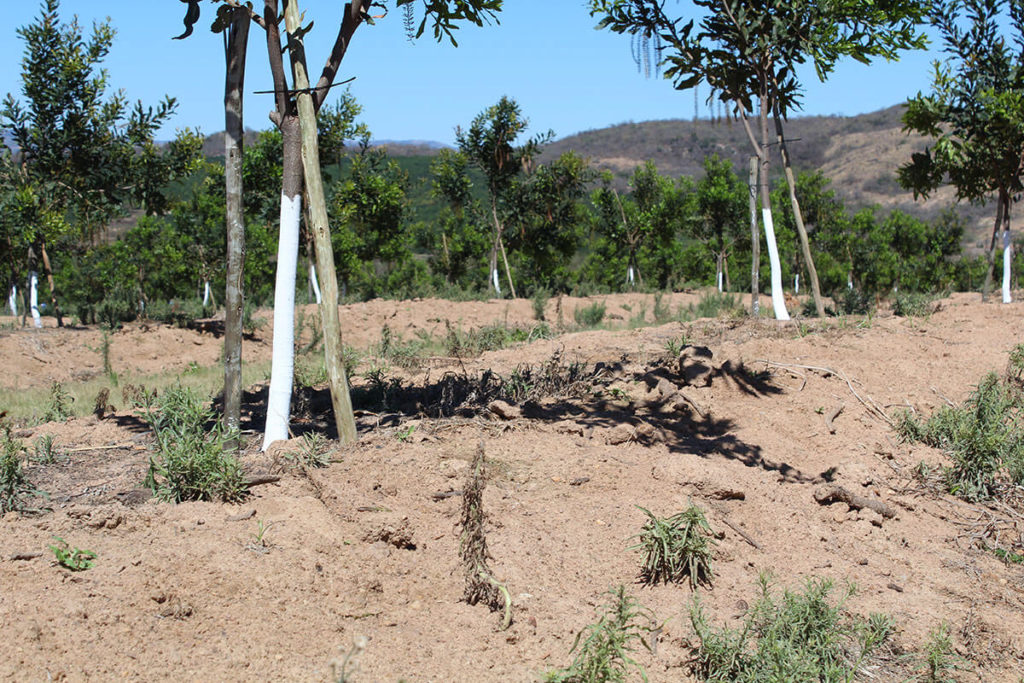 “It is therefore important to nurture these organisms that create a healthier soil. Soil analysis can tell you what nutrients are lacking but you can’t necessarily see what the biological life is – I think many farmers would get a fright if they saw how low it was, as a result of constant chemical applications from pesticides to fertilisers.”

Steyn said different cover crops serve different purposes and farmers should consider their ultimate goal before choosing which to plant. “If your aim is to increase soil moisture retention then you need plants that produce a lot of mulching material, like lucerne or any summer grasses. However, since the trees will eventually grow to a point where there will be little sun beneath the trees, grasses that grow in shade must be considered.”

While Australian farmers favour LM grass, as it is ideal not only for its shade tolerance but its compatibility with mechanised harvesting operations, Steyn said the cost of planting this grass in an orchard is significant. A budget-friendly option is Paspalum Notatum, as it is also shade tolerant and won’t affect tree growth. This grass can be cut and left under the trees to form a thick mulch layer.

For farmers requiring assistance with nitrogen corrections in the soil, cover crops like legumes and clover should be planted.

Steyn said macadamia roots are very deep, but the 80% that takes up nutrients is in the top 20cm layer of soil. “So you want your nutrients that are deeper to be brought to the surface. This is where legumes are beneficial: with their deep root system, they assist in accessing nutrients deep in the soil and bring them to the surface for the tree to use.

“Lucerne also draws nutrients out of the soil, but is not removed from the field when it is cut; instead, being rather left as a mulch layer so the nutrients are still available in the soil.”

He added that with macadamia land preparation, the soils are only ripped once so there is only one opportunity to loosen the soils. “With cover crops that have deep roots you have a continual opportunity to improve your soil structure and reduce compaction. Perennial grasses and chicory are ideal for this.” 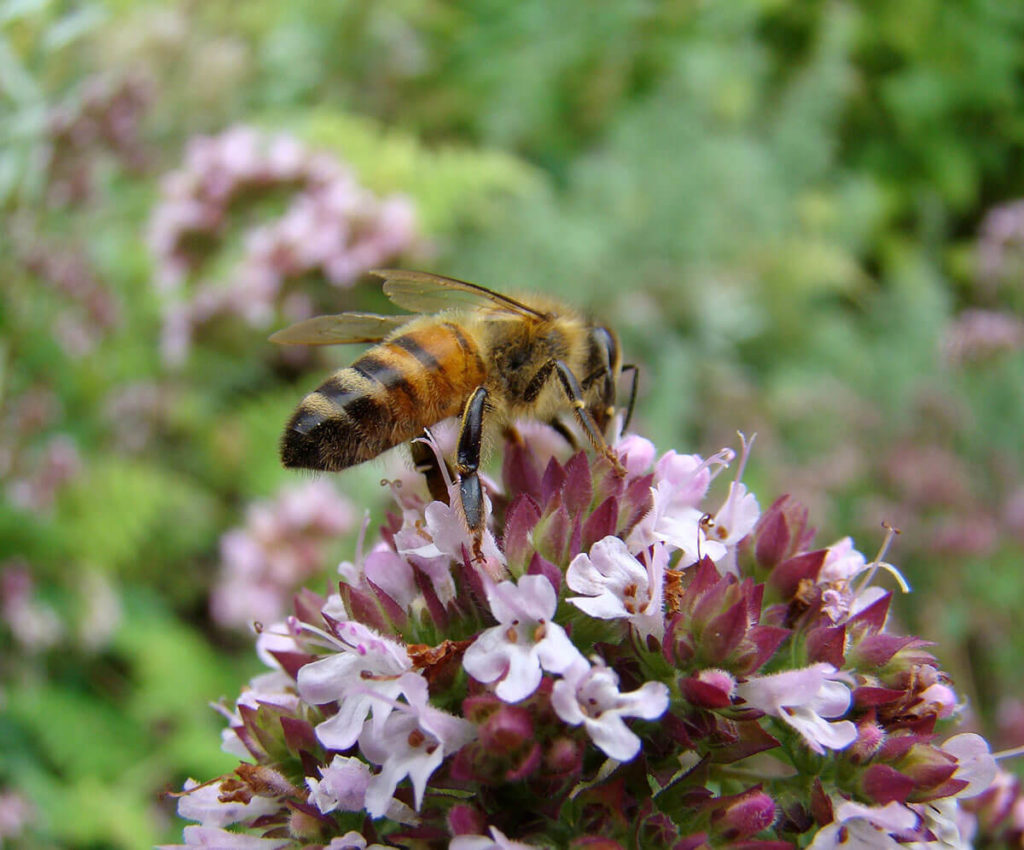 Cover crops that produce flowers are ideal to keep bees in the orchards.

While cover crops aid in weed suppression, there is still work to be done to maintain a balance between allowing cover crops to flourish and eliminating problematic weeds. Steyn added that while certain weeds can be left in the orchard, anything that interferes with macadamia tree growth should be removed, like climbers or anything using a lot of water. “This is when farmers need brush cutters to keep the weeds at bay. Unfortunately it requires more effort, but is necessary to get the benefits of the cover crops. There are challenges with this system, but the benefits far outweigh the problems.”

During the harvesting season, said Steyn, the cover crops need to be kept as short as possible to allow for nut collection. “In March, before harvest starts, the area will need to be mowed. Any new growth emerging after that needs to be sprayed with a soft chemical that just burns the tips, without completely killing the plant. After the harvesting season, the cover crops will grow out again.”

Reduced water availability has been a reality for many farmers over the past few years as the drought has taken its toll on available water for irrigation, and soil moisture levels. Steyn said that by using cover crops, the effects of climate change can be mitigated.

“With water restrictions and the increase in demand as more trees come into production, farmers might end up halving their yield if the trees do not get sufficient water. But through mulching, you can quarter the amount of irrigation needed for a crop. The cover crops do draw moisture as well, but the cover is still better for soil moisture retention than having a bare piece of soil.”

He noted that for every 1% of organic material added to the soil, an additional 17mm of rain is retained in the soil. This equates to 170 000 litre of water per hectare. “Additionally, through the increase in water retention, soil temperatures are kept more stable, which is crucial to reduce stress in the trees. During high summer temperatures they take a lot of strain, which results in the November flower drop. This has a big impact on the yield, so if the drop can be prevented it will have a big effect on your bottom line.

“November flower drop is one of the biggest challenges we face, so the less stress your trees are under during that time of year, the better.”

Steyn said that because of climate change, the eastern part of the country will not get less rain, but it will fall within shorter periods, so the soil needs to be able to handle downpours and the farm must be geared to make the best of it – not have it wash away all your soil and with it, the money spent on nutrients for topsoil.

For this reason, bare ridges are problematic as they are completely exposed to the rain. “Each drop that falls on the ground is like a hammer that hardens the soil, making it even less likely to absorb the water. The water just runs down the sides and doesn’t reach the shallow roots contained in the ridges. This is why cover crops are needed to ‘soften the blow’ of the rain, and ensure it is absorbed.” 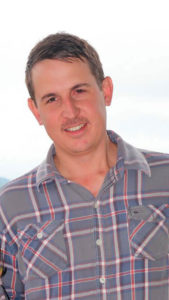 In areas where macadamia farming is conducive, the crop has dominated the landscape, creating a monoculture and reducing biodiversity. Steyn said cover crops provide a partial solution to the problem, which, if planted throughout the orchards, can drastically increase biodiversity.

“By planting a variety of cover crops you create a biodiverse environment where numerous insects – many of which prey on insects that are harmful for macadamias – can flourish. So to a large extent the insect problem within the orchards sorts itself out and you don’t require excessive amounts of insecticides, which ultimately kill the harmful and beneficial insects.”

Planting cover crops is a long term plan that requires additional effort, he concluded. However, it is a solution to the problems farmers are already facing in terms of water supply, insect load, pollination problems and November flower drop. “It is not a quick fix and farmers should consider starting with one block at a time to get the management routine in place and compare the outcomes with other blocks to see first-hand the benefits in cover crops.”